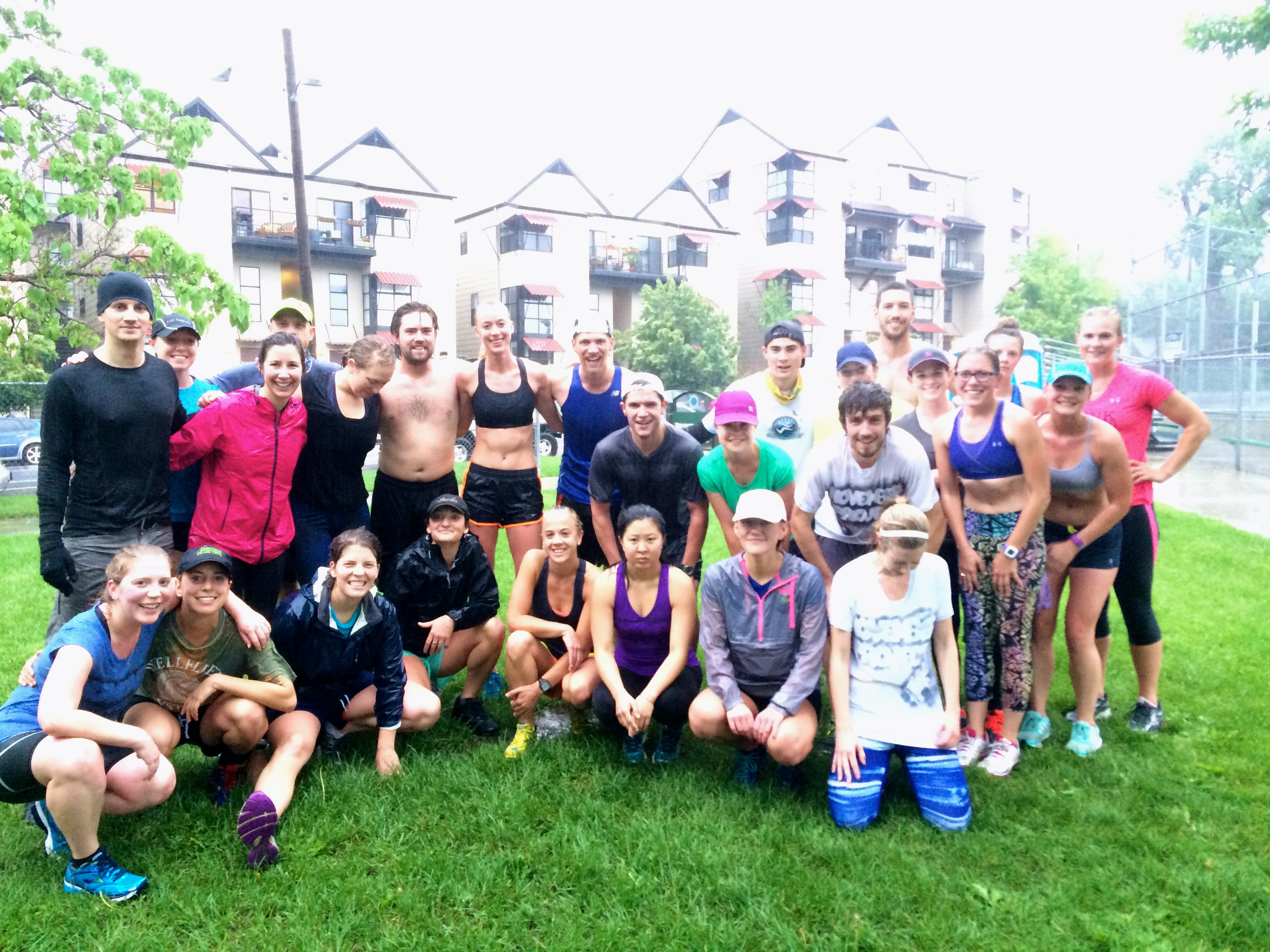 What happens when you have 3 different people write the same blog from different places? Let’s find out.

Some blame it on El Nino, some blame it on the impending death of the world. Yes, we’re talking about Denver’s favorite summer 2015 accessory: the rain. So, when it monsoons on the tribe like it did this morning, and for five continuous weeks, we knew it was time for answers. The leadership at NP5280 finally decided enough with this nonsense, it’s time we bring you an Irish man, a well seasoned rain dweller, to explain to you about the weather. Or maybe about random things that don’t make sense. The truth is, we can barely understand his accent so we don’t bother proofreading his weather reports. Ladies and gentlemen, Paddy O’Leary of the trio that runs an operation known as November Project San Francisco, with……the news:

Picture some scenarios… often labelled the exact same, but in truth they are oh so different.

Across in the city by the Bay, NPSF got some much needed moisture in the form of the lightest drizzle their Irish co-leader had ever seen. #Stormocalypse was upon us once again. Verbals were second guessed. Batten down the hatches. Close the schools. Prepare yourselves for a Stormageddon. The Tribe turned up to Alta Plaza that morning, proud in the fact that they showed their #weatherproof ways. They even lay down to do an occasional leg raise and oh no, got their neon t-shirts damp.

Meanwhile, in the Mile High city…

The Denver-ites took on a 5:30, 6:15 or double hills workout of titanic proportions with biblical flash foods, lifeboats, floating rubber duckies. It was raining cats and dogs, but ain’t nobody in Denver got time for that. The Tribe came. The Tribe bounced. The Tribe crushed it. And then ate trays of waterlogged coconut cupcakes. The Tribe agrees that breakfast is the most important meal of the day, especially with a side of #hillsforbreakfast.

So random blog poster, what on earth is this comparison all about?  Well one situation may be #weatherproof, one situation may be #weatherspoof. But hey, in fairness to San Francisco, at least they don’t have it as easy as the “King of Weatherspoof”… Misseur Graham, the Beeg, the Tall Fella, Little John, Steve_UnnecessaryInstaPosts_News, the man of the moment… Brogan Graham. It doesn’t get below 15 degree celcius in SlowCal, BG. No need for all that layering up. California has softened you up. Or is it newly married life?

In the end, that’s what being #Weatherproof is all about. That’s what this whole crazy movement is about! You get your soggy cupcake, and you can choose what parts of it you see. You can see that it’s soggy, or you can see that it’s a fucking delicious cupcake that has been given to you by one of your awesome friends as part of a celebration… and that it is partially predigested for you! That’s what I choose to see, and I’m pretty sure that you all do too.

It isn’t the cold soaked shoes. It’s the deep puddles to jump in.
It isn’t the rain drops hitting you in the eyes, it’s sleepiness being washed away.
It isn’t the semi-slippery road, it’s turning every run into an adventure.
It isn’t the dreary sky, it’s getting outside with your friends while everybody else sleeps in.

#Weatherproof isn’t just being outside in the elements. Nothing we do is just being. It’s more than that. We are more than that, and do more than exist. It’s an attitude. It’s a mindset. It’s finding all of the beautiful things happening despite and because of the “weather.” Hell, sometimes it’s seeking out the “bad weather” because you know that there will be something beautiful that most people won’t take the effort to look for. It’s finding the cupcakes in the rain.

You are all my cupcakes,
~Molly “Ringwald” Thayer
~Sharp Cheddar Sargento
~That Irish Guy

WED: Capitol Steps. Be there, or be there!

FRI: 5:15/6:00am Cheesman Park, Sunrise 6K
Deck out in #GrassrootsGear, but save a little space for a #LimitedEdition Sunrise 6K tag!