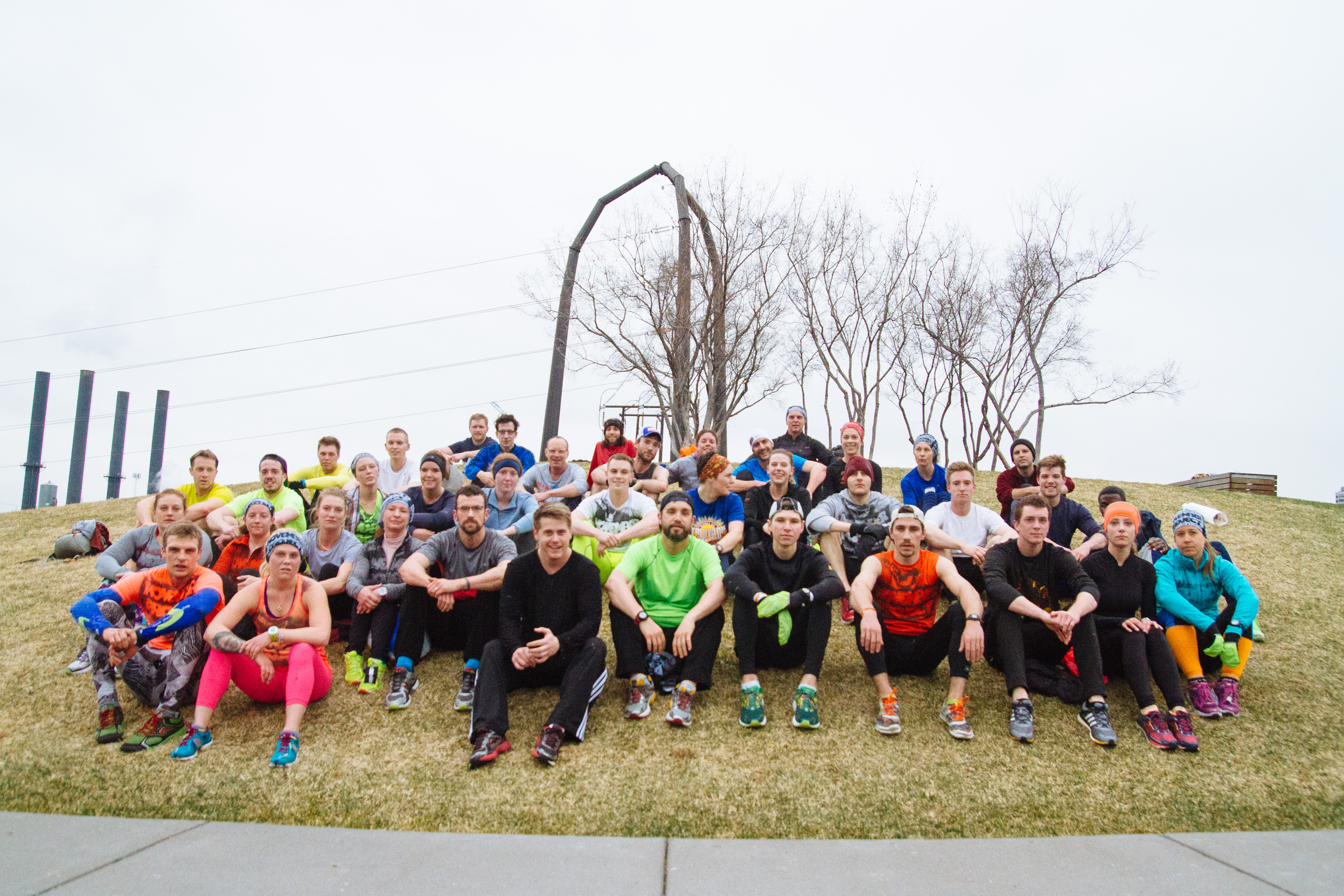 In the dark and balmy morning, tribe members emerge from their cars, run or bike from home, or manage to appear out of thin air. The time is 6:24, the tribe is 3 minutes early. We like that.  As the last few stragglers wander in,  leader Ben has members circle up and perform a 5,4,3,2, and 1 of each jumping jacks, bounces, and “knee touches” (where you jump and simultaneously touch the tops of your knees with your hands). Then the tribe was off on a warm up to end on the top of the cinnabon hill, our workout destination this morning.

Today was good.  Nah, today was pretty badass.  For all who know the messenger workout, it is one of our hardest to complete.  Our tribe members stepped up to the plate and hit this workout right out of the park.  As explained by tribe leader Ben, the workout consists of 30 reps of sprinting (not jogging) up the cinnabon hill and back down the other side.  Each rep begins at the top of a minute, taking about 30 seconds to complete.  To mix it up, a “Burpee Beach Ball” was thrown into the mix.  Should a tribe member come into possession of the burpee beach ball, he/she would have to run to the top of the hill with the tribe during whatever rep it was and while the rest of the tribe made their descent, the tribe member with the burpee beach ball would stop on top of the hill and “donate” 5 burpees and then make their own descent in hopes of just barely catching the tribe before they took off on another rep.  30 reps, 30 minutes, sore butts, and dry heaves. This workout is HARD and the tribe is STRONG.

After the workout was completed, #sweatyhugs were given out and the group congregated on the hillside for some straight-faced photos and a few announcements.  Last week’s positivity awardee Manja handed off the positivity award to tribe member/running streaker Jeremy Reichenberger and the lumberjack award was handed from tribe member Brandon to tribe member Cyndi Hovey.

Though the sun didn’t come out, this tribe’s smiles light up the whole city. Way to go MSP, #Wednesdayearned.

Send your energy to tribe member Carly Danek, she is running her first 50k this Saturday out in Oklahoma because she is incredible and amazing and badass.