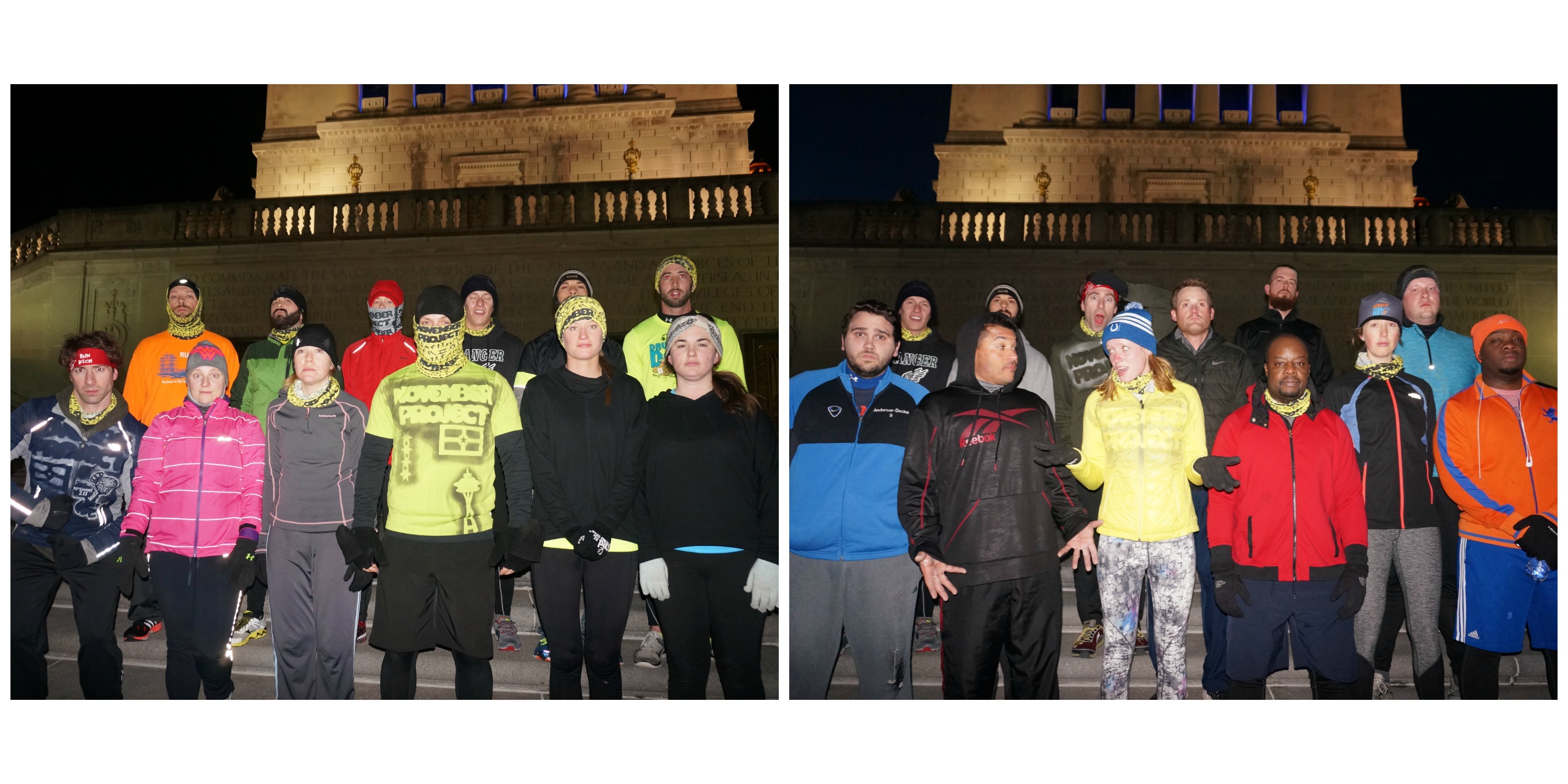 While the tribe ran the quintessential Indy #UpAndOver, on the east side partners exchanged piggy back rides, making sure to give and receive of course (#HashpoundManners) followed by leg throw downs on the south side, the ever complicated wheelbarrow lunge across the west side and hoistees on the north side. All the grunts were made; especially during the wheelbarrow lunges.

Have a great week! And go on with your rad self!