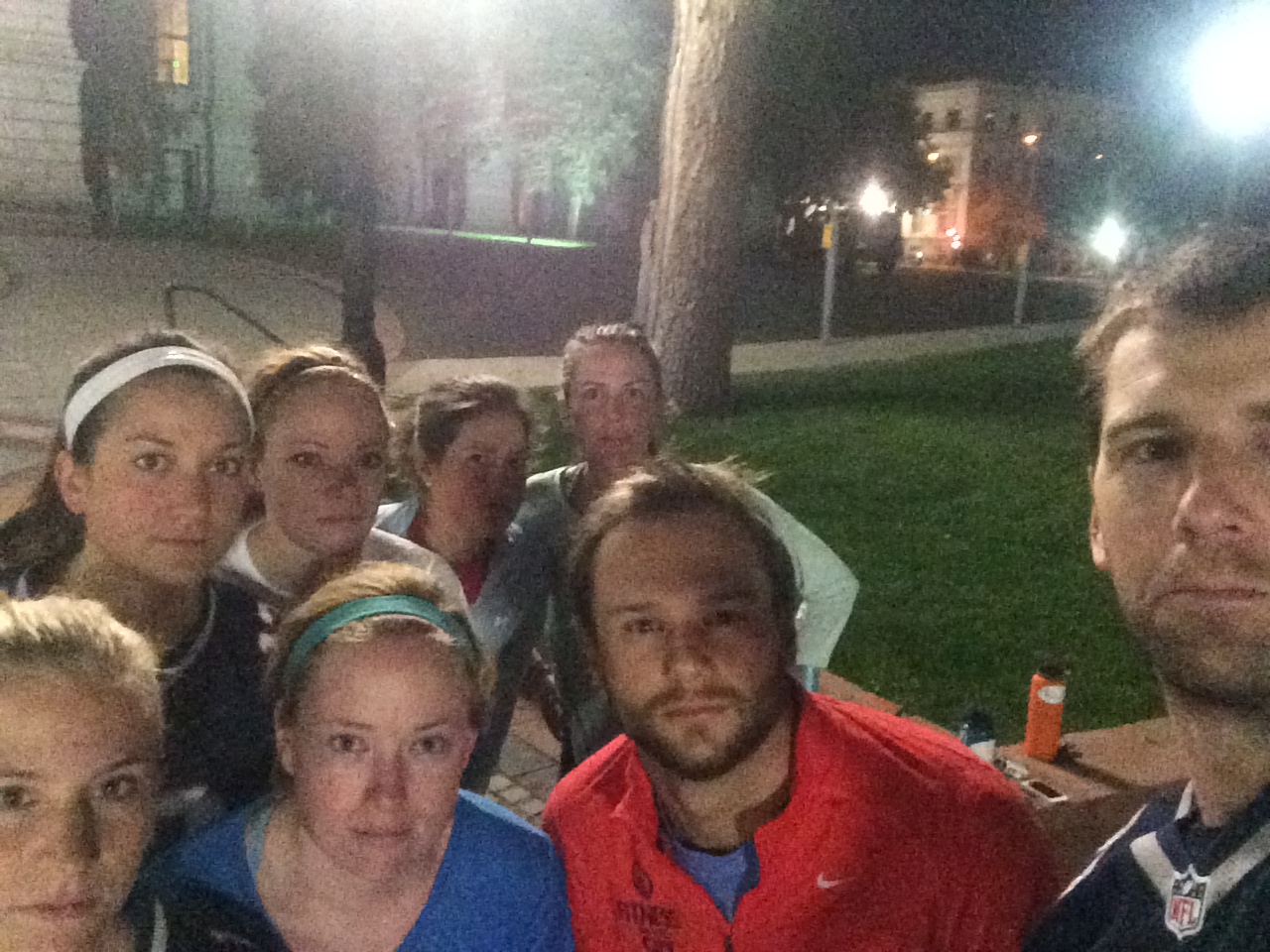 Today NP5280 Just Showed Up. Bright eyed and bushy tailed the 5:30A group kept pushing through the stair circuit even when the lights went out on the Capitol Building. Later in the morning at 6:15A, Broncos, Wolverines, Seahawks, Patriots, Mexicans, Americans, Cowboys, Jets, Bears, Reds, Rockies, Rams, Badgers, & Forty Niners all just showed up. Today we all just showed up to celebrate our sports teams, both near and far, to find a new connection with a tribesmate, and to sweat and grin and laugh and cheer.

We recognize the risk and sacrifice involved with Just Showing Up. However, through risk and sacrifice come limitless opportunity. One year ago, I took a risk in inviting people I’ve never met to wake up early to ‘exercise’ together at a grassy hill in the industrial outskirts of Denver. People Just Showed Up. And now we have a constantly growing tribe and also an amazing network of friends within the Denver Community. Thank you for Just Showing Up. And if you haven’t Just Shown Up yet, or you haven’t Just Shown Up for a while….

Robin received the Positivity Award from LaNae. The +OAR was in Utah last wknd. Will it summit another 14er this wknd?? Stay tuned.

FRI 6:15A Governor’s Park (7th & Pennsylvania St). After the workout we will make a ‘recruit everyone’ scene at the grand opening of Trader Joe’s around the block.