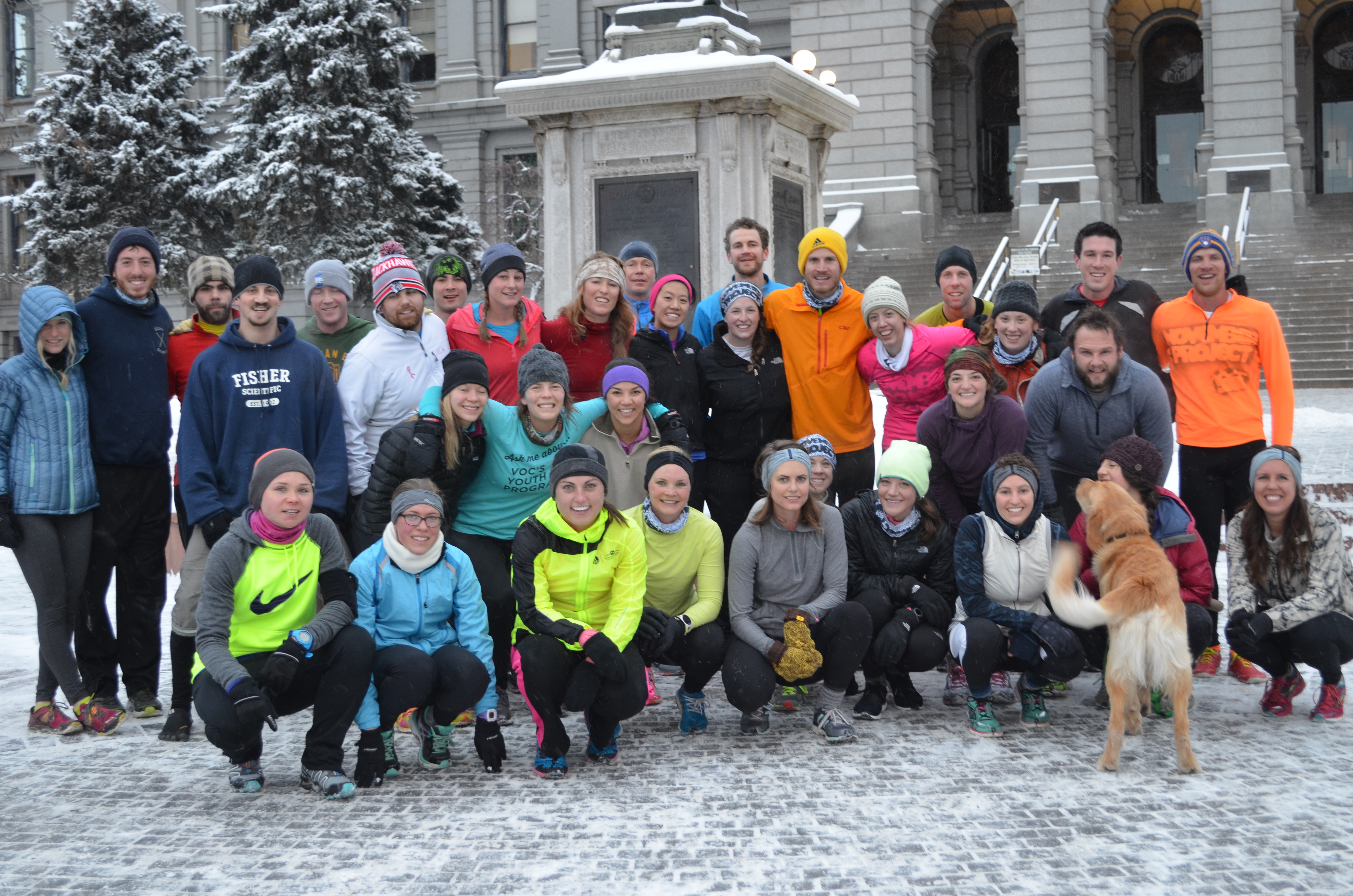 Why can’t we go just sledding?

The NP5280 tribe buckled down this morning on the steps of the Capitol Building. Having sweat through a heavy load of racing 6Ks, flying through PR Clovers, and jubilantly playing through a much-harder-than-expected sledding outing on Friday morning, our tribe got back to it’s beach-bod sculpting ways and threw down a heavy hitting circuit of strength & conditioning madness on the Levels of the Capitol Building’s front yard.

We dropped the pace a bit on the slick stairs, and returned to our 2015 mantra: Power & Perfection. Grrr, baby, very grr.

We don’t talk about the positivity award as much as we should. Throughout the winter, the wooden oar handle has been passed among our faithful, weatherproof NP5280 members. It is during this season of dark mornings and cold commutes that the tribe needs each and every one of you to squeeze out the positive vibes of each other. Today during Jessie’s speech to pass off the oar handle, she made a comment that resonates with most tribe members.  She told the tribe that she first showed up to November Project back in November for our namesake’s birthday party workout. She remembers the very first hug she received on that day. Maybe it was her shock-and-awe mix of emotions: WHY is this guy hugging me? combined with WOW this guy is hugging me! that made her remember it so well. Regardless, it is these simple actions that make the tribe vibrant, that convince people that this shit is good, and remind us that good deeds don’t go unnoticed.

Track your participation in the Movements