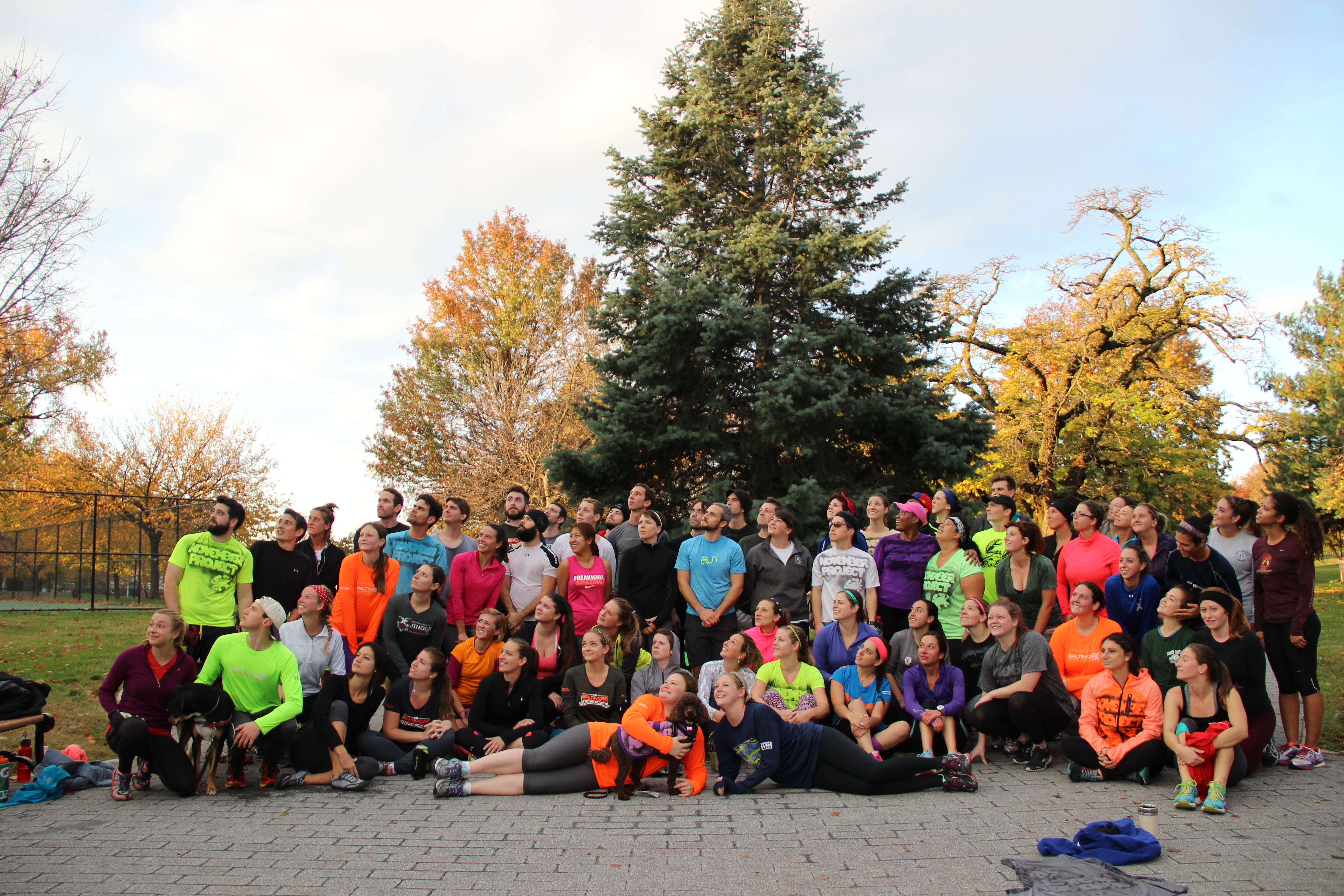 Everybody remembers those Coors Light commercials from five or so years ago, right? The ones with “Love Train” as the soundtrack? For some reason, that song popped into my head as I sat down to write this blog. Maybe it’s because it’s an amazing song for a Friday morning (you can’t NOT have a good day after listening to it), but I also found it very fitting for the incredible week that NP Baltimore and the entire November Project community has had.

As most of you know, I was not able to be in Baltimore this past Wednesday for #YearbookPhotos (silly medical school interview) when ONE HUNDRED AND SEVENTY EIGHT of you showed up for the rowdiest party Baltimore has seen in a loooong time. Instead, I found myself running the stairs of the Philadelphia Art Museum with 300+ November Project Philadelphia tribemembers. However, most of my time at the NP Philly workout was spent not on the stairs with everyone else but at the bottom, taking in the scene of hundreds of smiling faces building a beautiful community.

Knowing that this same scene was occurring in 16 cities across North America is kind of mind-blowing; 500+ in D.C., 1400+ in Boston, 200+ in SF. Nearly 4,000 PEOPLE began their days with a bounce, a shit ton of hugs, and a kick-ass workout. There is so much power behind a smile to a stranger, or a lingering hug when it’s cold and dark, or a high five and a “fuck yeah!” to someone who is struggling with the workout. The NP train is picking up steam, but it’s never too late to hop on. There is so much love to receive and SO much love to give. November Project is an invitation to be inspired and to be inspiring. Will you accept that invitation?

Today’s workout was by far our BIGGEST Friday yet; 65+ sexy, sweaty bodies woke up the sun (even though it wasn’t the Sun we were hoping to wake up #brokenverbal), took over the sidewalk of Baltimore Street, and straight up devoured #hillsforbreakfast. As the days get colder, we’re only getting hotter. Nick, Sydney, and I have only you to thank for what this community has become. To use what has become the unofficial slogan for November Project, “this shit is good.”

DECEMBER 6TH: We’re keeping this party going with a get-together the night of the 6th. You will NOT want to miss this. More details coming very soon.