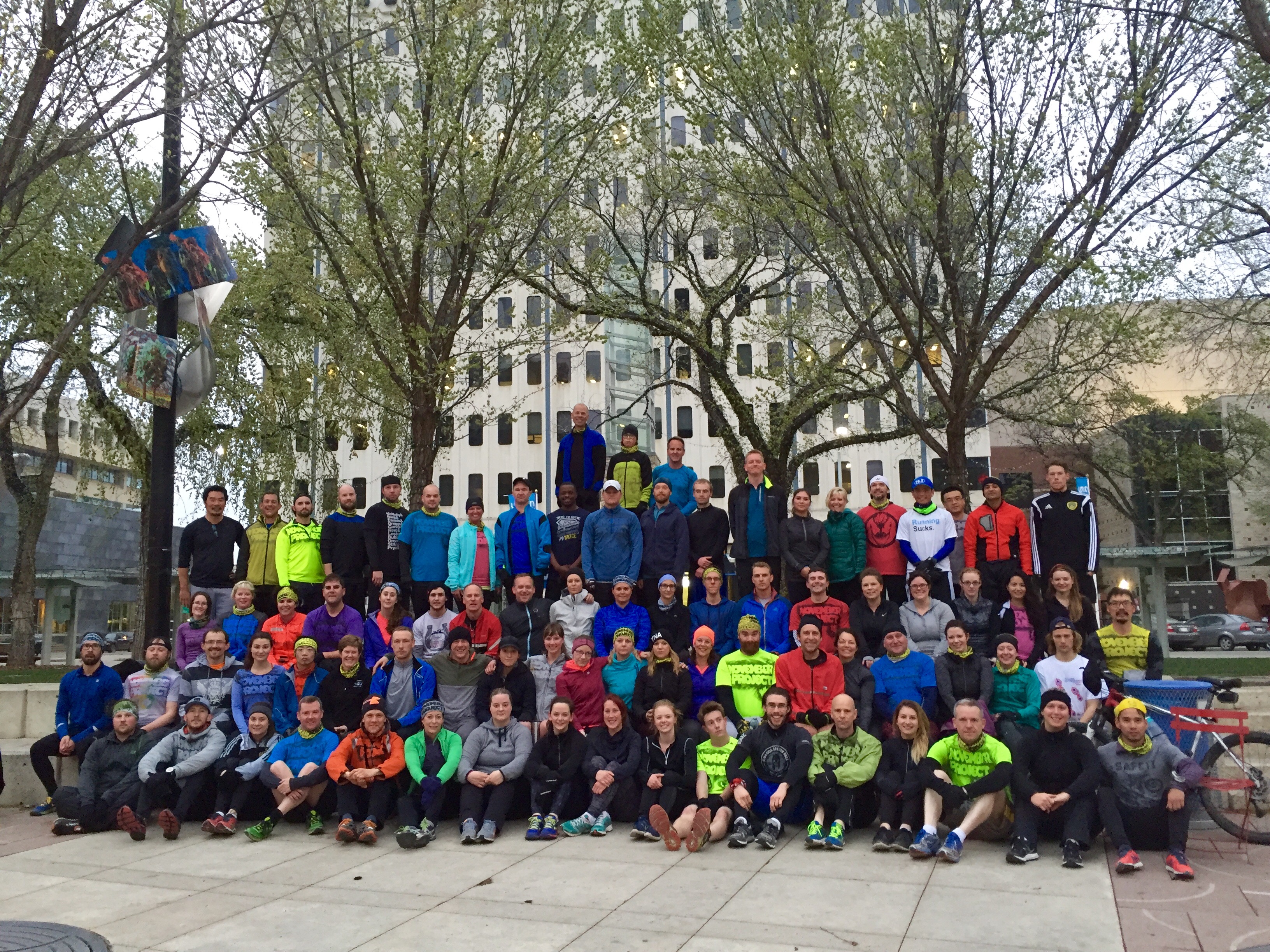 Monday’s can bring anything at NP Canada, we could be playing capture the flag, puking in the river valley, cleaning one of our go to workout spaces or extending the weekend to Churchill Square. With Jen away in Banff for a few days for a conference, #safetythird goes right out the window and we went with the latter this morning. As Tanis so simply put it, we brought my Friday nights to the workout with a moshpit (playing Slayer during this was on point). Since we are all experienced metalheads, we all know that getting hurt in a moshpit isn’t supposed to happen, its just a release of fun aggression, elbows stay down and when one person falls, there is four to pick them up. But sometimes this doesn’t happen, elbows were down but Travis is 6’5″ and Heather is not, she got knocked out cold by his flailing arm, he’s still learning how to control that body like he’s 14 still.

After a couple of slaps to wake her up, Nadim helped her out with a couple shots. He was in Vegas over the weekend for his brother’s stag and with all the bottle service going down, he saved one or two of the $3000 bottles of Grey Goose and Patron and was free pouring everyone drinks as they seemed like they were sprinting passed him, but it was more like stumbling. At one point everyone was given a drink to cheers Andrew for his almost-completed final project for school. It was a strong one because everyone hit the ground except me, we all know I’m the responsible person in the leader group and I didn’t participate in the drinking.

Aside from the drinking, it was a pretty solid workout, pushups were banged out by everyone trying to stand back up, triceps were hit by helping those who weren’t able to get back up and hoist – j’s for those who helped each other out. The highlight of the morning was when Thomas (no drinks for him, of course), as you can see in the group picture, was above everybody and performed the best stage dive onto the tribe that I’ve seen in a long time. I was very proud of my former long haired friend with his execution.

We have one more workout Wednesday before Jen comes home from the mountains, so lets make the most of it with race day at Commonwealth Stadium, meet at gate 2, 5:58am.