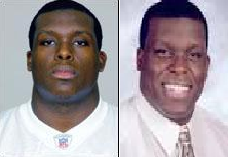 Jeff Mack astonishingly manages to experience both of the emotions depicted above – simultaneously – during every November Project workout, baffling the greatest minds in neuroscience.
We missed you, Jeff Mack – both days this past week. Since you’re not on Facebook, I couldn’t think of a better way to reach you (phone and email are so impersonal).
We’ve been through so much together; it started with Zoology 151 at UW in 1999. You probably didn’t even notice me. Years later, you helped me buy my first house, and in the subsequent phase of our life, we enjoyed many European Lunches together (editor’s note: a European Lunch is a work-week lunch of duration equal to or greater than 2 hours).
Then I started coming to November Project, and you were there. Well, a few minutes after we started, you were there. In fact, I’ve never seen you there at what would be considered “the beginning” of a workout. But you’re ALWAYS there for the 6:33am (sharp!) Jeff Mack workout.
I’ve never seen someone paradoxically hate and love something to the extent you hate-love being at NP and running distances greater than 40 (dashed) yds. The psychologist in me (9 credits completed) is eternally fascinated by this.
I’m sure you have a good reason for missing…you’re probably at an autograph signing, or closing a big deal, or bringing your seventh daughter into the world. Just let me know what I can do to help ease your burden so that you can get back to hate-loving every M/F morning with your NP family.
Share via socials: