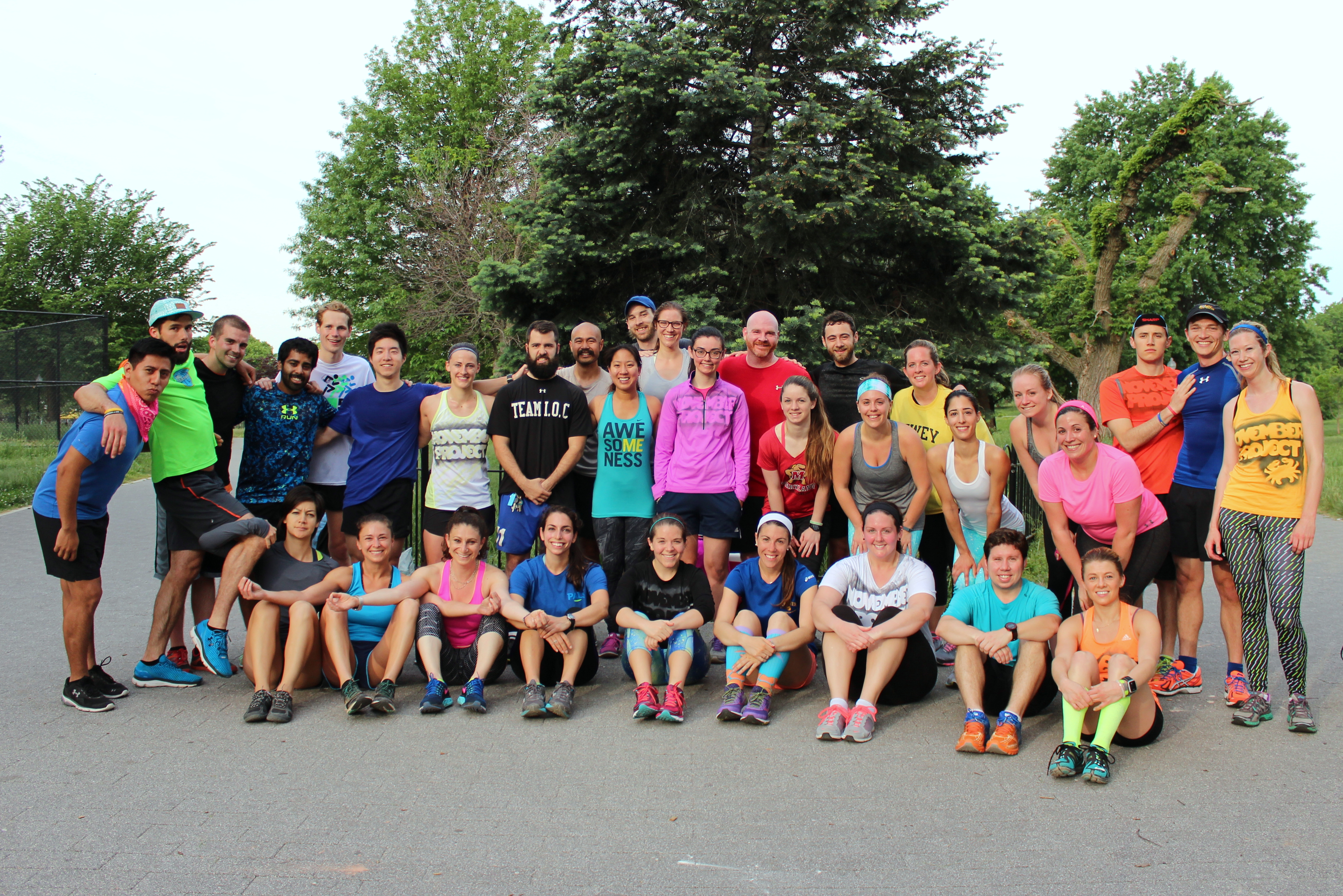 If we were negative people we might think today was “sub-par.” You might dwell on that gross dead cat we found on the side of the road, or the fact that there was a diaper on the sidewalk or the super long grass in the Park collecting trash or the squirrel Katie hit while parking her car. But thankfully we’re not whiny people who dwell on all the negative things about the city…we’re positive forward thinking folk who squeeze the good out of every single morning, even if numbers are down because the whole tribe was taking exams or something.

To combat any sort of negative sentiment, I will leave you with eight awesome things about this morning and about our city.

1. Traverbalers:  Yeah, we had a few. Coupla’ Boston cats, a Philadelphia speed demon by way of New York. I think it’s pretty awesome I get to meet people from other cities who just happen to show up at 6:30 am in the same exact place as me. I then get to bring them to our favorite local coffee shop, Grace’s Acre, and have them experience all of that Baltimore glory. This leads me to #2.

2. Grace’s Acre:  If you haven’t been there and you haven’t met the owner Reuben, I highly suggest you go. Beefsticks are on point, coffee is above average and sometimes, if you’re lucky, you’ll find a box of candied ginger. That’s right, CANDIED GINGER!!

3. Summer Snowballs.   Summer is almost here and that means snowballs. Yeah, they were invented here….learn up! As a native Baltimoron I grew up with these delectable summer treats. I’ve been scarfing egg custard snow balls since before I knew what egg custard was. I still don’t know what Egg Custard is but that’s besides the point…it’s the best snowball flavor in the world. If you’re looking to explore Baltimore’s Snowball scene this summer here is a little bit of information. I’m leaving my personal allegiances out of it.

4.Giovanni Vargas. This guy has been taking photos for us since before there were enough of us to take photos of. I highly suggest you find him next workout, give him a huge hug and then have him shoot your wedding. HE’S THAT GOOD! Thank this guy every chance you get, he’s been making you look popular for a long time. Seriously, your facebook would be a cavern of  sadness if it weren’t for him. I’m going to hire him for my dog’s first communion after after party.

5. This picture, just because.

6. Tribe creativity. The tribe is exceptionally creative and weird. That’s why I like it. Seeing what you guys did in order to earn key chains leads me to believe that the tribe is capable of pretty awesome stuff. I’ll leave you with this dinosaur trying to do burpees. It makes me laugh. You’re a hunk of marble if you don’t think this is funny.

7. Baltimore was the first city to have 311 service. This is the non-emergency service you call when you find dead animals on the side of the road or your neighbor dumped an old toilet in your backyard. Thank you Baltimore for giving us an intelligent solution to this issue. Without 3-11 I would have had to turn that toilet into a flower planter. Take that BOSTON!

8. Union Brewery’s delicious beer and willingness to roast a whole pig for our benefit. You should join us tonight at this event because it’s going to be cool and we can drink beer and recruit other unsuspecting beer drinkers.

There are lots more but I have some bacon to cook and lots of leather bound books to read.

Go out and spread positivity, and as always…Take Big Bites Out of Life.