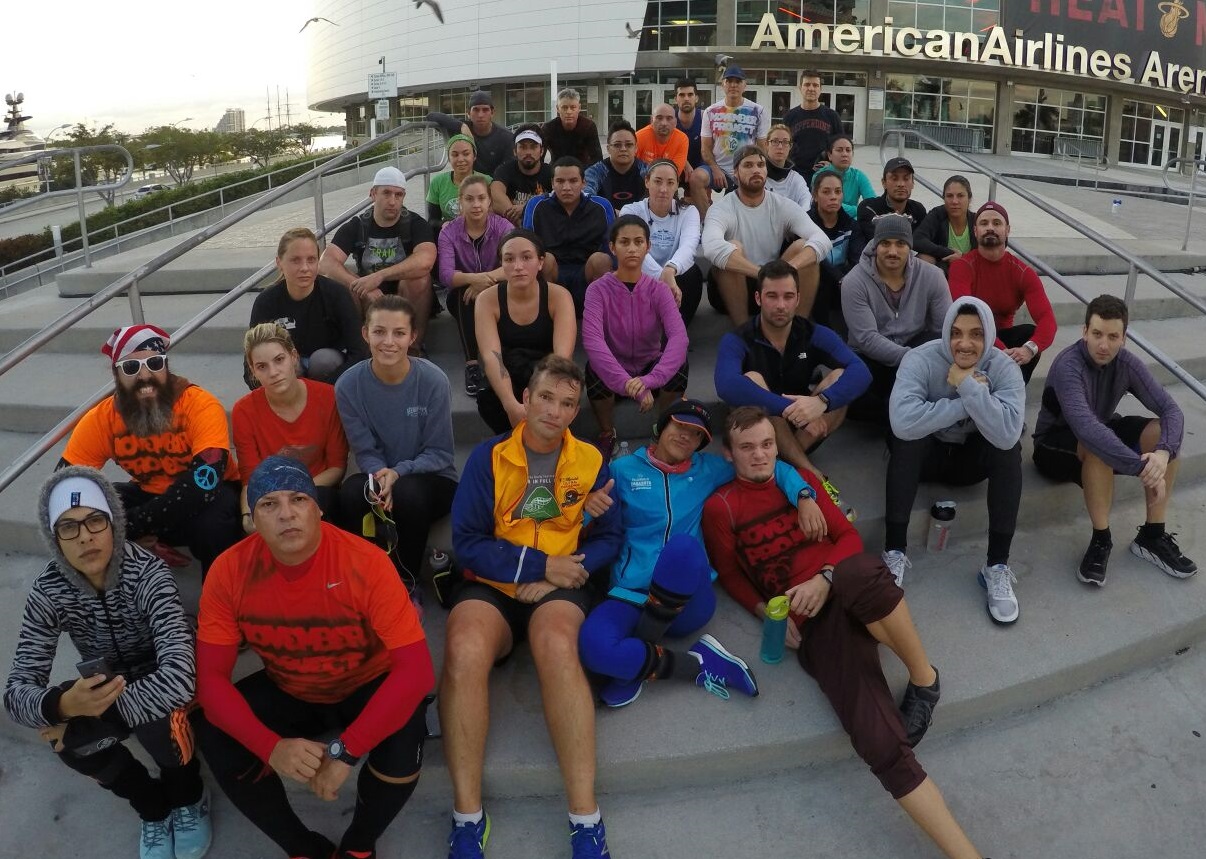 Welcome to the November Project Miami blog! My name is Freddy Garcia, and I have been an obstacle course racer for 5 years now. My life changed drastically after I realized that getting fit can be fun too! After my first obstacle course race, I lost 60 pounds, and have never looked back!

My partner’s name is Tyler King, and he’s the fast one. He’s always out in front when we are training with large groups, and he is the charismatic social butterfly that everyone wants as their friend. I’m more of the organizational planner and leader.

In high school I was:

But all that was almost 30 years ago! Now I’m the Director of Finance for a tv/movie post-production company in Miami.

Why did I start a November Project group in Miami?

Tyler and I had been organizing a small group to train with us on Wednesday evenings, just because we HATE running by ourselves.

Tyler and I were honored to pledge and bring November Project to Miami, and just about cried when we gained the official “tribe” designation on December 9th!

The attached picture is our scary, bad-ass group pic from this morning’s workout. Our numbers continue to grow as more and more Miamians learn about November Project, and our focus on bringing our community closer through free fitness and genuine kindness.