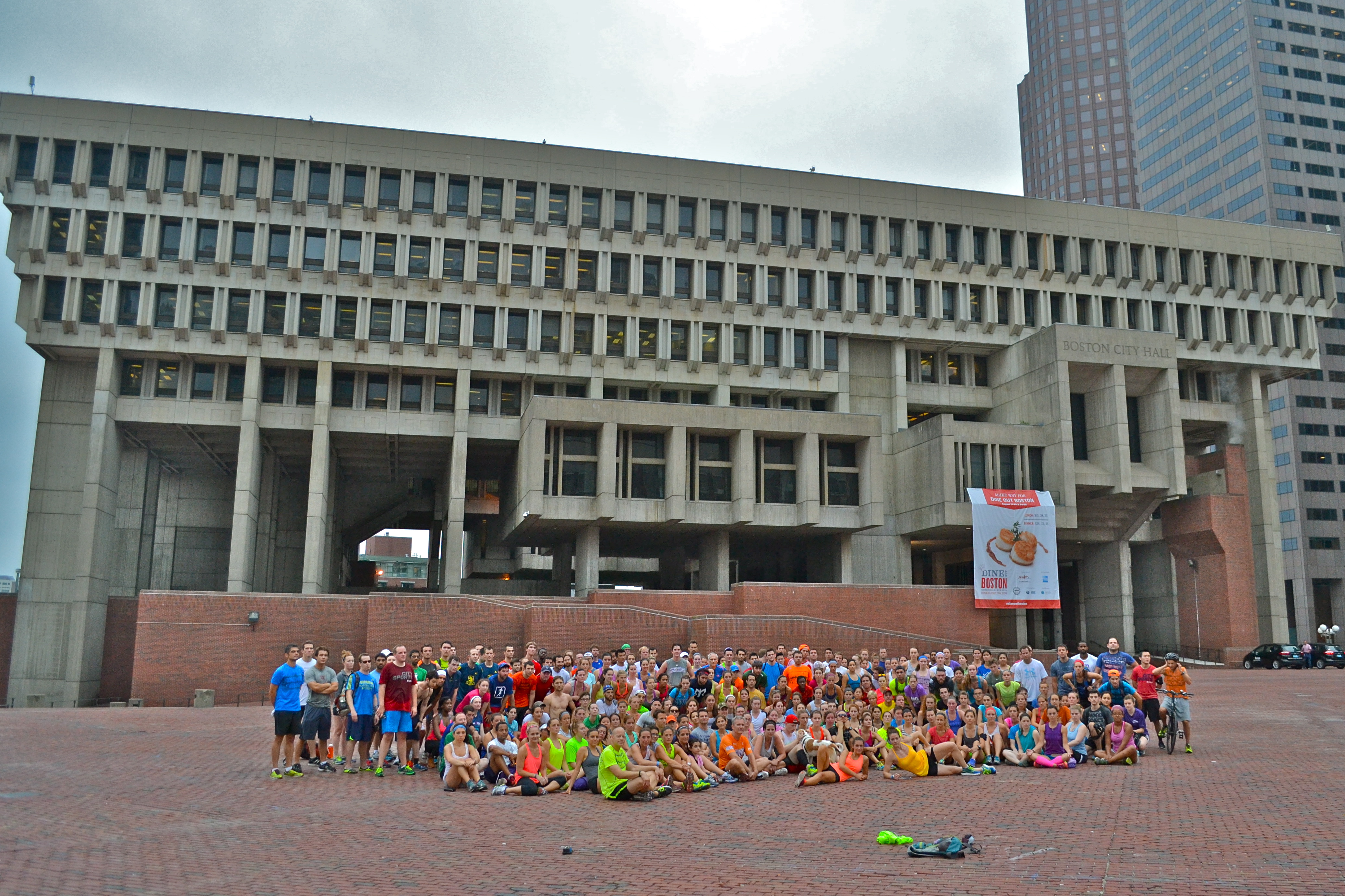 We don’t have a mascot here at November Project. Frankly, between the alarm clocks, hugs, racing, laughing, tours, hills, decks, and hype, we never even thought of it. But this Wednesday morning all of that will change.

As most of you know, on the very last Wednesday of each month, we race the full 37 section “tour” of the Harvard Stadium. Our DJ will be there, your shirts will be painted (see details below), and your times will be recorded and posted.

Those that post their fastest time ever for running 37 sections will also have the opportunity to meet Phoebe the #PR_Pig. Phoebe only drops by for the best racing day of the month and she only hangs out with people that post PR’s (Personal Record). No exceptions!

As you know, we’ve been recruiting Mayor Marty Walsh to join us for a workout or five, but he’s been politely ignoring our invites. This morning we decided to come on to his turf at City Hall Plaza to see if he will change his mind. Unfortunately he didn’t but we still had an amazing time. Please join us in our continued recruiting efforts to get Mayor Walsh to the workout by telling him in 140 characters or less what he’s missing out on. Just don’t tell him that he’ll meet Phoebe, he’ll get to do that only AFTER he posts a PR.

On Wednesday, we are also painting t-shirts. But we’re going oldschool. We’re painting ONLY WHITE TOPS. Why white? Because that NOVEMBER PROJECT logo looks super crisp on the white background with a black paint. Have a great week and we’ll see you, your game face, and Phoebe in few days.

One Reply to “Introducing Phoebe The PR-Pig”