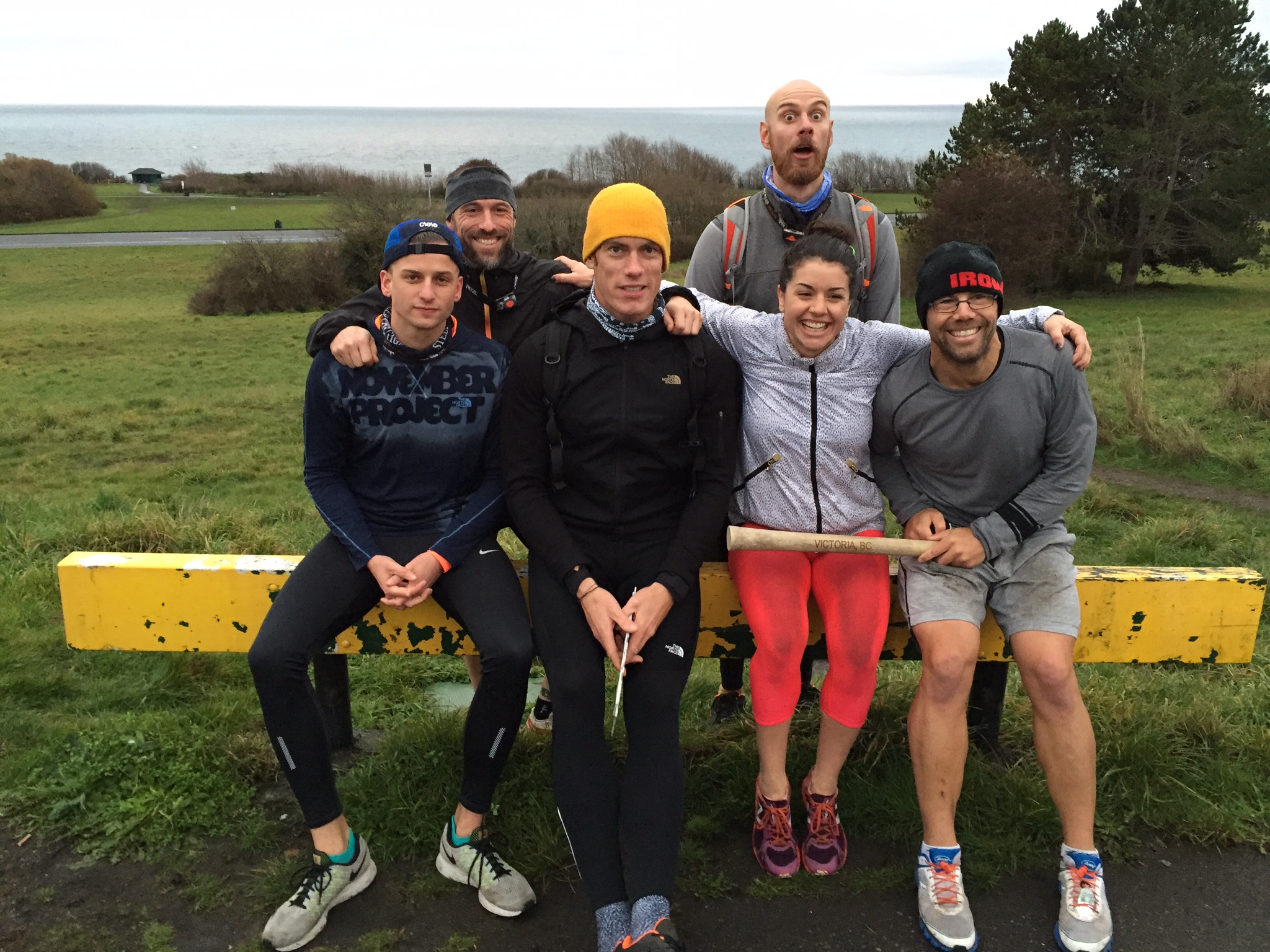 It’s 7:32 a.m. The hour-long November Project workout is over. My chest is wet and dirty from doing burpees. My shin is bleeding from falling on the hill climb. But it was well worth it: Endorphins are flowing, I saw the sunrise, and I just hugged a dozen strangers. Together, more than 150 of us worked hard to get fit in Victoria’s Beacon Hill Park.

So writes #NP_Vic tribe member and Olympic Champion (Rowing, 2008), Adam Kreek, in his latest health promotion article, published today, for our national broadcaster, CBC Sports, and on behalf of the Canadian Mens’ Health Foundation campaign, Don’t Change Much, for which he is an ambassador.

As members of the November Project family – even those of us still very wet behind the ears after being so recently welcomed into the fold – we all know the way in which barriers-free, bad-ass, community-centric fitness can help change the worlds of those taking part. But it’s gratifying to see champions like Adam taking part and spreading the word, helping us get one step closing to changing the whole damn world.

Big thanks to Adam for being a natural born leader of our Victoria tribe – even if the 20-something ladies in yoga pants are kicking his ass in his post-Olypmpic state, as he describes in his piece – and for repping so well what we’re doing up here north of the 49th, and the science behind the movement.

Former physicist and national-class runner, Alex Hutchinson now writes a blog about the science of training and fitness. “Exercising with partners or in groups has all sorts of benefits that have nothing to do with neuroscience, from the simple act of committing to meet someone to the pleasures of gossiping during a workout. But the endorphin findings help explain how exercise is transformed from a chore to a lifelong habit.”

“Last fall in Boston we had a workout where we had 1,400 people — before work,” Graham adds. “We just hosted our third November Project Leadership Summit in Utah, where we had 26 city leaders and 600 people overall.” Endorphin production or not, this movement motivates large groups of people to healthier lifestyles.

You can read Adam’s article in its entirety here: http://www.cbc.ca/sports/olympics/kreekspeak/november-project-kreek-1.3362167.

One Reply to “In the News: “November Project aims to remove financial, motivational barriers to exercise” (VIC)”