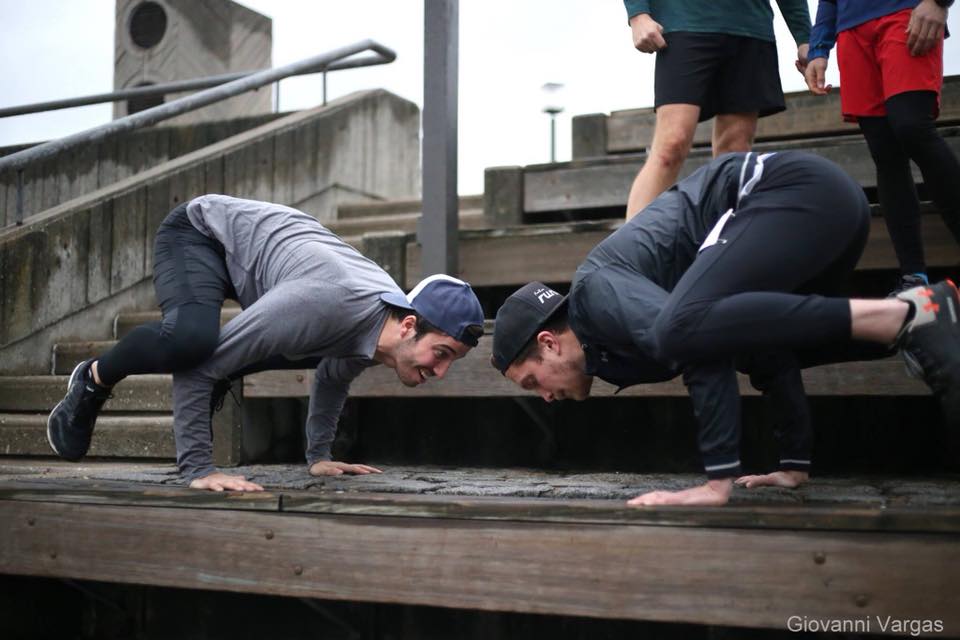 Ian & Garrett…We Missed You
The bond between Best Friends is an ancient and sacred bond. One does not enter into becoming best
friends lightly. And it is for that reason I now write this announcement. For 2…I’ll say that again 2 of my
best friends have let me down this Friday morning. 12 hours previous they extended their hands in
friendship, and then proceeded to spit in my mouth. Was it a coordinated effort? I may never know. But
when the dust settled from our 6:30 am bounce session, and the warmth of hugs faded from my chest,
they were nowhere to be found. 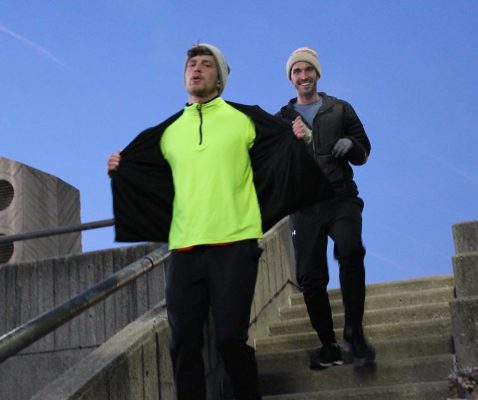 …12 hours earlier…
We all met up at the rock climbing gym, Earth Treks, as we do most nights. Ian asks the group if we are
going to NP in the morning. He says “it’s just around the corner from the apartment tomorrow, not in
Patterson Park, so I am going to go”. Garrett then proceeds to say, “Oh shit, really?! Might as well go
then” (If those are not affirmatives then I don’t know what is). Not to be outdone by my friends when it
comes down to NP, I quickly add that I will be there as well. We have a great climbing session and then
part ways saying we will see each other bright and early. And thus began the pact that we friends made
to each other before that fateful morning…

…12 hours later…
As we followed our fearless leaders Nick, Emily, and Kay down the hill, I had one last hope they would
come running around the trees (most likely in slow motion). But all the hope in the world could not
make that a reality. For they were warm, dry, and still in bed. With a single tear drop streaking down my
cheek, I turn and chase after the group. Silently reciting the infamous song, I’m Forever Blowing
Bubbles. “…they fly so high, nearly reach the sky. Then like my dreams they fade and die”. Thanks for
making my dreams fade and die Ian and Garrett.