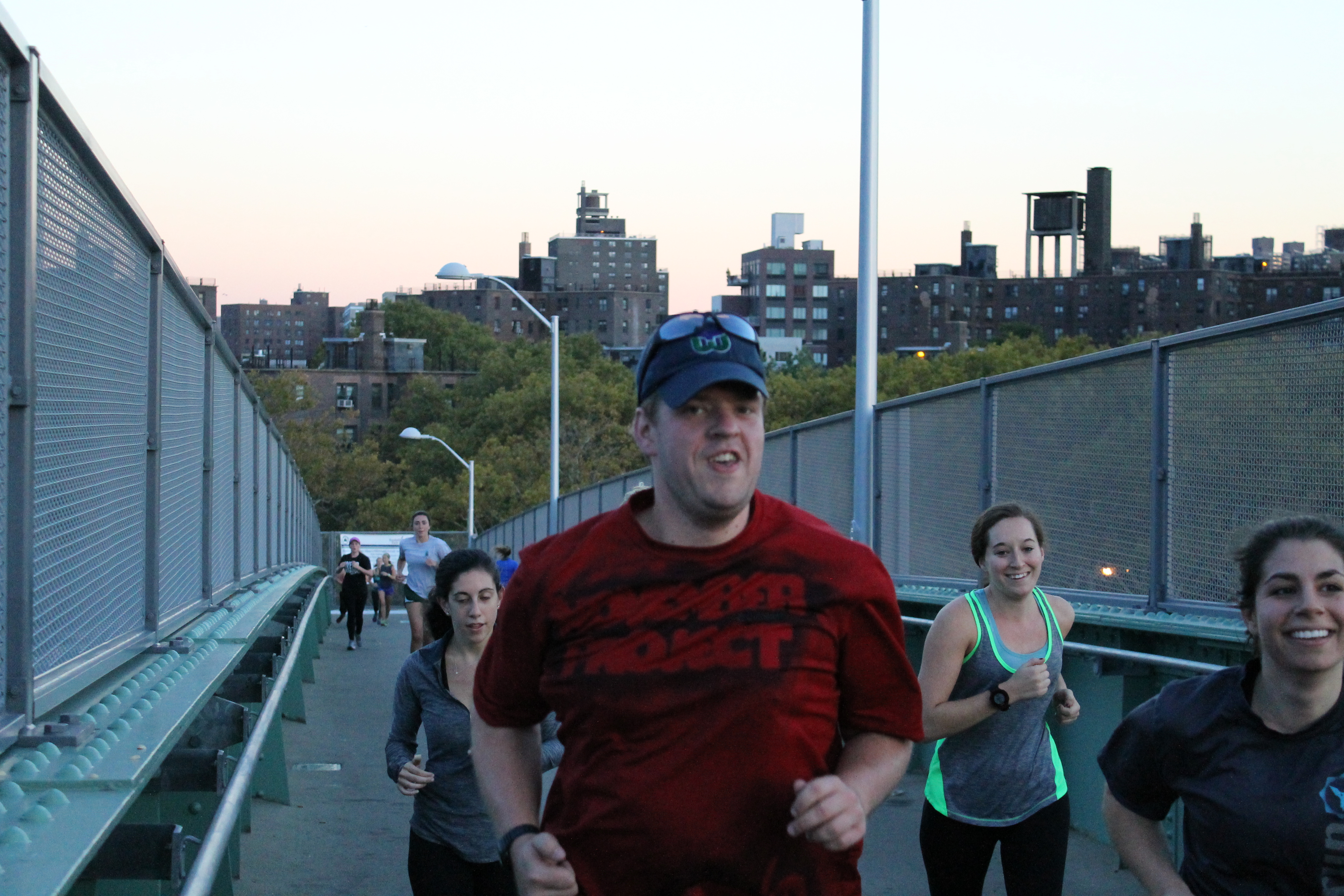 The day was Friday, July 30th–a typical warm summer morning in New York City.  The Tribe met at One Penn Plaza to test out a new location.  The location was ideal since it was next to Penn Station, but we had a little issue with the cleanliness (or lack thereof).  Commuters walked by feverishly as we ran around in groups of 5-6 while holding hands. The theme of the day was Eighth Grade Dance, since our landlords-for-a-day wanted us to tone down the language.  We had a good time anyway–see below.

Enter John Massey.  This day was the first day John Massey #JustShowedUp. I didn’t recognize John, so I new he was a newbie. I immediately hugged John and told him, “Thank you for being here.” I then asked, “How did you hear about us?” John quickly replied, “I love hockey!”

To this day, this is one of my favorite answers.  John is a big hockey fan and knew of November Project because he followed NHL folks Andrew Ference and Patrick Burke.  John was excited that NP was now in NYC, but he didn’t feel fit enough to attend until this day.  Inspired months before to get healthier, John started seeing a nutritionist and also started walking. His body weight was reduced by almost triple digits and his body fat % dropped like the 1929 stock market. Well, this day was to be John’s first NP workout. And he has not missed a workout since.  John has earned the respect, the love, and today, The Positivity Award. John, thank you for being here!

Other highlights from today’s workout included, but are not limited to: