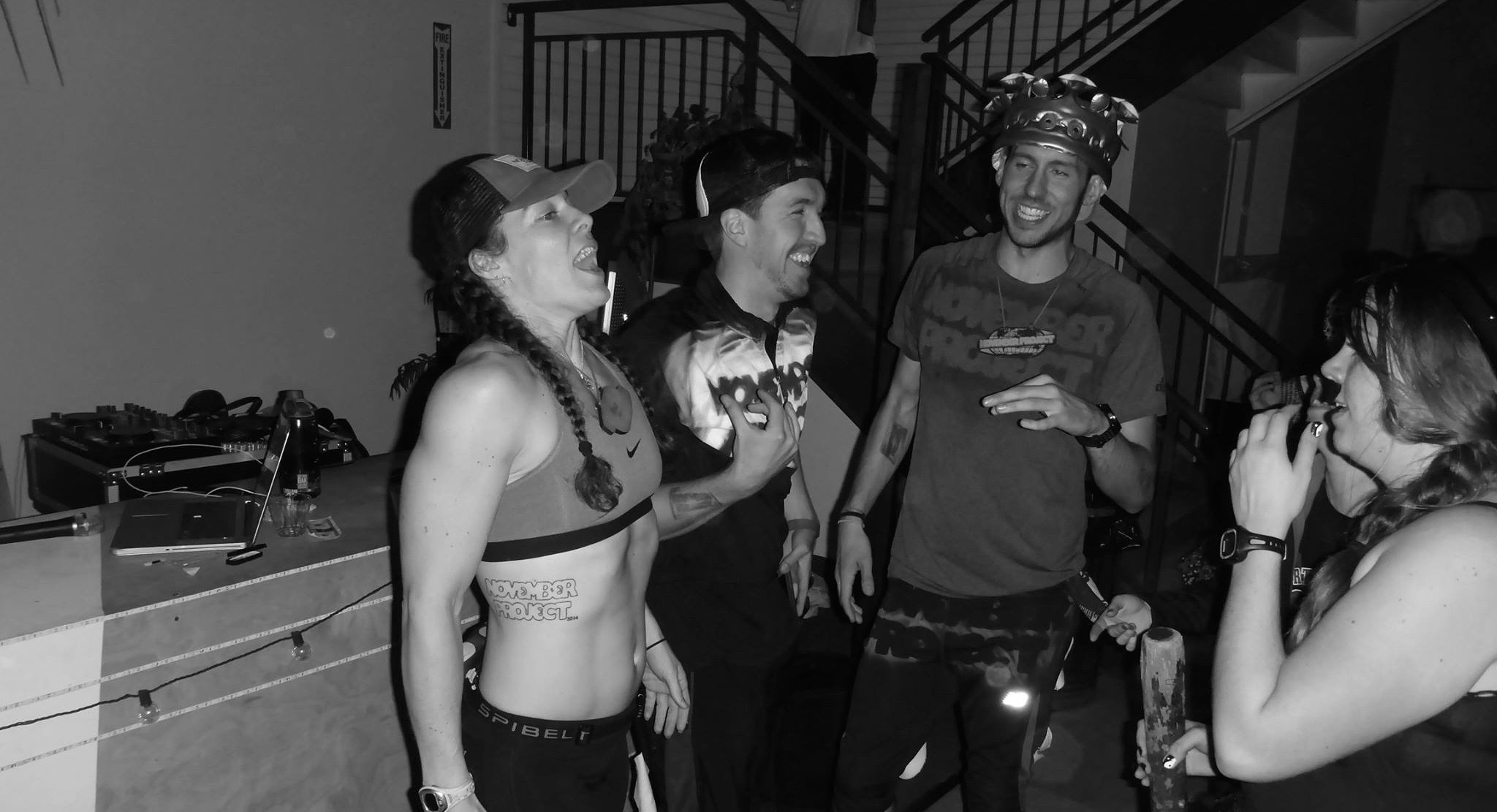 Wow. What a ride. Guys, it’s been 2 months since I was handed the reigns to this beast of a movement, and I don’t know that I’ve ever been happier in my life. Running the tribe is hilarious and fun, stupid and weird, great and freakin fantastic. Sure, it’s hard work at times, but it’s some of the most gratifying work I’ve ever been able to do in my life.

I flew home yesterday from North Carolina and after running around with EmC setting things up for #betterThanBedtime realized I was running on coffee and a slice of pizza. On our way to the stadium I felt super shaky and cracked out, but by the time I got up there in front of you all, the hype took over. I don’t know if you felt it. But the excitement was through the roof. Even the football players couldn’t resist getting in on the vibe.

The sun was down.

The lights were on.

The weird was ever present.

It’s nights like last night that make driving this tribe a freakin blast. So so so many people came out in droves last night, in ridiculous costumes, from Obi-Wans and Darth Vaders, to Cards Against Humanity, to some not-sexual-at-all Outlets and Plugs. You guys are amaaaaaazing individuals. It’s pretty clear that when we say dress up, you say “F*CK YEAH” in a big way. Watching Emily energize and communicate to the tribe everything that needed to happen to make last night go off without a hitch was amazing. Running behind Chris while he Capozzied* the crowd all through Boston was phenomenal.***

Are there growing pains in becoming a new tribe leader? You better believe it.
Are we quickly figuring out what we do well and what we need to do better? Oh yeah.
Are we loving every minute of it? Abso-f*ckin-lutely.

Now’s the time for us to thank some of the other people that made last night possible. First, a huuuge shout out to POP Allston and Alana “The Queen of Allston” Olsen. They put up with our last minute planning, and frankly a lot of bull— over the last couple weeks, and we couldn’t be happier with the space, the similarity in our mission statements, and overall awesomeness that POP Allston provides to their community.

We’d also like to thank Harpoon and 90+ Cellars, for helping us bring the party. And last but certainly not least, DJ Phoenix (aka Laura Ingalls), and DJ Big Al** (aka Alex Magan) RIPPED IT UP last night. They kept us dancing for 3 straight hours and I think there’s a handful of you that didn’t stop all night. Props to you.

Then this morning came. Like a truck full of bricks that alarm went off and it was time to do it all over again. Some of you hit snooze like a bunch of idiots (lookin’ at you Champagne, Morvant, Blumberg, and Amina–to name a few), and we’re currently accepting “We Missed You” posts for anyone who dropped verbs and didn’t punch in this morning… If you were on that team, I’m sorry ‘cause we started off with a bounce-song favorite from last night, and went straight on through to three legged-race-warm-ups and 7 minutes of all out burpees. Wait, then did a rando-dice roll too?! YUP. Memories were made, outfits weren’t changed, and everyone got a quick-kick-ass workout just in time. Wednesday we’ll be back at Harvard Stadium for. Back where it all began. See you there. #verbal

*Capozzi: (verb). – to do an action (typically running) with extreme excitement and enjoyment, sometimes including disarray caused by said excitement. Ex.) “Dude, I started capozziing last night on my way home and somehow wound up in Montreal with a large black lab, a lobster, and a big gulp from 7-11.”

**According to DJPhoenix, she and DJ Big Al’s mother think he can think of a better name, so please message Laura with suggestions.