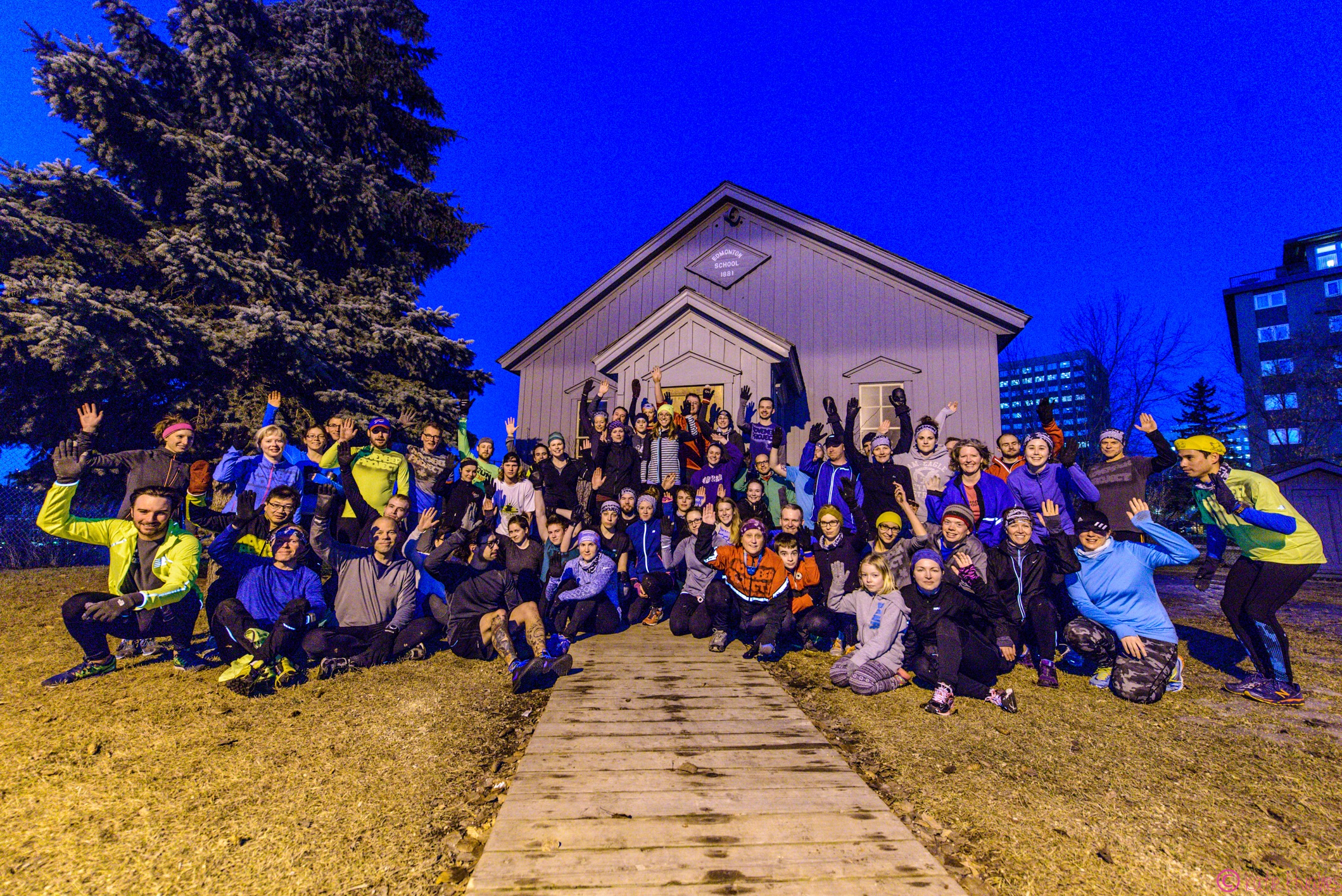 Edmonton’s first public school opened in 1881. It was built by the two hands of Edmund Peter Sebastian Bright in 1880 but classes did not start until the following year. Edmund (or EPSB) not only built the school, but he was also the first teacher there.

Every morning would start with half of the class chopping wood, and lighting a fire to provide heat for the day. The rest of the students would carry water after taking turns at the water pump. Mr. Bright needed the water so his voice would not get hoarse from yelling. Did I mention that each student had to wear grey dress pants, a white collared shirt and a tartan tie? If at any point throughout the morning, the white shirt became dirty, the student would get hit across the hands with a ruler, and then stand, facing a corner with a dunce cap on. Once the room was warm, and the water was poured, everyone stood up, with perfect posture, of course, and sang O Canada. This was followed by the learning component of the day. It’s not clear what the subject was. There were pages missing in the archives here but it is likely because there was no actual subject being taught. The only thing that anyone learned was discipline. If your back was not straight, or if your shirt was not tucked in, you would have to write lines at recess. If you spoke out of turn… Lines… If you put your hand up and it was not straight…. Lines… You get the idea. The morning ended with wood carving class where students would take dead branches from the bottom of the hill below the school and whittle it down to a smooth stick. They would paint it black or dark brown. This was followed by everyone’s least favourite time, lunch, which only lasted 15 minutes.

The afternoon session consisted of children putting their robes back on, and using their newly crafter sticks while they learned how to defend against the Dark Arts. Here they would learn to fend off basilisks and goblins. By the end of the year, they would be able to call upon their patronus to save themselves from the dementors. At the end of the day, the children would walk out of the class, in single file of course, and head to the train station which took them to an unmarked platform at the train station at Kings Crossing. This is the true story of Edmonton’s first public school.

See you all Wednesday at RG Stairs.