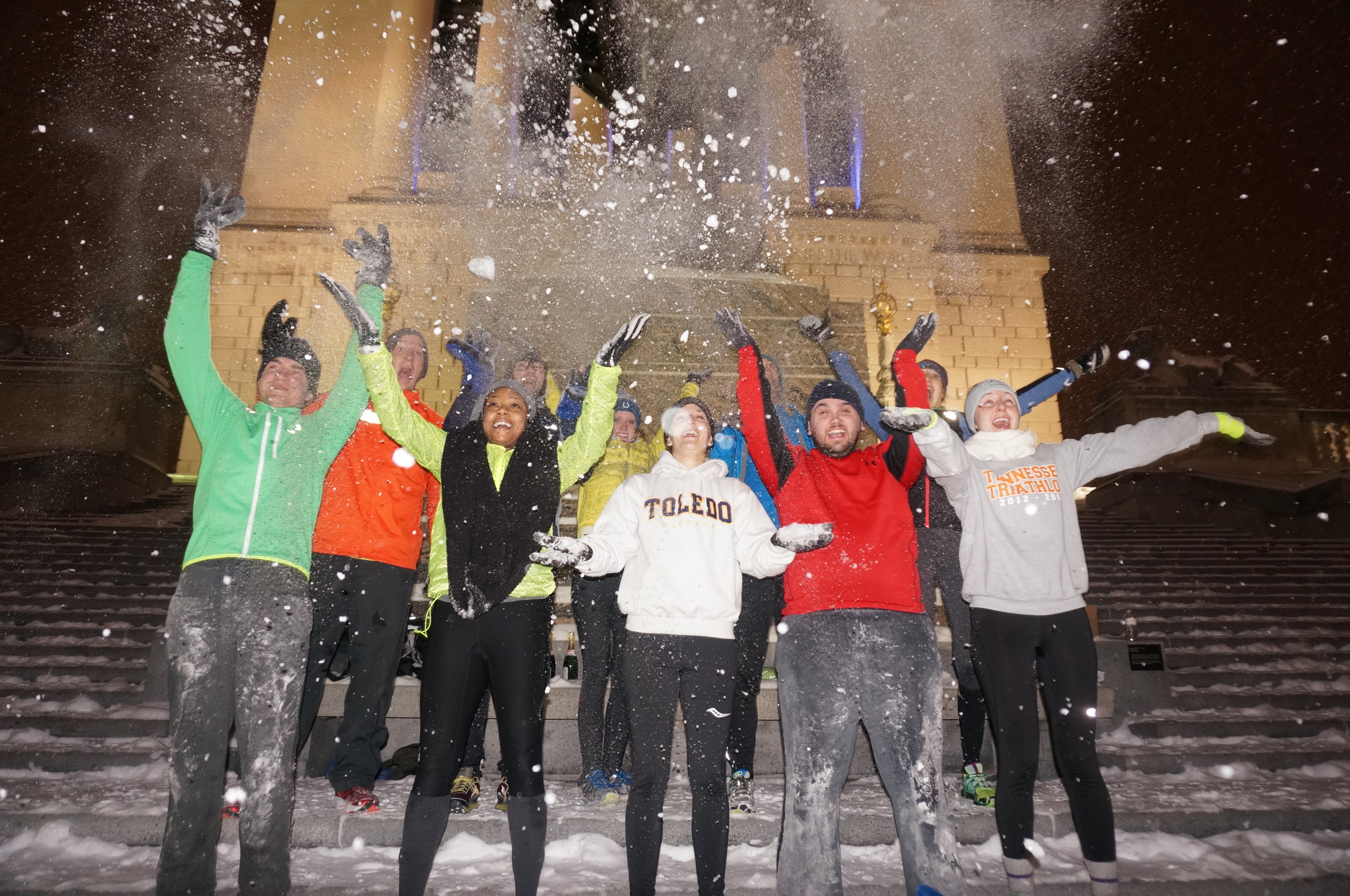 No better way to celebrate a second birthday than to have a dance party with presents in the snow.  Sadly, the Central Indiana snow plows were not as on point as the tribe members who braved the slick conditions to #justshowup, but the snow did provide us a with a beautiful setting on which to throw down this hoedown.  We stuck to the basics and what we do best by hammering out stair runs for 5 minute intervals with some birthday presents in between.

And in the end, bottles were popped, cheers were made, donuts were crushed, and thanks was given for another amazing year of #NP_IND.

Shout-outs go to those who were up but couldn’t make it due to the rough road conditions…thanks for sending out the birthday wishes and staying safe.  We will catch you next week.  And of course, KGergs for this lovely birthday greeting from work.

Positivity award this week went to Blake The Blur – who consistently baffles tribe members and physics with his speed.  But on top of that he’s always smiling, always positive, and always making Wednesday’s better for the tribe.

Stay safe out there and bundle up!  Here’s to year THREE!!