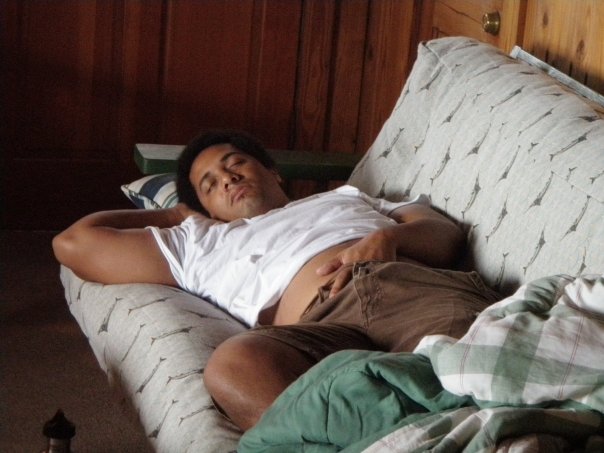 You started off on the wrong foot. You showed up late to Alewife, where my two work friends and I had already finished our giant bowls of duckfat fries and our first round of drinks. We were pregaming our cultural excursion to see Wicked. And you were late.

The conversation topic that most impressed my friends was November Project. Each comment you made about your involvement with NP caused my friends’ jaws to drop, and their eyes to twinkle, ever so slightly more. It was impressive. (I think I saw your chest puffing up, too.) The message you were sending was crystal clear: “I’m an NP regular—a burpee-busting, circuit-crushing, hill-hustling machine.”

Before we knew it, it was showtime. We closed out our checks, and made our way across the street to the Hippodrome. Fortunately, Wicked was wicked good. Unfortunately, it was so good that, before we knew it, the curtains had come down and the show was over and done with. L

It was now almost 11 p.m., and we’d just exited the theater and out onto Eutaw Street. Standing there, we were left to deal with that awkward moment at the end of every social gathering: How are we to act, and what are we to say, when parting company? You’d just met my two friends that evening, so the proper protocol was even less obvious.

All four of us navigated through this awkward moment brilliantly—or so I thought. You see, as you were turning off to head in the other direction, you raised your hand to signal goodbye and let slip words that you might now regret letting slip: “I’ll see you tomorrow.”

I’ll see you tomorrow. Those words unambiguously convey a #verbal. You committed what, in the legal world, is called a “verbal act”—your utterance of those words alone bound you to appear at this morning’s workout. Your words, in the world of Oz, were like the spells in Wicked—they couldn’t be undone, couldn’t be unsaid. There simply are no backsies here.

And yet, this morning, you broke your word. There were a lot of people out there at 6:30 a.m. today. But you were not among them. And Nick confirmed that nary a Maurice could be spotted at the 5:30 a.m. workout.

I can’t—and won’t—speculate as to what happened. We all make mistakes. Sometimes, however, people need to be called out for making them. So I’m doing that now.

Spellbound by your absence, I remain,

Wookie and the Tribe