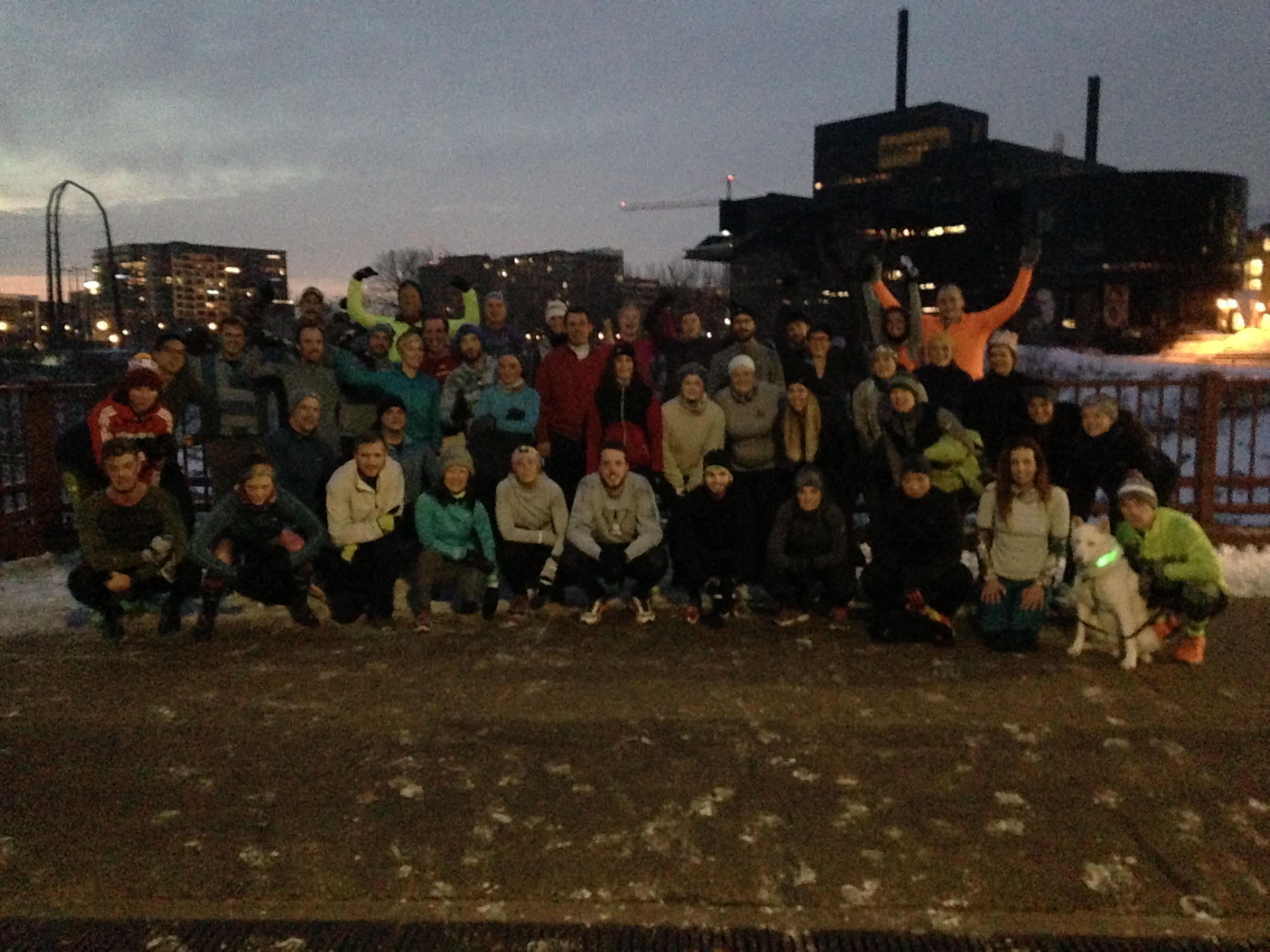 Today’s workout was both awesome and confusing. With winter finally at full force, any sort of course marking is out of the question. Today’s workout was the newer version of the Stone Arch Shuttle. Tribe members started in the middle of the Stone Arch Bridge at a place slightly raised up, a place we called “the landing.” From the landing, we went out both east and west, sprinting to every other light post and doing workouts. When heading east, the workout done at the light posts was v-ups. V-ups are an awesome core workout that gets you down on your back touching the tips of your fingers to the tips of your toes. When heading west, the workout done was the classic one that goes along with the Stone Arch Shuttle, burpees! Workouts were done increasing by two’s as we moved outward from the center. Tribe members partnered up then split off so that half of the tribe started going east and half started going west. Once the first workout was completed, tribe members would then make their way back to the landing, grab a partner and do 4 partner push-ups in between each east and west workout set and then set out in the opposite direction so the pattern ended up 2 v-ups (east), 4 partner push-ups (landing), 2 burpees (west), 4 partner push-ups (landing) and so on so forth until we got to the end of the bridge on both sides. What happens if you make all the way out to both sides? You work your way back. We did this until the cowbell sang, took a couple of blurry but good photos and were off with our days. The best part of the day completed.

Today’s positivity award winner is someone who originally came because her sister comes but now she comes completely on her. She beasted the workout today and impressed us all. Way to go Meredith Heneghan!