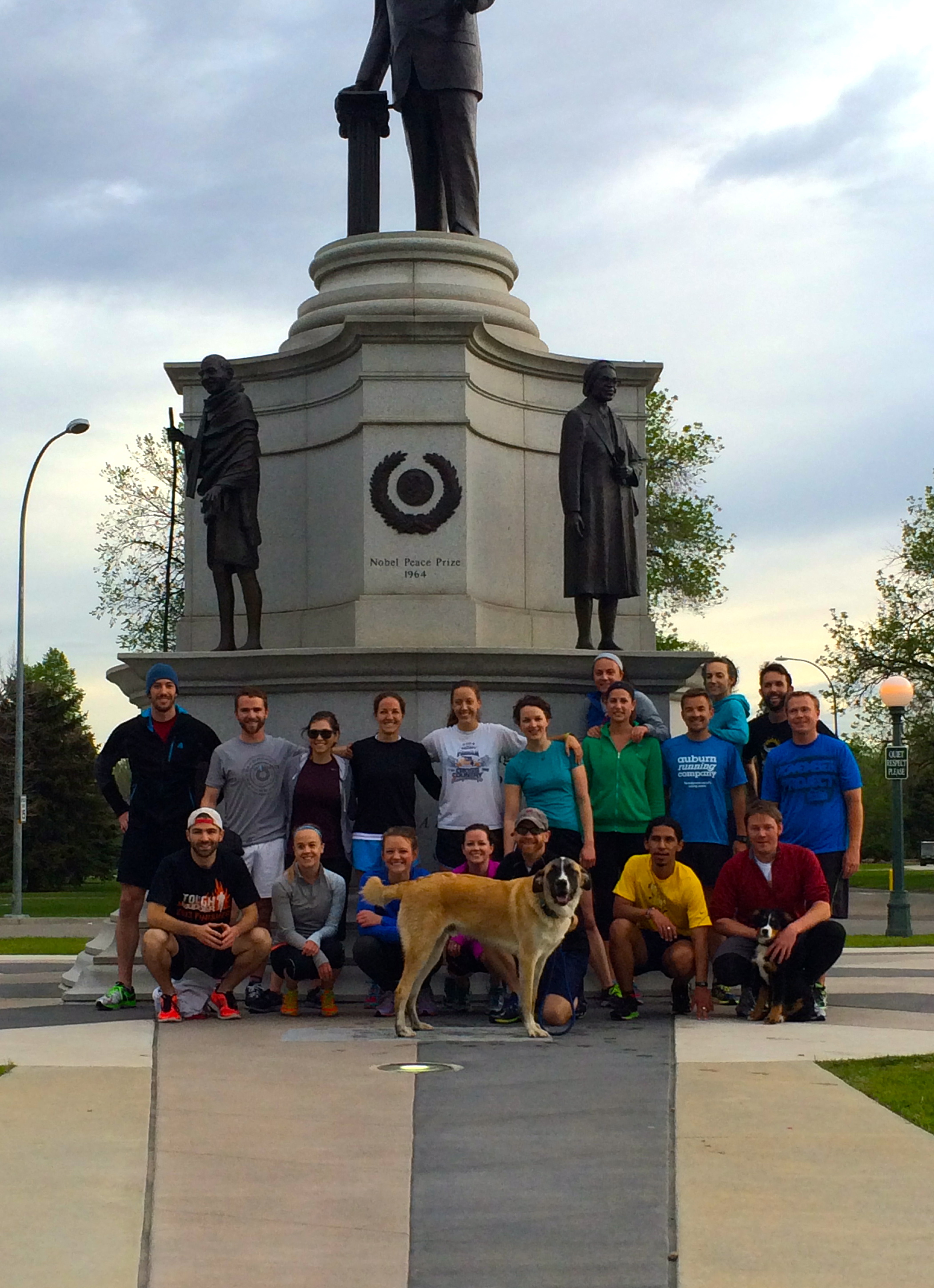 Despite the already gleaming sun, things got hot and heavy very quickly this morning, and I’m not referring to the love affair between the big breed puppies.

Today, we played musical partners to compete in what could best be described as a distant cousin of the suicide- not to be confused with what is actually known as “the suicide”. This will not be further described, first because I lack the ability to form coherent sentences today but mostly because the best way to understand anything written in this blog is to simply showup to the workout. However, what can be said is that by the end of the workout, abdominals were cut like diamonds and the humans were panting harder than the dogs. The winning teams of the three races won beers on Lt Dan when he gets back from Boston, congrats! (He told me that was his way of making it up to you for not being able to be here today. Yes, that conversation definitely happened…) Props to those who came out despite running in a marathon tomorrow or being prohibitively injured just to give the tribe a few more high fives and encouraging ass slaps. That, my friends, is what we call positivity. Vibes were high as the Friday tribe set off on their days.

WED (5/21) we will be back in the Civic Center Stadium (ampitheatre). We are asking everyone to please wear GREY, the color for brain cancer awareness, to honor the life of the mother of one of the San Diego co-leaders.

FRI (5/23) we will be at Infinity Park for a workout inspired by Wholesome Woody who coincidentally chose not to #justshowup this morning. #Burned.