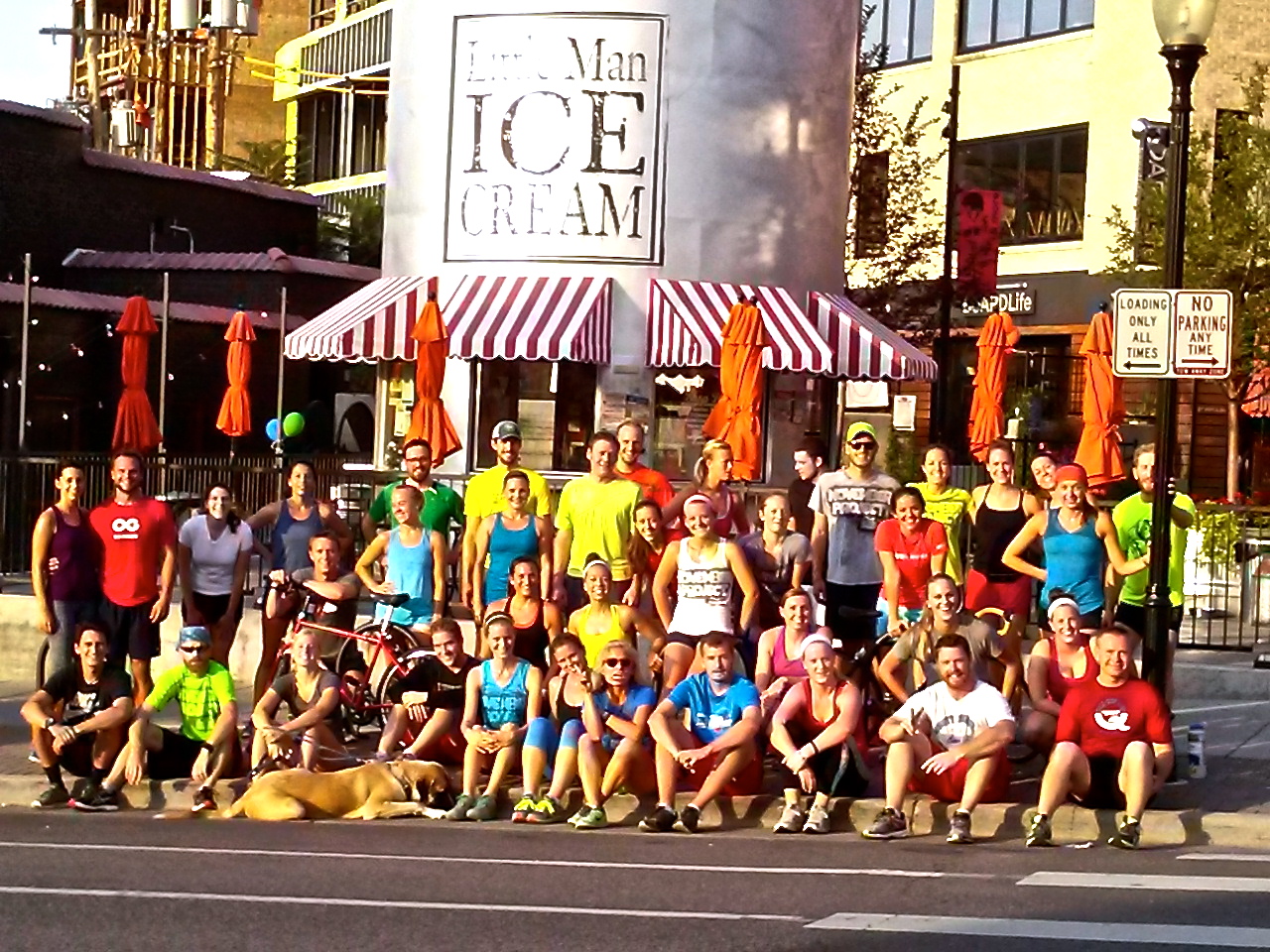 One year and two days ago I packed up my car and embarked on a new life journey, leaving behind my friends, family, college, Boloco and the Boston tribe. I had no idea what to expect from my move from Boston to Colorado. At that point, I knew two people in this whole state and two of them were under the age of 15.

About four weeks later, I #justshowedup to the very first November Project Denver pledge workout at the wonderfully sketchy Ruby Hill Park, only to meet my future co-leader LT Flanniel Turboletti, the man of many nicknames and ambitious races. Watching the tribe grow from two people to 70+ at times over the last few months, and seeing 10 more tribes pop up across the country since then has been an absolute pleasure. Life in Denver would certainly not be the same without any of you and I wouldn’t want to spend my Denver-versay anywhere else than on the hills with you all. So I want to say thank you from the bottom of my heart for continuing to #justshowup and be so fucking awesome!

Today, we had a great view of the city while running up the Little Man Ice Cream hill— I’m pretty sure that’s what it’s called. It was a 0.3 mile climb up, so do the math on how many miles you logged this morning and give yourself a pat on the back. Weekends+extra late night pizza were earned left and right today.

#BetterThanBedtime Social will be August 17th.

#NP5280 one year anniversary is coming up in October so make sure you can be free every day that month until we look back at the face book logs and figure out when it actually was. That workout will be fresh.

Bring your A-game to PR Clovers next week in the Civic Center Amphiteathre.

Here’s to you all,