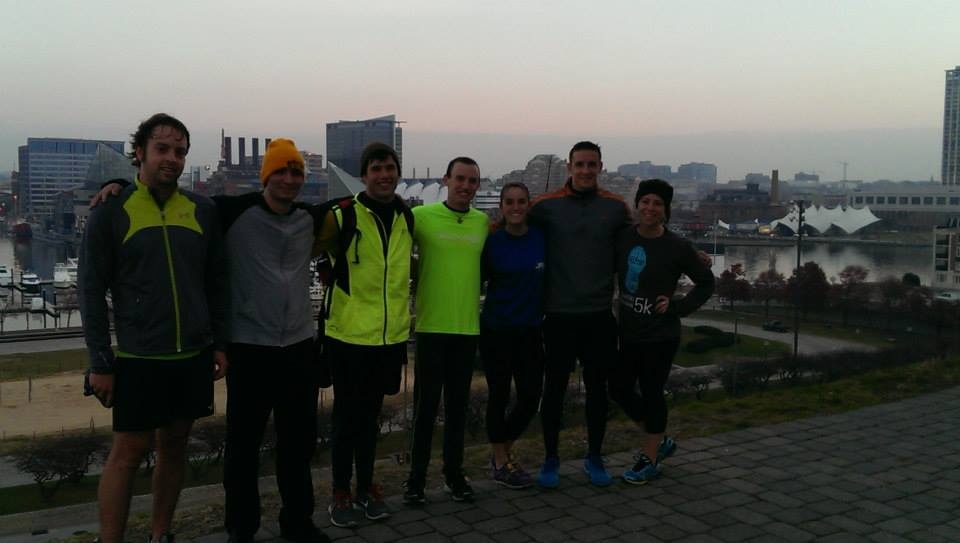 Nick Mueller showed up early one pledge morning, just rolling out of bed and joining this crazy bunch of hooligans. He was first dubbed ‘Sleepy Nick’ that morning but over the course of months of attendance, double workouts, and true #NP_BAL spirit, he tossed his nickname and became our ever so dependent: Nick Mueller. This is his NP story.

Several months ago I showed up at Project Morning Mayhem for the first time. It was cold, dark, and there were only 6 of us yahoos out there at 6:30 in the morning in the middle of the winter. And we were really fucking hardcore.

Flash forward to today. Our membership has exploded, and we earned our November Project chapter status. Our workouts may have changed, but they’re still every bit as gut wrenching and character building. We’ve not only earned our weekends, but we’ve earned some lifelong friends as well.

For me personally, November Project started out as a way to do something once a week that wasn’t just running. But just like the group itself, it has evolved into something completely different. Now, November Project is a bunch of faces that I look forward to seeing each week. It is watching other people get faster and stronger. It is about being in a group of ridiculous people that run their own race through the crowded downtown harbor on a hot weekend afternoon.

In short, November Project has become about the community and not about the individual. Maybe I’ve gotten faster and stronger, too. But for me, that’s all been secondary to the friendships, the hugs, and the continuing growth of our tribe.

See you guys out there at the hill. And if you’re looking for something to do on the weekends, I’ll see you on the trails, too.