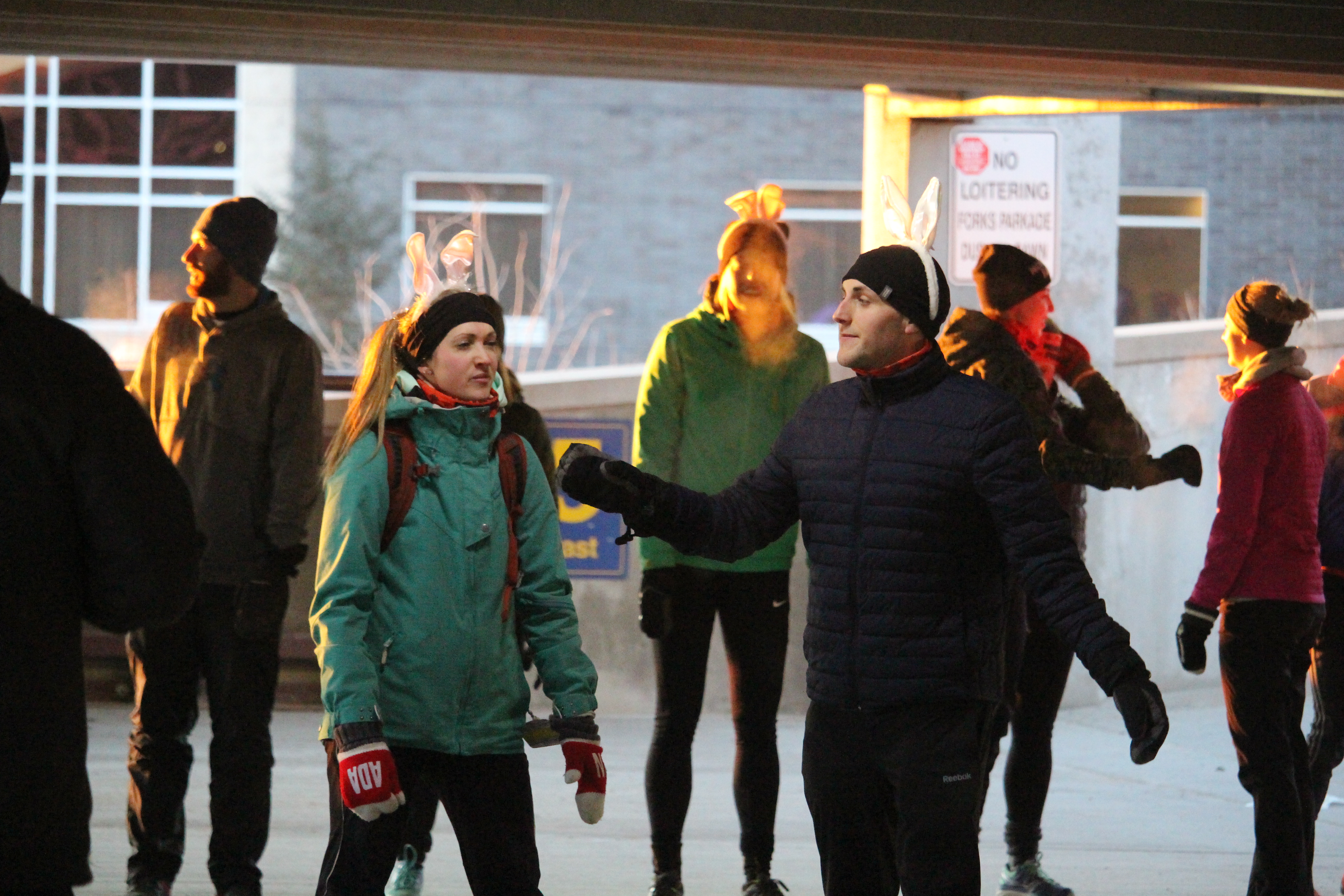 Today’s workout and blog brought to you by Dom and Scott. They put a ton of thought and effort into it, and they did a great job. Thank you. -D
GUEST BLOG
Wisconsin Notes:
– MEC race April first at Assiniboine conservatory. If you’re not racing, come cheer the racers on in NP grassroots as it’s the last day before it closes!
– NP social night April 7th: location TBD
– SUMMIT 6.0 Milwaukee Sept 14-16
Good Good Friday- Hop Up Pop Up
We weren’t really sure how many people were going to pop up this morning on a cold -23 Winnipeg spring morning. And this wasn’t an early April fools joke. Sure enough, n-peeps showed up with their Easter gear on ready to go. Dom started the bounce with a JUMP JUMP repeat after me and Scott lead everyone to the Cement Carrot Burrow Castle for Bop It Hop It 2.0 Edition to get everyone warmed up before the Easter egg scavenger hunt. 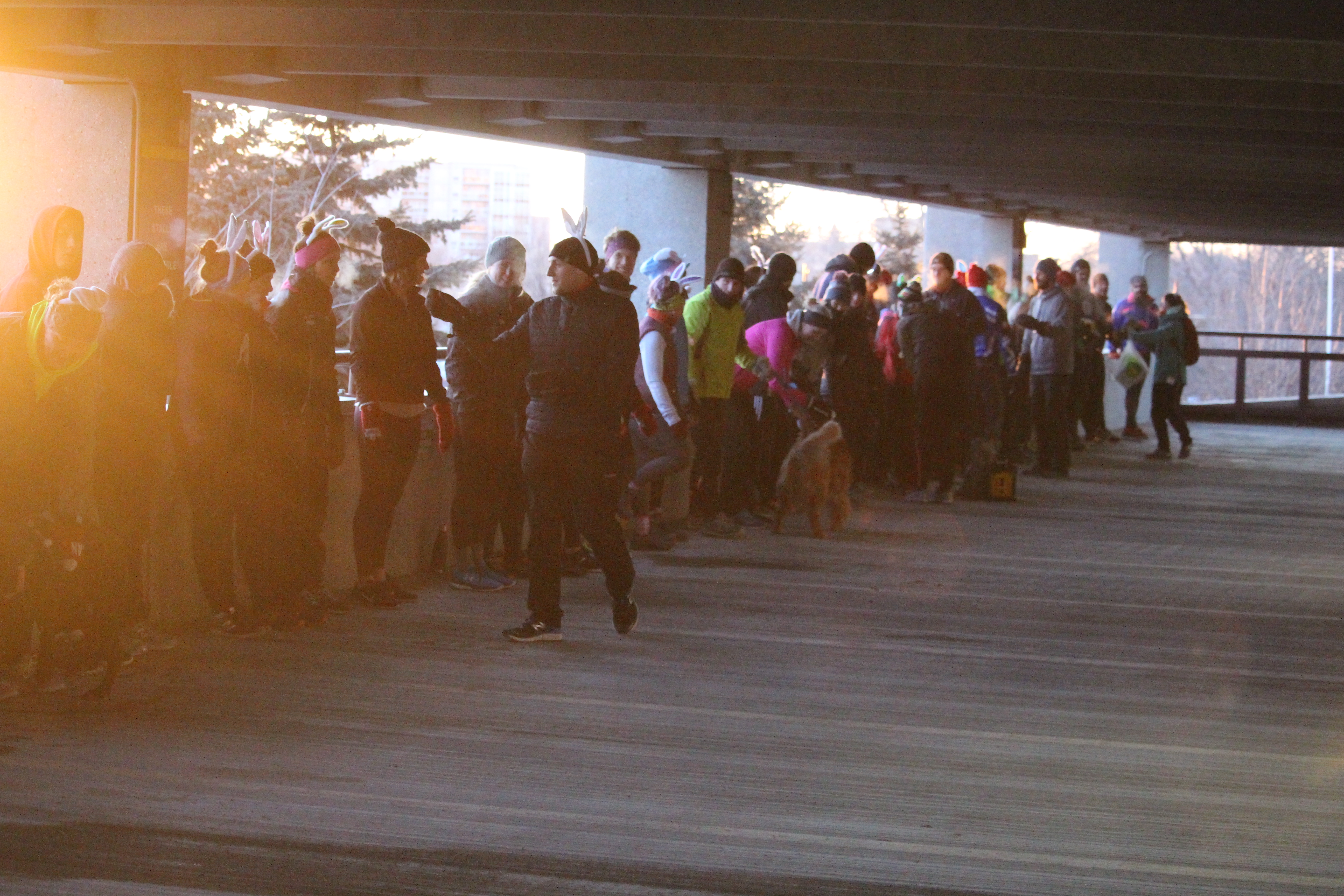 We bounced and hopped our way around the Forks to some of our favourite spots. We did some bunny burpees and springup situps at the top of the parkade, bunny hops and hoistees at the wooden bridge, lunges, bear crawls and chocolate dips at the astronomy circle and leg throws and partner push-ups at the winnipEGG sign. 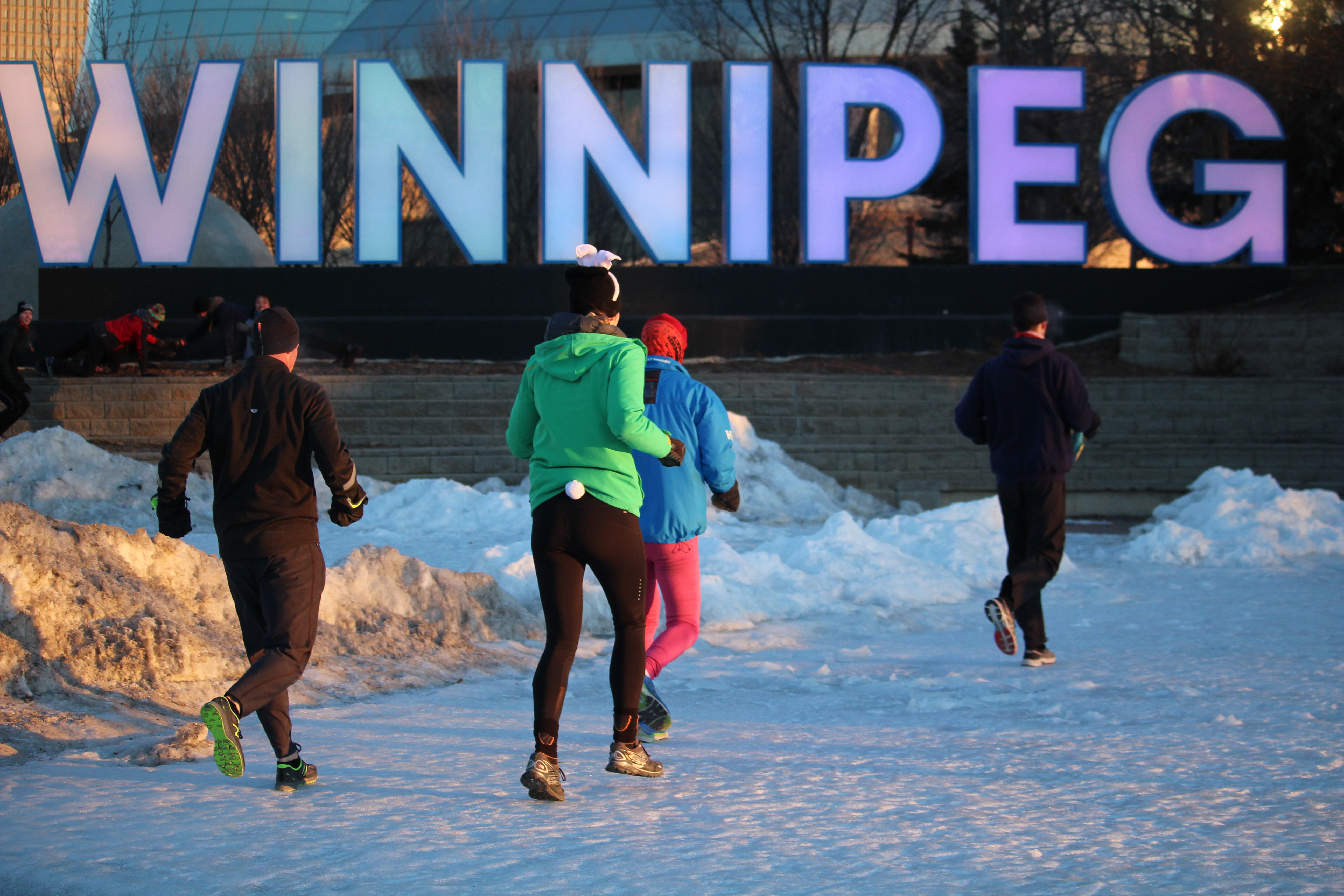 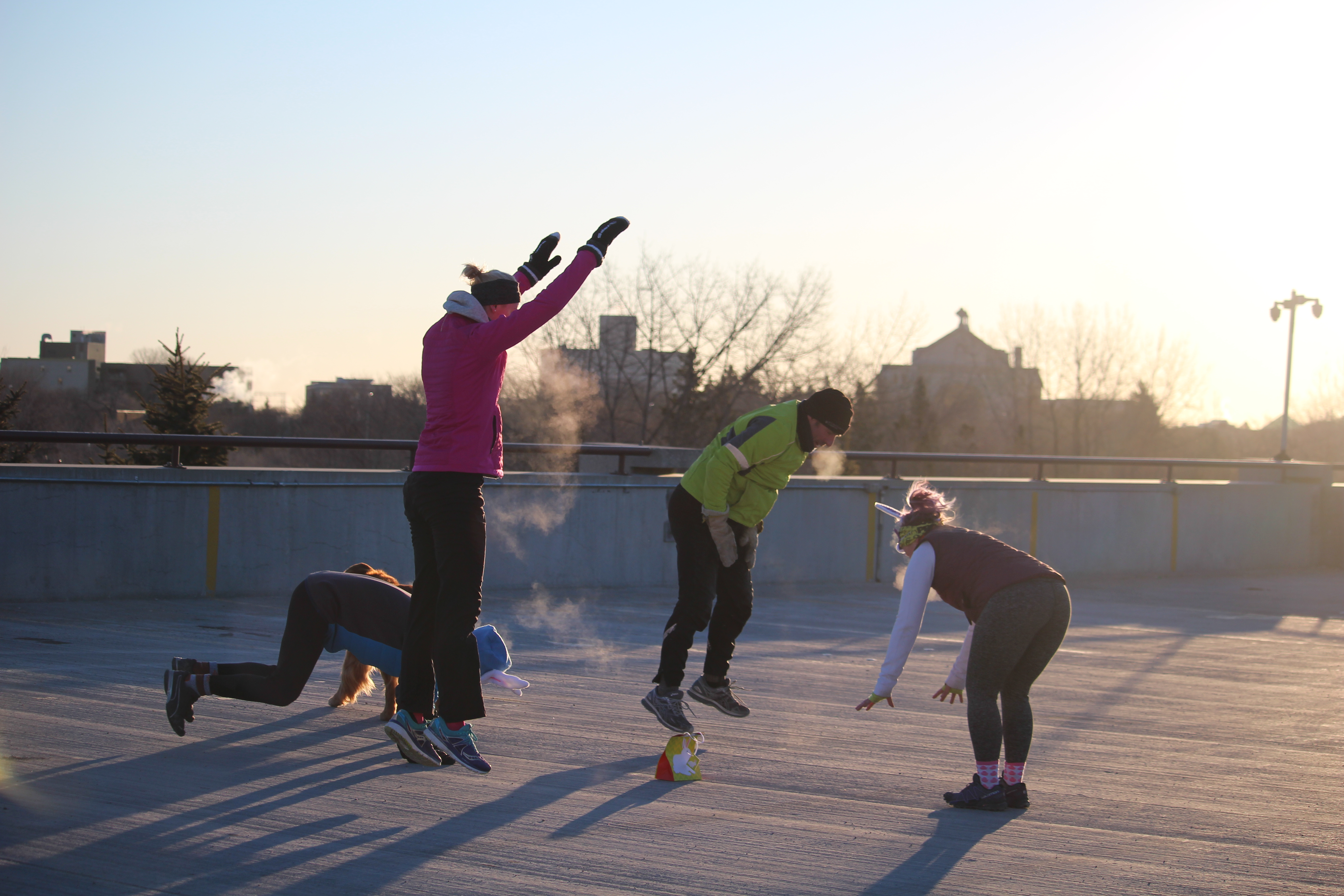 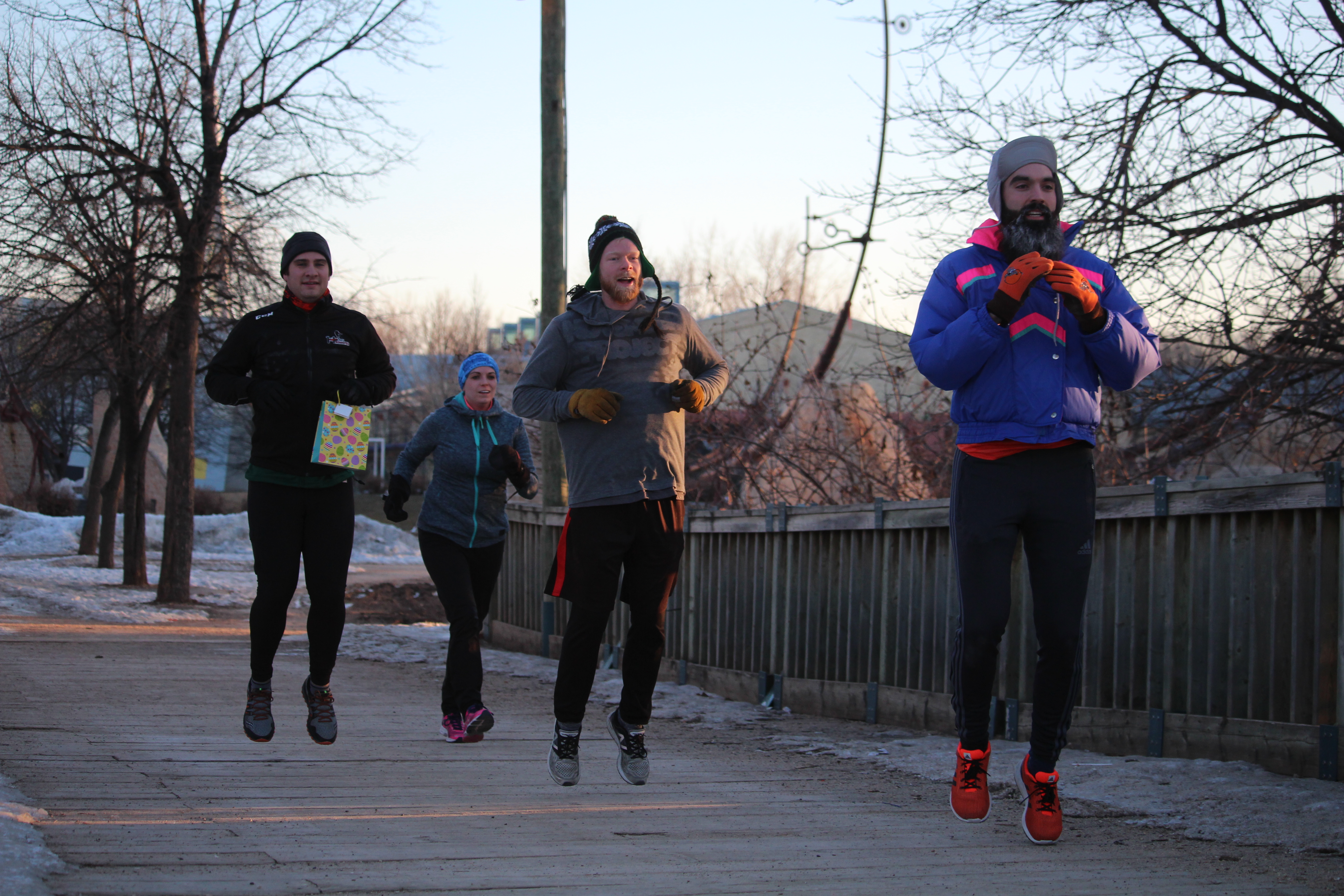 We finished with a hard core cha cha slide plank dance. We can only assume that this will happen again sometime in the near future. 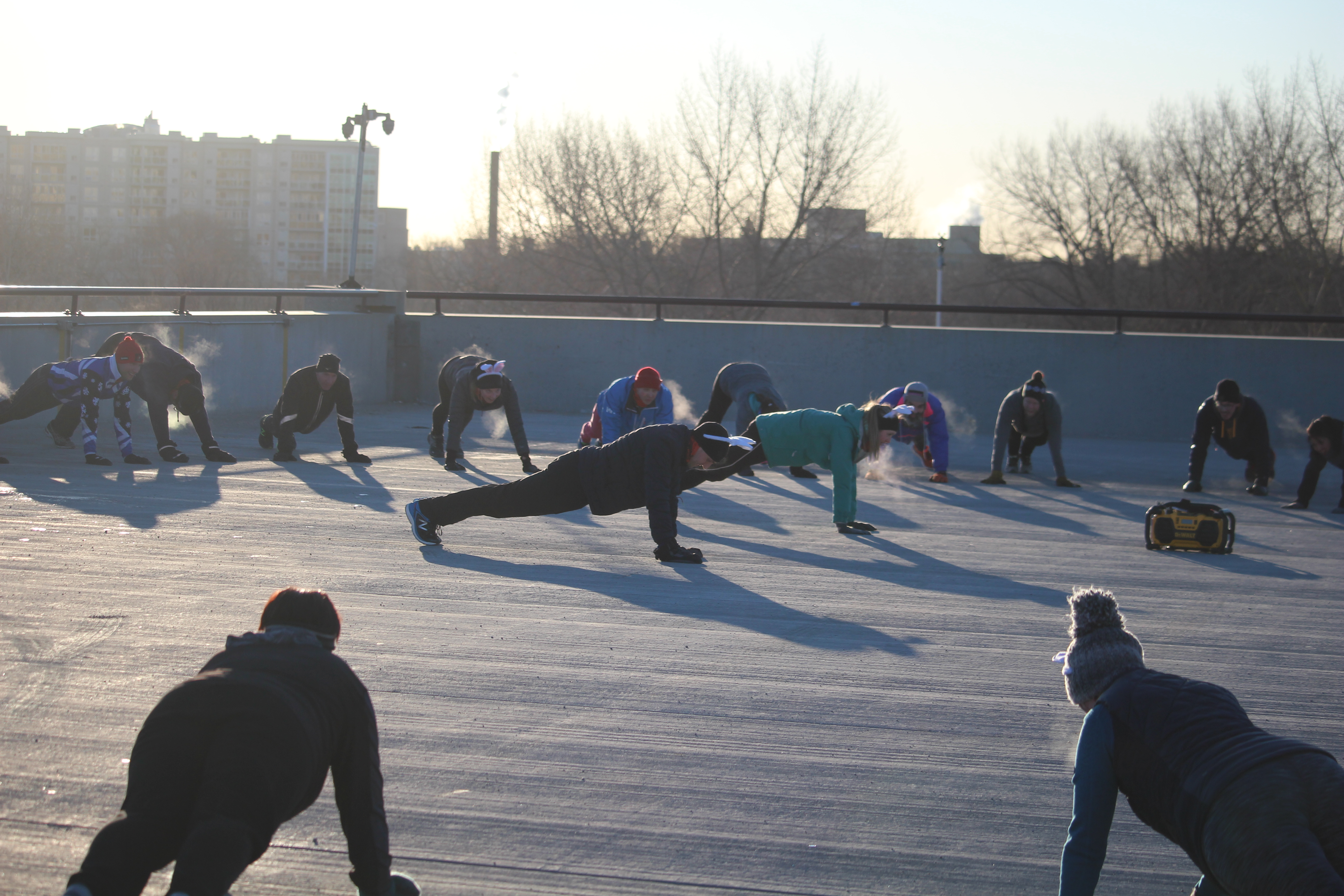 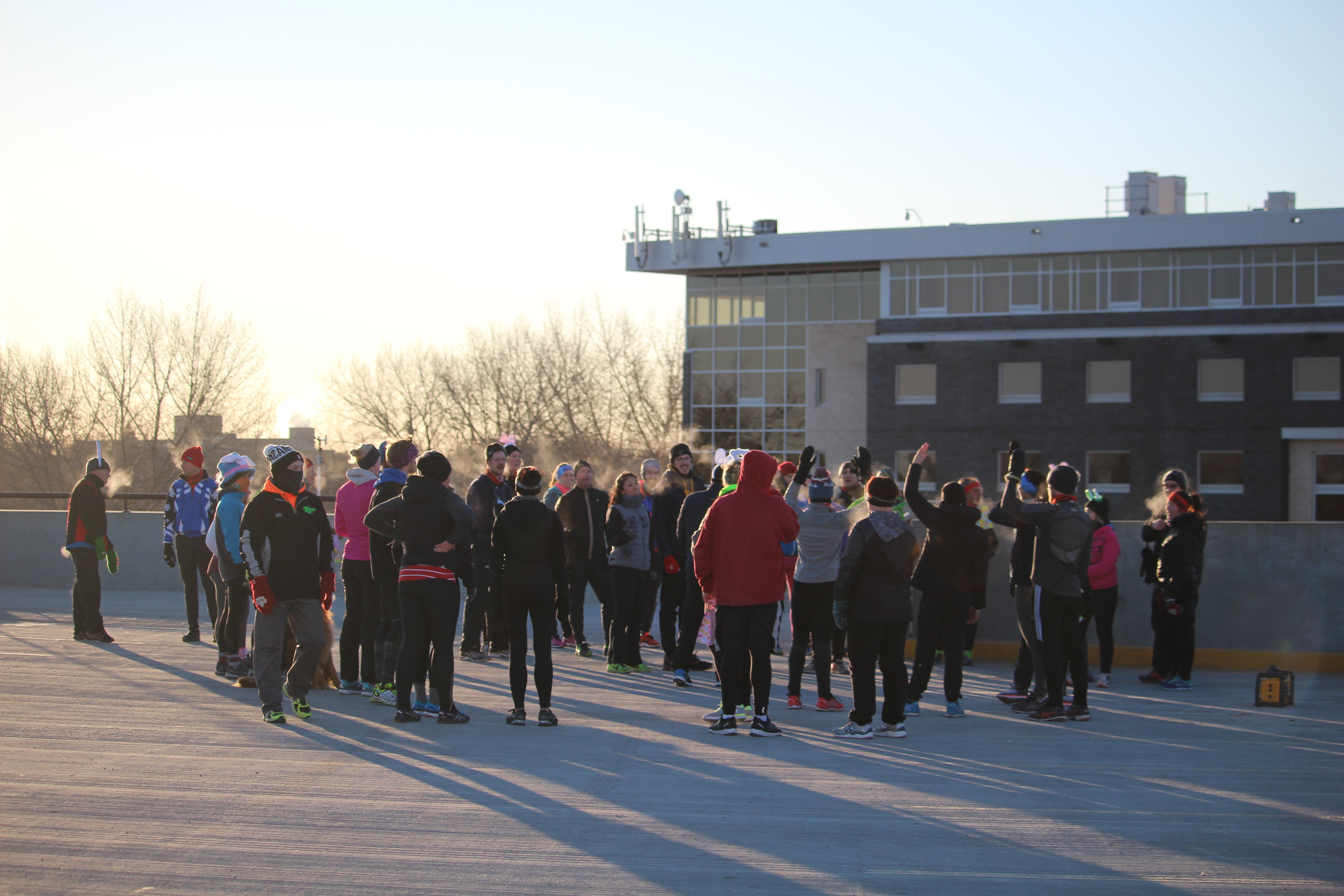 We had made a reservation at Stella’s for breakfast the previous day for 20 people and they asked for a credit card for confirmation, in case people didn’t show up. We were a little nervous that no one would come, because it’s Easter weekend..Boy were we wrong! We asked the WPG Facebook Community Group who would show up to breakfast post workout and… 2 hours later and we had to call Stellas back to bump up the reservation to 35 peeps.
Before we wrap things up, here’s a little blurb about the 2 bunny sitters:
Dom’s “s-happy” part..
I started coming to NP in August 2015 when one of my personal training clients Carrie, told me about it. I couldn’t believe that I didn’t know about NP before that.. (to be faaiiir..I’m not originally from Winnipeg..). When I showed up for the first time, I was hooked. I had finally found a group of people that I felt a part of and that I belonged there. When late Fall came around, I had to stop going for a few reasons, but I knew when things got better, I would make sure I would plan my schedule/life around NP. I finally came back in April 2016 and have been showing up, basically every week, ever since. I have even tra-verballed to other tribes: Queencity and HOTtawa.
NP has flipped my world upside down in the best way possible. I have made the most incredible relationships with people that I cannot imagine my life without.
-Dom
Scott’s “I tried not to be sarcastic” part…
I really wanted to do a good Friday for 2 reasons, for the first I need to explain how I started going to NP.
I started at NP a little over a year ago, my first NP event was the Great Skate. I think it was about 2 weeks later that I went to my first Wednesday morning workout, I’ve been hooked ever since! When I started, I only knew 1 other person there, Tara, and we were friends beforehand and it was her idea to start going. I was very reluctant at first as I am not a morning person and  6:14 am is pretty damn early to workout. For the first month and a bit I wouldn’t talk to many people- I enjoyed the workouts and all the people but I very much kept to myself and just talked to Tara. This all started to change last Good Friday’s pop up at the Leg, on a much warmer day, and I forgot my jacket after the workout. Luckily one of the you nice NP’ers picked it up and was nice enough to drop it off at my work the next day! (thanks for being my first NP friend Chantelle!) I now had another friendly face in the crowd, and over the next few weeks I got to know more of you, and you all got to hear more and more of my sarcastic comments. Sorry, not sorry.
Reason number 2 is much simpler as this now marks my 1 year of not missing a Wednesday or Friday workout! You can also include every Track Tuesday, hot yoga and running events.
Lastly, I have to give props to Megan and Derek (and past tribe leaders and baby-sitters) for leading us every week! I learned that it isn’t easy to create a workout that everyone can do, enjoy and still make it challenging, to keeping the flow of the workout going so the group isn’t standing around getting bored..or cold. It’s something that takes a lot of work, planning and beer drinking. That being said, I was really hoping someone would puke this morning!
Finally, thank you, Derek, for letting myself and Dom “bunny sit” and helping us keep the flow going!
Enough of the sappy stuff..next person to call me coach does 5 burpees! No jokes.
-Scott
Thanks for showing up!
Hope you have a good Good Friday and Easter weekend.
And if you didn’t like the puns, well..we don’t carrot..Hop you had a fun time anyways.
Have an EGGcelent day!!
The bunny sitters,
Dom and Coach (Scott) 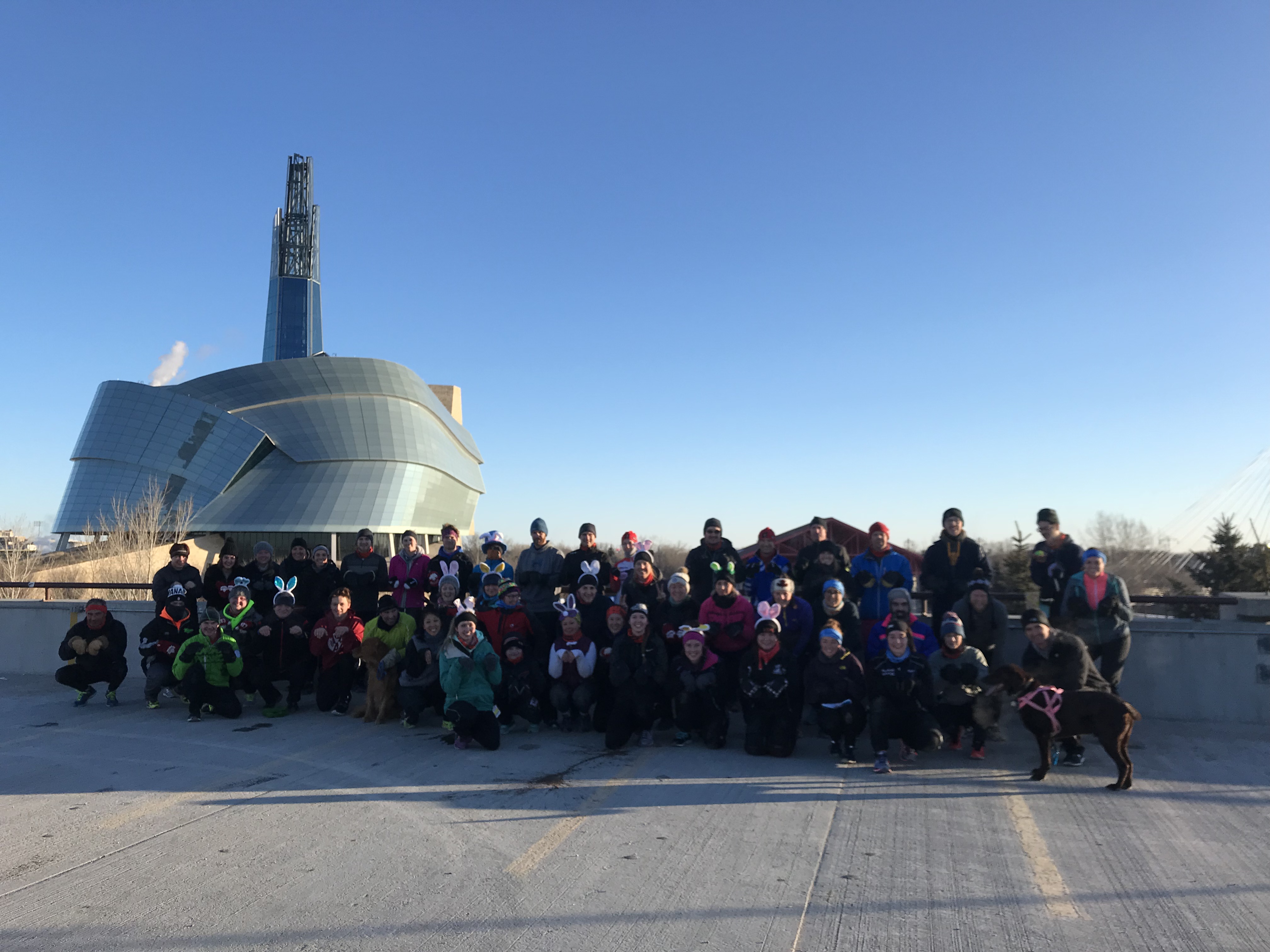