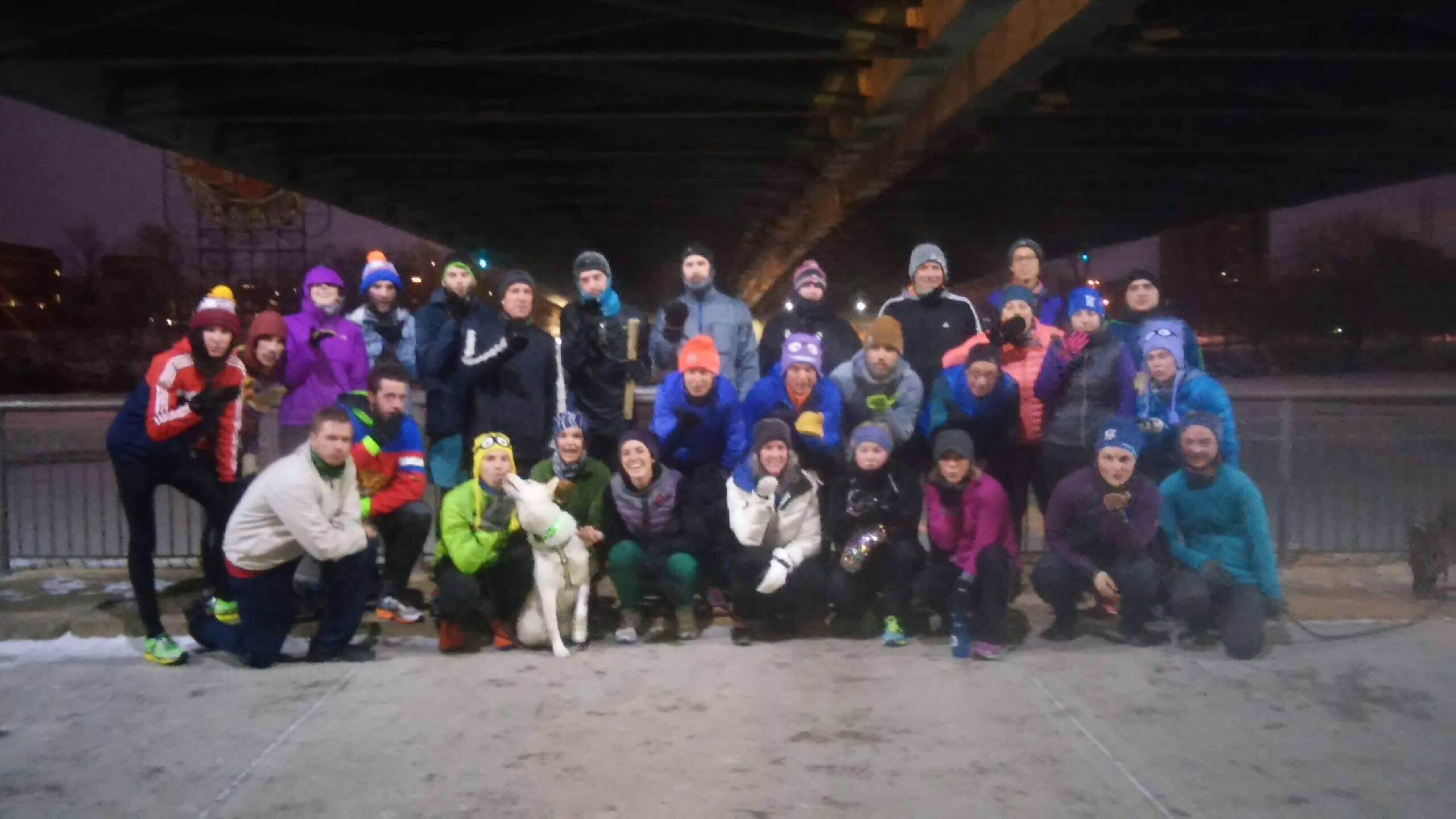 Tribe members had to re-introduced themselves to one another this morning because the only thing visible on many faces was a friendly set of eyes, ready to #getafterit. Although not as cold as the weatherman predicted (a whopping 1 degree F, he predicted -6), toes burned and fingers ached as we bounced our way into a good f*cking morning and a great day thereafter.

The workout took place up river at the Hennepin Bridge, stationed directly underneath it on the west bank side. What else usually resides under a bridge? Yes, the correct answer is billy goats. And that’s how this workout got its name. Tribe arrived under the bridge in waves and once everyone was present, directions were given for the Billy Goats Gruff workout.

30 minutes, two sets of stairs on either side of the bridge, and a game. A game you ask? Yes, a game. Rock. Paper. Scissors. SHOOT! (yes you have to say shoot otherwise the whole dang thing gets thrown off). Oh, and a cowbell. I’m sorry, are you confused? Well let me clarify..

To begin the 30 minute workout, tribe members paired up and played a game of Rock, Paper, Scissors underneath the bridge. The winner did 2 push-ups and the loser did 2 burpees. Tribe members then headed up opposite staircases, ran around the cement pillar at the top and came back down underneath the bridge. Then, everyone had to find a new partner, play another game of Rock, Paper, Scissors, and head up the stairs all over again. Same workouts for winners and losers. The amount of each workout increased by increments of 2 after each RPS duel. Also thrown into the mix was a cowbell. When heard, tribe members should stop what they were doing, head up the stairs, and sprint across the bridge to the east bank, run around the pillar on that side, and head back to the west bank to continue the workout. To finish, we planked at the very end until all tribe members were back underneath the bridge.

A couple of group photos were snapped, Jeremy Norton was excluded from the crazy hat family, and the morning was made. The positivity award winner today was Matt Swiontek. He comes week after week, never complains and just gets after it! Way to go Matt!

P.S. It’s hard to tell whether someone is doing a vertical paper sign or scissors when mittens are worn, word to the wise! J

Traveling Fridays! This week: PowderHorn Park! Look at the FB page for the pin drop!

#NP_MSP’s 2nd birthday next week! Dress in whatever you want but come ready to have a good time, and bring a friend!