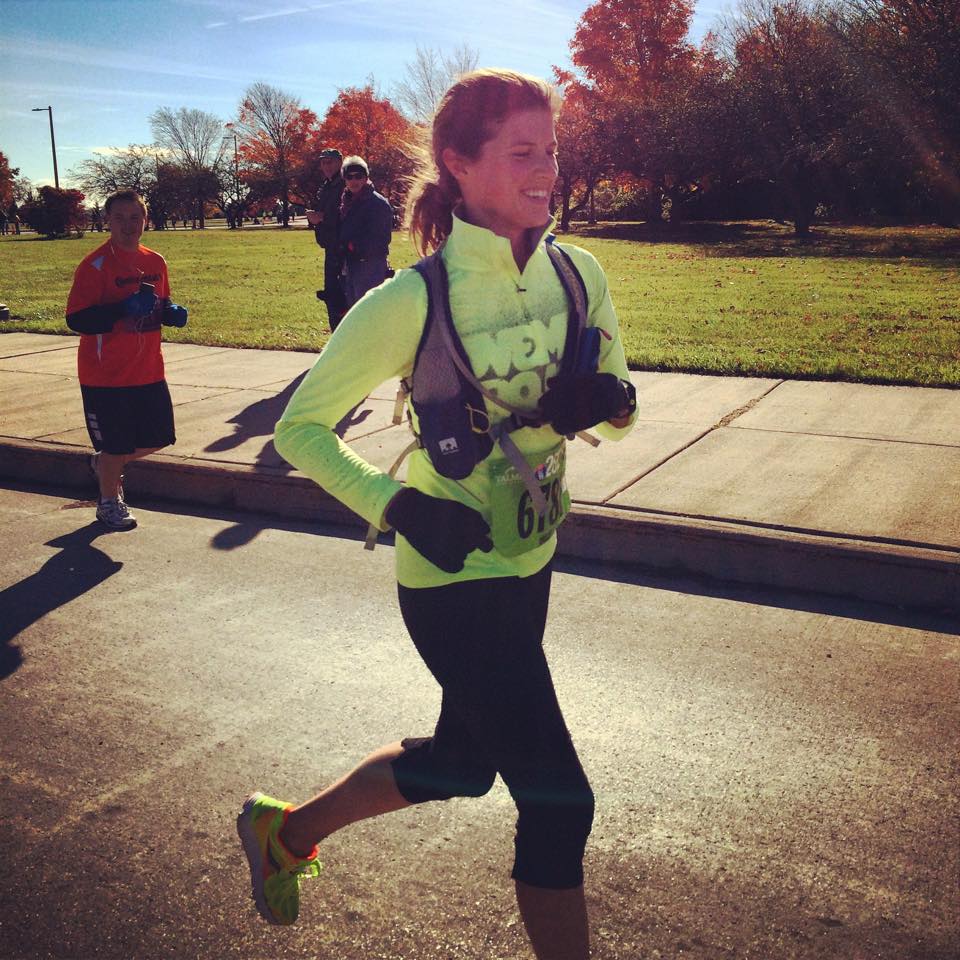 1:05.99 — the state cut for the women’s 100 meter backstroke my senior year of high school. My time? 1:06.07. Eight hundredths of a second separated me from my goal. I kept my shit together until my co-captain awarded me the team kickboard, our version of the positivity award. And then, like the fury of a thousand volcanoes, big, ugly, hot tears erupted and an elephant sat right down on my chest. And you know why?

Because that group of girls wanted that goal as badly as I did, and they were going to be there no matter the outcome. To this day, my most vivid memory of that afternoon is the sight of my teammates, arms flailing above their heads, urging me to kick harder, when I flipped my turn coming home on that fourth lap. And that was the last time I raced.

With no collegiate swimming career in my future, I joined the legions of lonely humans staring at magazines and TV screens while running (ok fine, jogging) on treadmills. I convinced myself that the elliptical was fun and walking up fake rotating stairs was a tough work out. I did the occasional 5 and 10K Turkey Trot, always hanging in there around a 10 minute mile. Nothing crazy, just exercise. I’m not racing for goodness sake.

In the fall of 2012 my student life was officially over, and with it, my gym membership. What now? Turns out gyms in this town are expensive. A friend told me about November Project, and after weeks of skepticism, one Wednesday morning I #JustShowedUp. It took me several minutes to recover from the shock that we were running up the seats, not the steps, and for the life of me I could not understand how people were managing to RUN up this stair mountain. I mean really, where the F were they getting that momentum? But I hung in there, and the next week I did my first full tour donning a cape and feathers. I’m still not sure why.

Around the same time I joined a swim team and a year later found myself training for my longest swim ever: 7.25K in the Bermuda Sound. See what I just did there? I said swim, not race, because that’s what it was to me. Racing is for athletes. I’m just a regular human. Plus, racing comes with baggage. Racing means letting your guard down and pouring your whole self into a goal. And what if my shoulder blew out? (It did) And what if I got seasick and had to puke while treading water in the middle of an ocean? (I did) A swim is no big deal, but a race? No way.

Fast forward a couple months and I’m watching Steve Ayr crush a 50k and November Project sweep the podium at the North Face Endurance Challenge in NY. I was so incredibly impressed with these dudes. They didn’t #JustShowUp, they fucking raced. And right there, I dropped a verbal for my first marathon. Leading up to the marathon, I couldn’t help but think of all the races I’ve let go by without really racing. And why? Because I didn’t think I was fast enough to call myself a runner? Because it was just a silly 5K and not worthy of a race? Because if I didn’t actually make my goal time, I no longer had a team to support me? Whatever the excuses, I’m done with them. After years of just showing up, I’m ready to #RaceEverything — Amtrak trains, ninjas, dinosaurs, whatever NP wants to throw my way. Because I know that even if I cry, puke, or fall on my face, NP will be right there with a big, sweaty hug of encouragement.

I may always be a middle-of-the-pack cat, as Brogan fondly calls us, but I tell you what, this cat can fucking race.

4 Replies to “From #JustShowUp to #RaceEverything by Molly Ryan (BOSTON)”