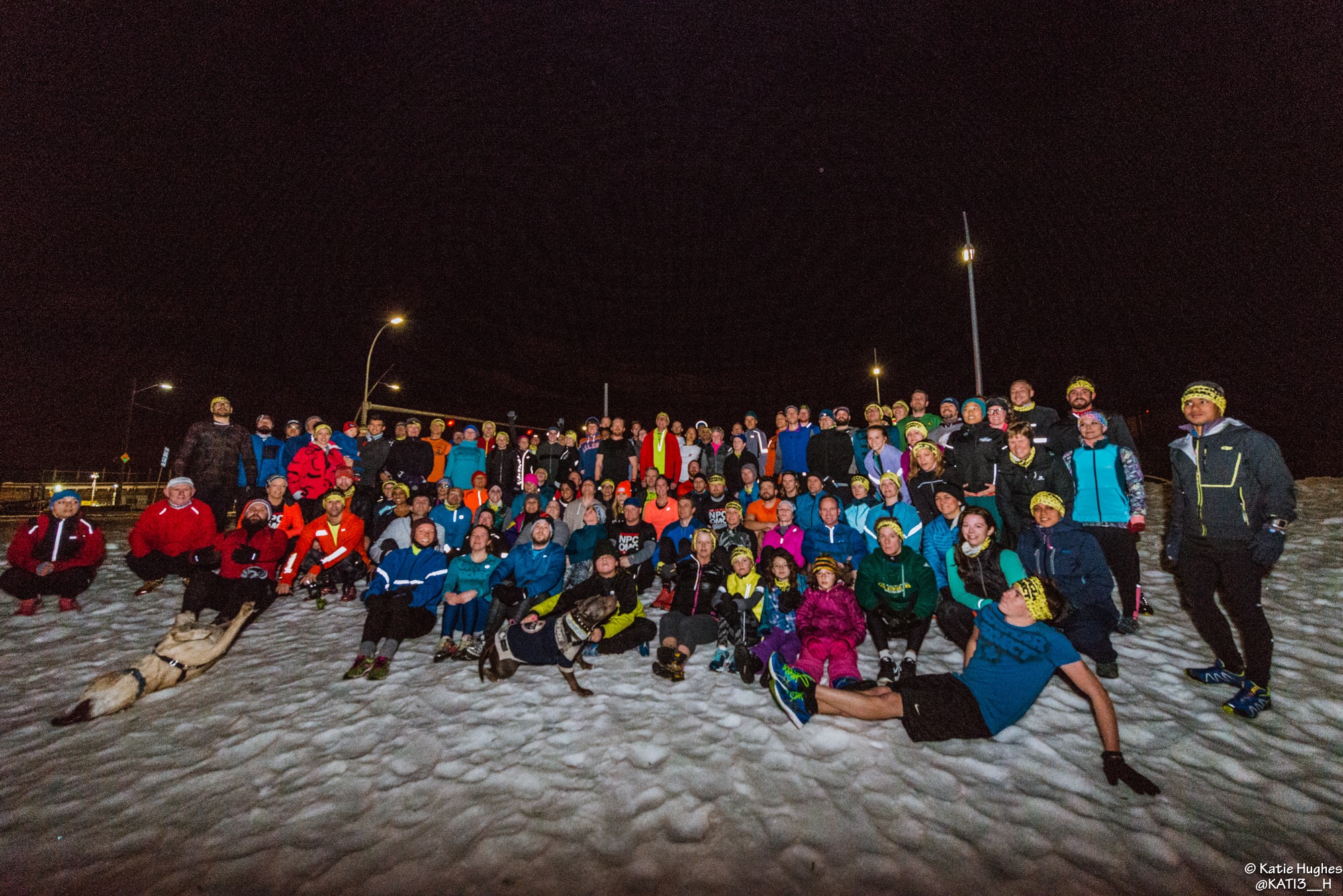 For most people, running down a hill where 80% of it was as slippery, if not more slippery than a sheet of curling ice would ruin their run. They’d have to adjust their pace so they didn’t fall and then be upset that they didn’t hit their training paces. Or they would fall, and then that would be the one thing they remembered about their morning run. Somehow, that is not the case for those who came this morning. Yes, pretty much everyone had to adjust their pace and many people fell. I bruised my knee running through a deceivingly deep snow bank somehow. I’m sure you’re all in the same boat as me, but that’s not what stood out for me. Almost all of you were laughing or smiling or finding this ridiculously slippery stretch of  ice, hilarious. You made the choice to take the terrible conditions that was laid in front of you, and find the good in it.

I have so many favourite things about November Project, that I don’t really know which one tops the list. We say so often that November Project is for everyone… shape, size, age, speed, fitness level, hair colour, beard length, blah, blah… blah. But what does that truly mean? Yes, anyone can come and participate and yes, the workouts are designed so that no one gets left behind. But there are two moments from this morning captured it all. The first was at the end of the workout, when I saw my little 2 years old friend make his dad stop the stroller and let him out so he could run through the high-five tunnel. Seeing people cheer him on and give him high-fives as he ran made my day. I’m not around this little guy every single day, but I know you all made his day/week/month/year/life (his parents already told me so). The second moment lasted a bit longer. I watched Steve with his daughter and Sheryl with her daughters running up the hill with the biggest smiles on their faces. And then after the picture, they were all laughing away. These moments may not have even stood out to any of them, but it did to me. So, thanks for letting me watch (I just spent 23 minutes trying to find a way not to make that sound creepy… I couldn’t think of anything else).

On a side note, today was the fitting one year #safetythird anniversary. This day last year, we were tobogganing down an icy Gallagher Hill at speeds over 55km/hr. Is Walterdale safer? I’m not sure anymore.

February 21 – “The Tribes of November Project” – Our next social event. Details coming SOON!

We still have a few buffs available so if you want one, bring your $5.