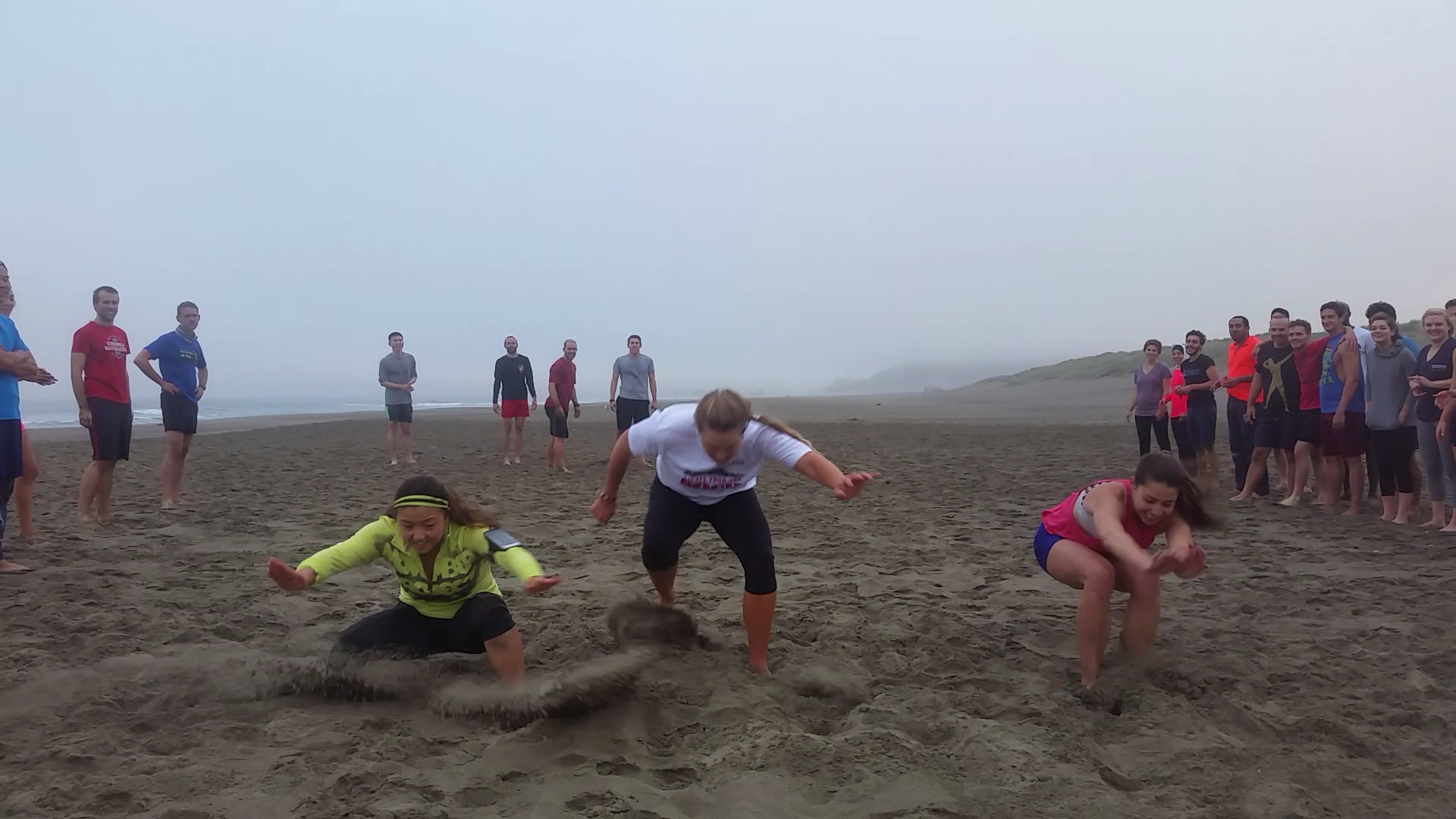 Today’s blog comes to us from none other than Will Oberle. Newly nicknamed the Prince of Pain for his love of punishing workouts (and also because he sometimes looks like he might keel over from how hard he pushes himself), Will led the tribe through a very sandy and difficult workout today. Here’s his rundown of the pain he caused…

There was a tribe, from in the bay

And in the morn, they’d run and play

Run up and down, for kicks and thrills

Then one day they, went to the beach

Run up the dunes, which was a BLEEP

(In case you couldn’t follow the bounce this AM)

This morning, the tribe strolled down to a dank Ocean Beach to put aside their usual routine of hills to do a dune sprinting workout. Taking a more old school SF approach, shoes became optional, and bathing suits were recommended.

After the bounce, the tribe was off to go find their accountabili-buddy to make a new best friend/arch nemesis. After finding someone to help keep each member accountabili-buddyable, the pairs of two sprinted up a dune, ran a dune backwards, then bear crawled the dune, which became more of a sloth stroll in the loosely packed sand.

After 25 hard minutes, the weekend edition of the NPSF Olympics began. The event: the long jump. The prize: a big hug. With the stakes set high, the heats were intense. After beating the competition by more than a 14” and breaking the world record, the Americans Tim Johnson and Anita Chan were victorious and received their hugs while sobbing. There was immediate speculation about PEDs. All this happened before 7:30am. That is all.