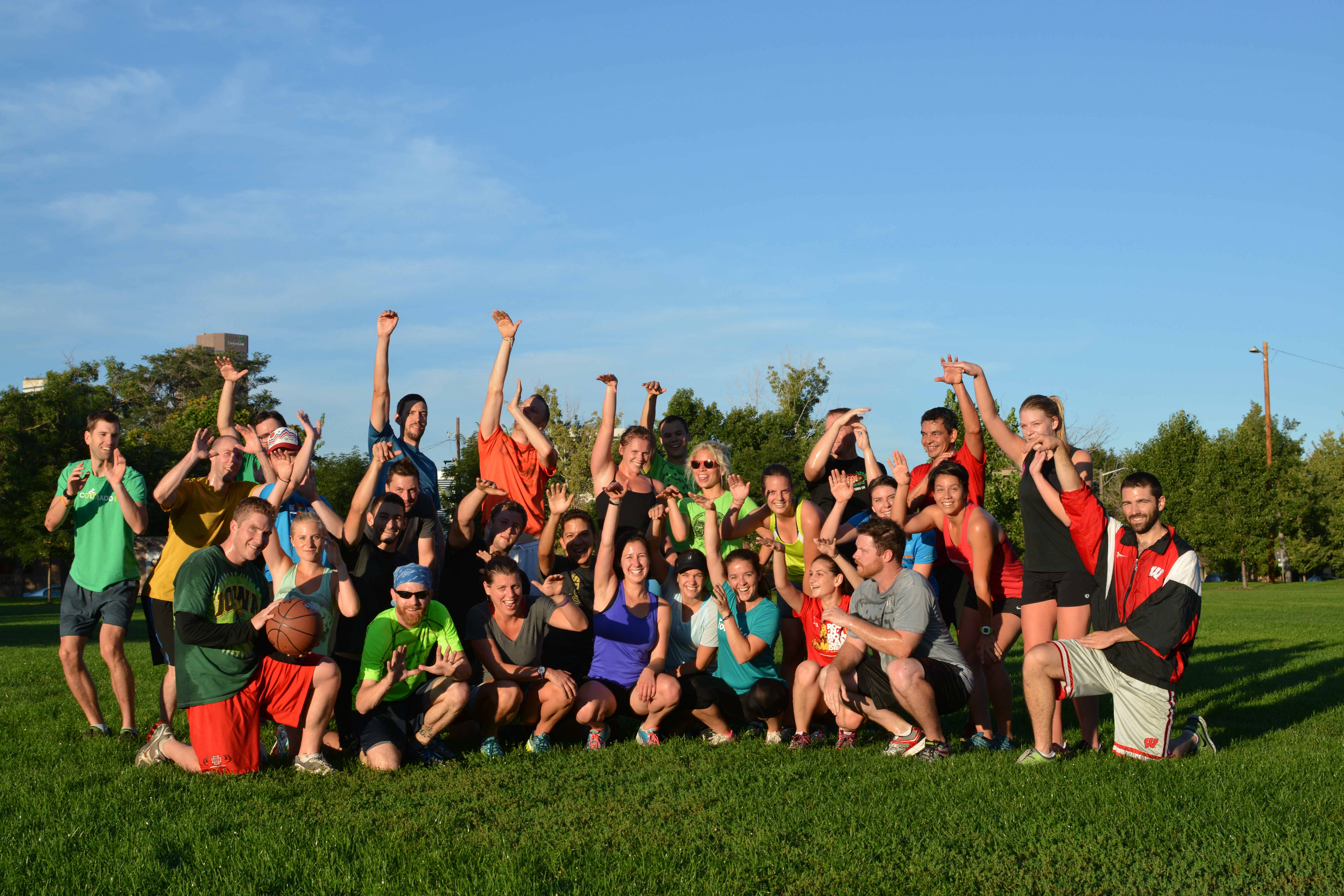 Today our winter renegades Chad Christoff and Aaron Epps led the For Us By Us (FUBU) workout at Curtis Park. These are two upstanding gentlemen that the tribe is lucky to have. Here’s Chad’s account of today’s session. Chad’s nickname is C^3 (Crewnecks, Corn, &  Chad), obviously:

Long time reader, first time poster here.  I feel the struggle of Mass General Molly and Lieutenant Flanniel Turboletti.  They’re out here grindin’ every week, planning a sick #NP5280 workout, finishing that workout, getting home, and presumably blogging before they shower (that’s the standard, right guys?)  They have to take care of Benny.  They organize photo ops.  Sometimes Dan even brings those little orange cups that try to pass as cones or other guideposts that people generally ignore.  And that is to speak nothing of the blog.

I read the blog every week.  A vast majority of the time, I enjoy the blog post and even learn a thing or two.  But do I provide any positive feedback?  Does the LieutenantGeneral know that I’ve appreciated their work?

That’s the beauty of the tribe.  When you start, #justshowup is individual – you do it for you (or maybe a really, really persistent friend).  But after you’ve made your first appearance, enjoyed an awkward sweaty hug or two, and climbed stair after stair, you realize that you’re coming back to see familiar faces.  The momentum of the tribe is all the positive reinforcement one needs.

The tribe trekked up north to Denver’s historic Curtis Park for the most recent installment of FUBU Friday.  While we didn’t wear sick early 2000’s oversized embroidered jackets, we did explore Curtis Park, work in a little ab routine, and climb our way up the push-up ladder.  We then dodged sprinklers and trudged through the dew-laden grass to find our way to the Pepsi Center North, where the tribe demonstrated its room for improvement when it comes to a little roundball.  We shot free throws for sprints, and we spent a lot of time sprinting.  Let’s just say the tribe’s free throw percentage is flirting with baseball’s Mendoza Line, and that Shaq would have been a welcome addition to today’s shooting rotation.

The tribe had the privilege of welcoming back Mass General Molly from her East Coast stint.  Her mastery of playlists, domination of the bounce, and shrill-toned “Y’all Good?” were dearly missed.  Her wicked bad airballs, though…not so much.  We welcomed those of the fleur-de-lis, those from Beantown, and those from York Street (shoutout to penultimate Beacon of Wood winner Rachel).  Johnny Chia not only brought chia, but showed off his ever-improving range of shoulder motion by hucking free throws in the general direction of the hoop.  Troy “King of Hills” Coleman even got a free bike wash.  Lieutenant Dan did marathon things, while presumably figuring out how to manipulate his new anti-corporate, large-screened, non-Blackberry smartphone (don’t worry, still got his number).  Chief Keith Smith thought about science, most likely the fluid dynamics of his golf swing.  Guest co-leader Aaron Epps did Wisconsin things, made Wisconsin friends (seriously, you guys are everywhere) and showed off his strong organizational leadership skills.  In the end, weekends were earned by all.

Thanks for the opportunity to lead a workout, craft a blog post, and be a part of the proliferation of the free fitness movement.  With the Lieutenant’s hard-line negotiating and entrepreneurial acumen, the sky’s the limit.