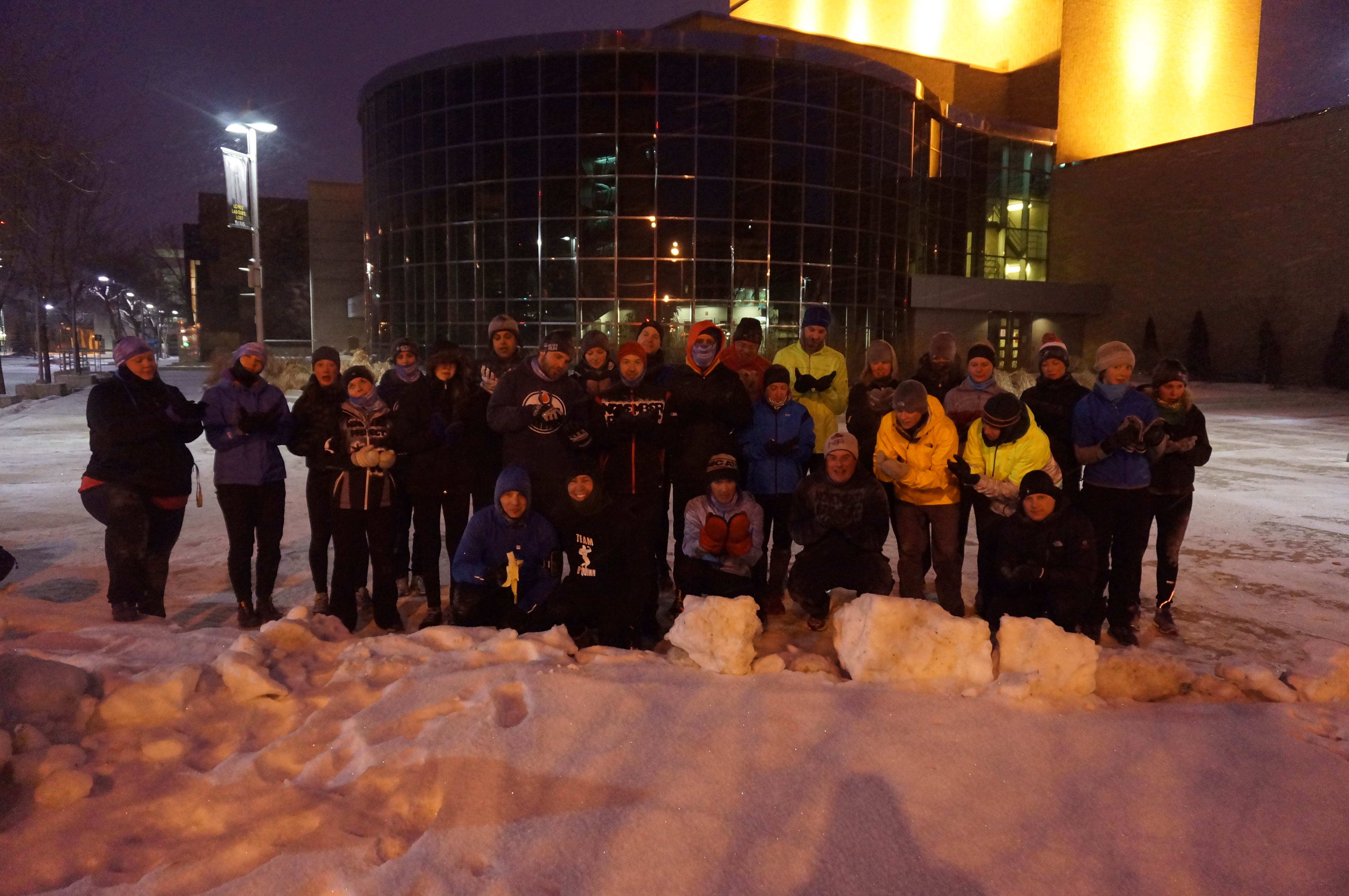 Jen took us to school today. I will also say that it was the most cost effective class I have ever received on campus. Some may also say that I never learned as much in my 8 years at the U of A as I did this morning. Oddly enough, I don’t really know what I learned this morning, but I do know that I had a good time. I know that I gave 5 hugs to be exact. I know my hips were in. I know that I stared into Owen’s eyes this morning, and he got so close, it was blurry. I know what a plank jack is. Yes, I just named them. If they had a name before, well, they now have a new name, as of this minute.

I will give my personal guarantee that there will never be a fee increase for the November Project. We also won’t make you buy any books (but everyone should take a look at that since it was written by a member of our tribe). The tribe is smart. The tribe is teaching.

One more thing, if you ever questioned yourself about being weatherproof, and why you show up in such terrible temperatures, well, just know that we are saving your life.