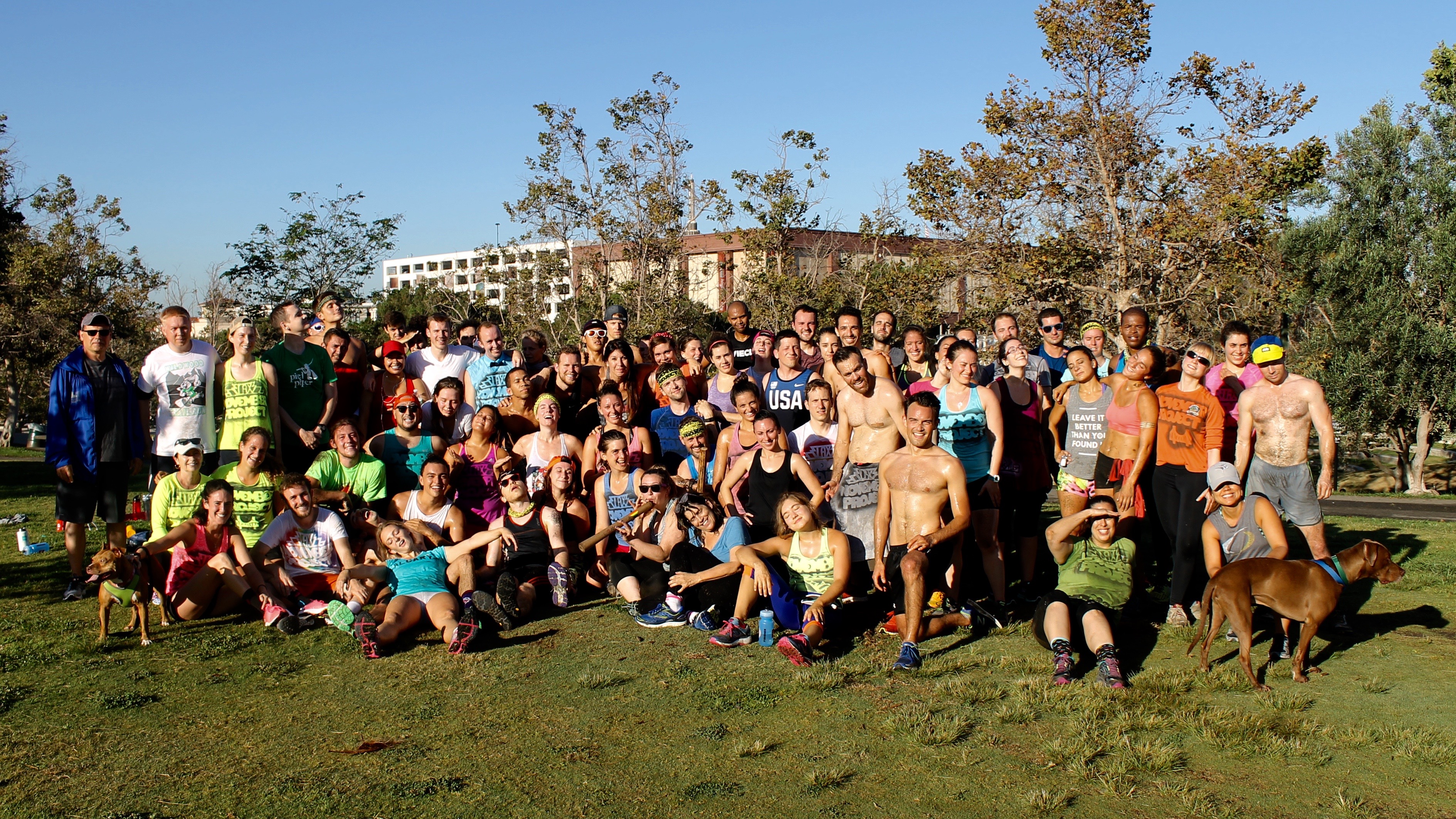 It’s no secret that we haven’t been able to get into our home of the Hollywood Bowl for the last few Wednesdays. We’ve been trying to figure out why with little to no luck, so we’re trying something new. As we announced at last Wednesday’s workout, we’d love to have you send along a little one page note about what the Hollywood Bowl, and November Project  specifically being in the Bowl, means to you. Here’s the first note from John Whitty to get your creative juices flowing:

My first time at the Bowl was with my first boyfriend. We had a bottle of wine with Solo cups, it was the height of luxury. He was there to listen to his favorite band and I was there mostly for the fireworks, but also to support him listening to his favorite band – because that’s what you do when you like someone.

My second time at the Bowl was 6:27am on a Wednesday morning, January 6th, 2016. There was no boyfriend and no wine, but lots of stairs and running with a touch of dry heaving. It was prime New Year’s Resolution season and I was embracing a friend’s “try anything twice” theory. So I woke up earlier than I normally wake up, ran further than I normally run and I ended up hugging far more people than I usually hug. Every time since then, I’ve kept coming back – because that’s what you do when you love something.

Joining November Project at the Hollywood Bowl has been my favorite thing about moving to Los Angeles. The Bowl itself is why I showed up in the first place. The best places to run are excessively touristy and national landmark-type locations where I can concentrate on anything but the actual running. The opportunity to work out at an L.A. landmark, nestled in a park-like setting with incredible views? What a perfect place to avoid thinking about muscle aches or shortness of breath!

After consistently returning that first month, it became apparent the Hollwyood Bowl means more because it brings together a collection of people I’ve grown to love. Some of them I know better than others, and those I don’t know yet I consider ‘friends just waiting to happen;’ but I enjoy seeing their faces and they like seeing mine, and that’s the hardest and best thing to find when you’re not from the place where you live.

There’s Erica (also from Iowa!) with the high fives and Danielle who talks to you like you’re the most interesting person she’ll encounter that day. There’s Ryan who asked me to join a kickball team, Kevin my accountabilibuddy, and John who motivates us with a voice meant for movies. Anthony has his star-spangled-awesome leggings, while Brad (tall) and Korey (also tall) make partner exercises a dream. Jonathan makes me laugh at inopportune times and then there’s Maggie who inspires me to keep going when I want to quit, but I can’t because she’s doing the whole damn workout on crutches. Angel and Lewis are fast, Alice teaches yoga and picks the best music, Tyler’s laugh is hilarious, Steve is genuinely welcoming and I’m forgetting so many but I guess my point is I wouldn’t know any of these Angelenos if it weren’t for the Bowl.

All of this is a long-winded way of saying: my experience at the Hollywood Bowl has made me a happier person and a better version of myself (permission granted: you are more than welcome to put that on promotional materials.) Since these workouts are free, I look forward to repaying the Bowl for years to come by spending the money -that otherwise would have been spent on expensive fitness classes- on critically important life expenditures…like seeing Sara Bareilles in The Little Mermaid and performances by the L.A. Phil at the Hollywood Bowl.

Thanks for that John, we feel the same way, and we’re really glad you’re here. DO GREAT, LA!!