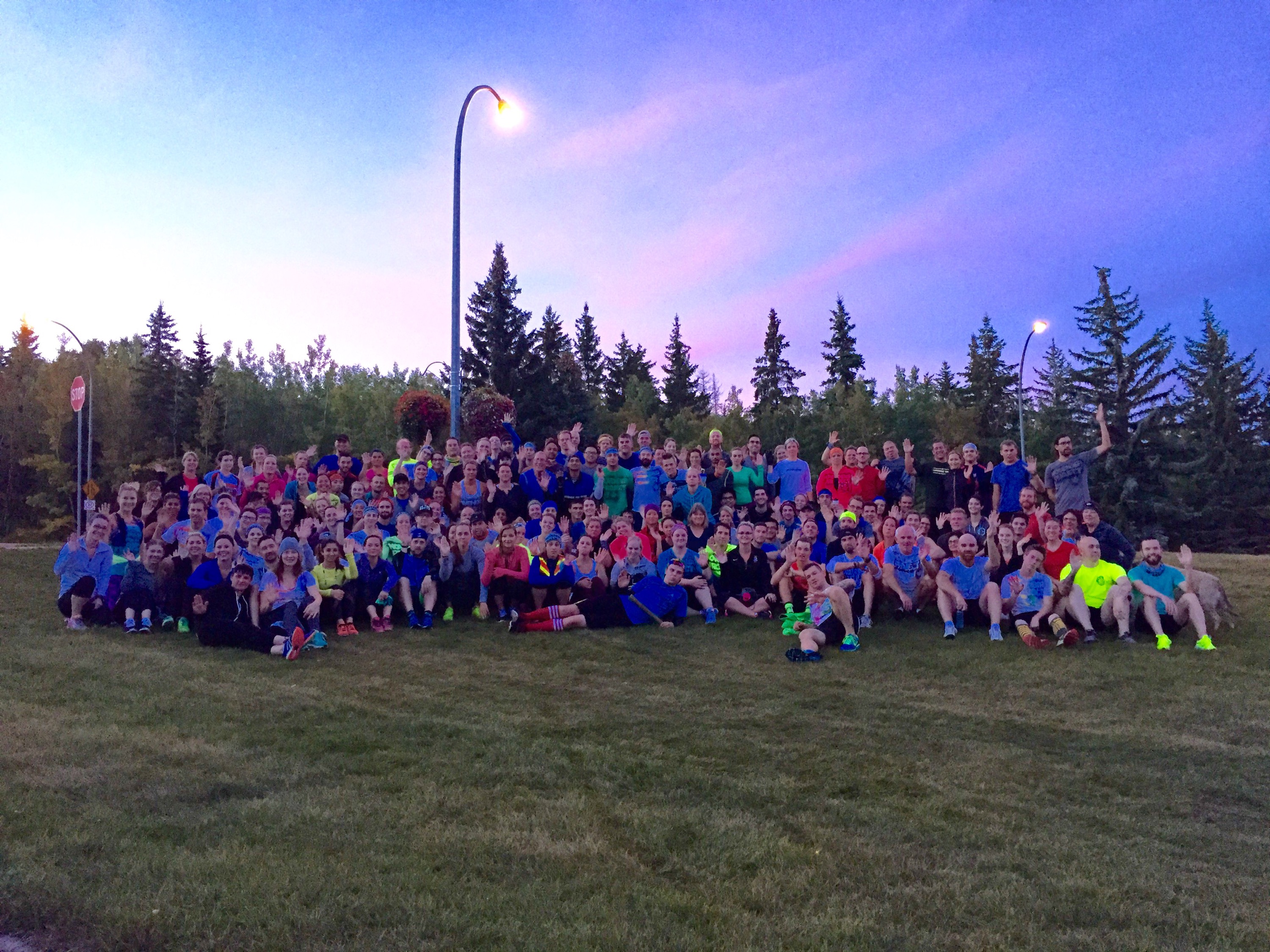 This morning we had some firsts and lasts. For a first, it was my first time leading the tribe in our fuck yeah and bounce, I tried not to screw it up too bad and if I did, you were all too nice to tell me. I think I may have started a little too loud for some of you because no one was coming near me until Thomas broke down the invisible 10 foot box that was around me. As for a last, we waved goodbye to Emily Murphy and her park as we are moving a bit east down the river next week to Walterdale Hill with those new led streetlights and sidewalks with no huge cracks. A couple more firsts were the newbies that came out and I hope for none of them that it will be a last.

It’s been two years minus a week since my first November Project workout when I showed up just for the workout. Over time, it began to be less about the workout (still hard as fuck) and more about the people that kept me coming back. I may have gotten faster over time and I may have better form on my push-ups but I have gained so many great friends, teammates and most importantly, drinking partners, that makes that stuff not even matter. I could go on forever how much this group of crazy people that came to workout at 6am three times a week mean to me but I need to sleep after working night shift, not because I’ll be bawling my eyes out right away if I keep going.

So we all ate some #hillsforbreakfast and had some fun doing it on a Friday morning, it’s the start of the weekend, go make the most of it, be it running a race, playing slopitch or just being fucking awesome, you earned it.

Schedule for next week

Wednesday – We are back at the RG stairs to hang out with our good pal, Constable Ezio Faraone.

Friday – Starting next week, our hill runs will be at Walterdale Hill.