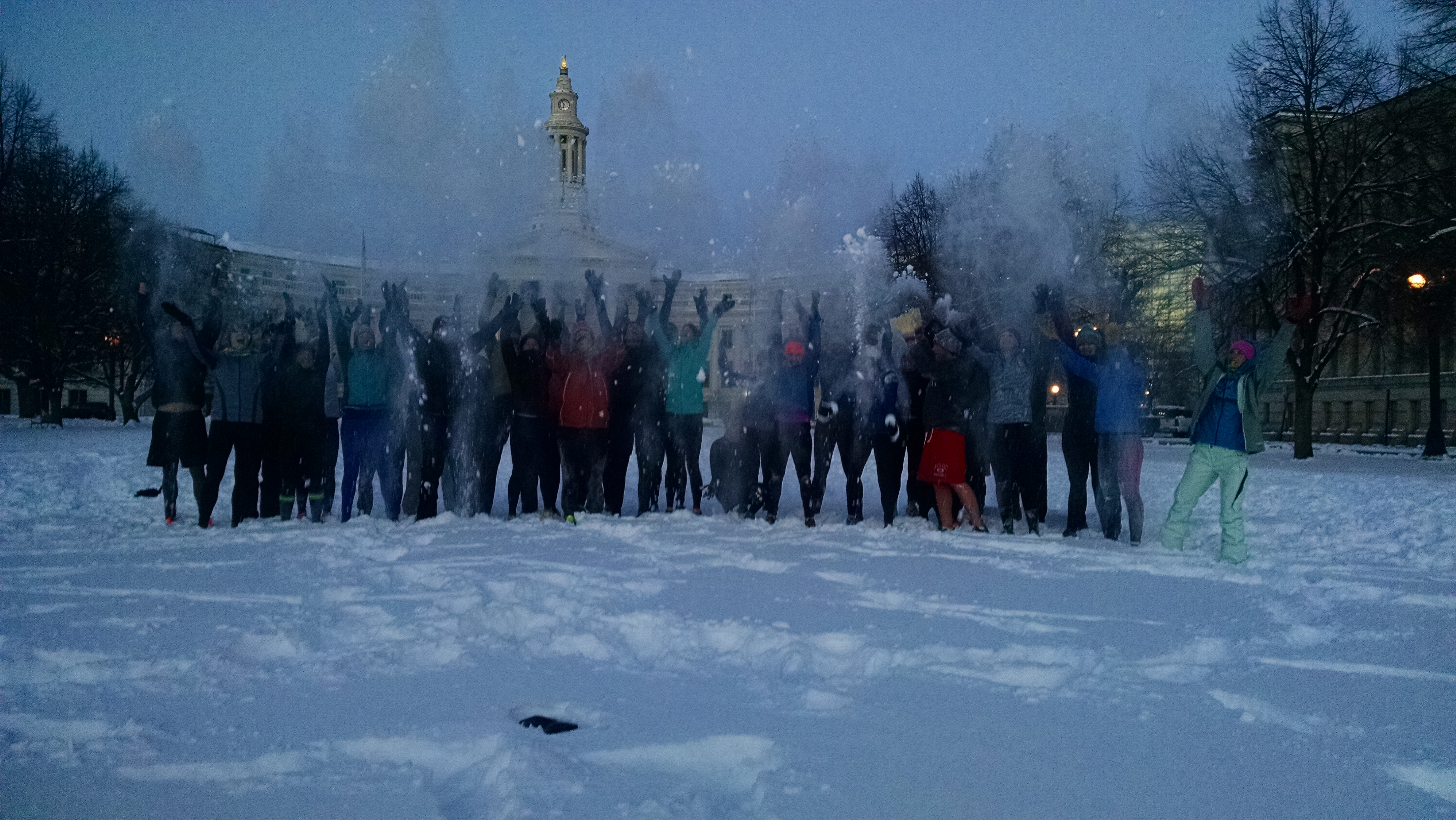 Ladies and gentleman, for the month of February we will be doing the “February Feature” where we feature YOU. We know how much you love reading the nonsense that spews from our mouths, fueled by those 6.7% alcohol-one of a kind-NP -endorphin- highs, but there’s only so much blab you can hear from us before you actually walk away dumber. SO, lets get to know this little family ours.  If NP has effected your life in some way or you have a story you’d like to share, or you need a place to tell jokes with a guaranteed audience, please let us know. This week, we feature Troy Coleman. Troy celebrated his 2 year NP-versary with us last Friday. If you don’t know Troy it’s because you’ve never come to NP. This is a guy who will show up with shorts all winter and a contagiously shit eating grin that remains for the whole workout. This is a guy who shows up week after week when injured just to give out high fives and belly yell “Fuck yeas” to keep you guys going. This is a guy who knows what this community is all about. Without further ado, Bearded Troy:

Sitting in the airport at Akron/Canton in December 2013, on the way home from Christmas with my wife’s family, I flipped open my Runner’s World and read about this November Project thing happening in Boston. I thought it was pretty damn cool and secretly told myself if I ever made it out to Boston I’d have to give it a shot. A month later I read that a tribe had started in Denver. I told my wife and she, without a moment of hesitation, said “Go.” According to her I “needed running friends.”

By this point, I had lived in Denver for three years and run eight marathons. I loved to run, but had never run with anyone. Hell, I’d only started running in 2007 when I first tried to quit smoking. I went from 2 packs a day to running every day to mysteriously thinking I could run a marathon to running alone… a lot. I also was pretty sure moving to Denver from Chicago was a really big mistake. This didn’t feel like home. I was lonely and in search of something.

That was when I showed up to Civic Center Park (a week after scouting to see if you all were really there). The Facebook page said to wear Broncos gear. I ran down towards the people in my Broncos jersey feeling more than a little silly. Then Dan saw me and walked over to introduce himself and gave me a big hug. After 35 minutes, I knew what hell “clovers” could be. Any previous notion I had of marathon experience giving me an advantage was sweat right out of me.

I was hooked, though. There were some super friendly people that were giving me hugs and telling me they were glad I was there. I had no idea why; but I was, too. Week after week, I ran to Civic Center and to Governor’s Park and then later to the Capitol steps and soon all over the city with these spray-painted people. Molly and Dan were always there, and always giving us great workouts. I started getting called “bearded Troy”– even when I was without a beard.

My marathon PR  dropped from 3:50:21 to 03:31:54 (still chasing that BQ). I joined a November Project relay team and ran from Canyon City to Crested Butte. In that van, it finally became very clear I was on the right island of misfit toys. Finally, through November Project, I was surrounded by friends who loved life the way I did. There was unbridled joy and excitement to do more. I realized that I needed to stop taking myself so seriously, and in doing so, became a much better runner.

November Project has helped me to be at home here in Denver and has allowed me to be part of something. I love showing up for my tribe every week and shouting, “Are you good?” as loudly as I can. For a guy who has cheated death a few times, I continuously feel gratitude for this life I get to enjoy. November Project gives me a chance to stay fit, yes; but also celebrate a unique kind of joy every week.

It’s been two years now as of last Saturday. I cannot thank you enough for just showing up.

ANNOUNCEMENTS: Friday is sled and run day! We’ll be at gov’s park. Please bring a sledding device. We will be running (in the snow so dress accordingly) up the hill and sledding down and it will be the most childhood fun you can have before work.

Thursday 2/18 at 6am: NP yoga at Lululemon Cherry Creek with Samy Mattei of the River.