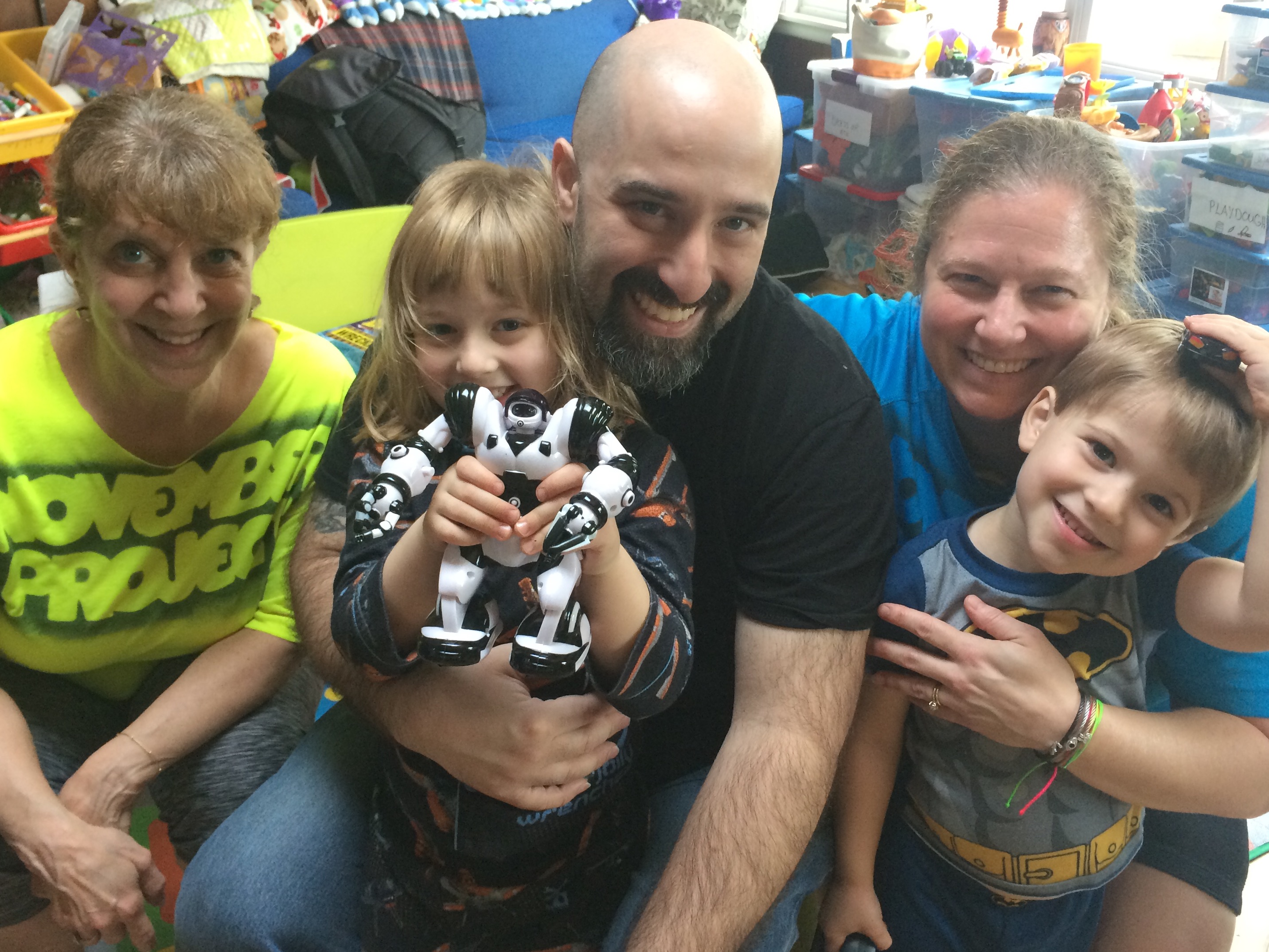 If you’ve run Summit Avenue, chances are you’ve met our friends Grace and Micah, who have the hill pretty much on lock with their high-fives, cheers for NP runners, and spot on Brogan Graham halloween costumes.  They are some of the youngest and most well-known tribe members around.  Their parents Jordanna and Adam, and grandmother Ruthe are also part of the Boston tribe and are super regulars in the stadium on Wednesdays too.  They get the prize for commuting the shortest distance to Friday workouts because they live at the top of Summit Ave.  But even if it’s easy for them to get there, Friday just isn’t the same without this family –they give out more love, hugs, support and encouragement, pool parties, and awesomeness than we could ever hope for.  Jordanna used to let Grace and Micah come outside to be excited about NP, and she has since become a fierce and loyal member of this tribe that she calls family.  Her guest blog gives us a little insight to how awesome she is, how important family of all kinds is to her little family tribe in the blue house with the swimming pool at the top of Summit Ave.  The tribe is family.

When I was eight or so, I asked my mother why our family was the only one that was so many different colors and languages.  It was the first time that I realized not all families were like that.  I felt badly for those other families who didn’t have a Venezuelan aunt, a Zambian uncle, a Japanese uncle and Israeli cousins.  My family has always been one that was both by blood and by choice.  Marriages, divorces, births, adoptions, informal adoptions:  all of these served to expand our ever growing family.

This was because of my grandmother, who lived in the big blue house at the top of Summit Ave, where I now live.  She was so inclusive, so non-judgmental, so supportive of everyone she ever met.  As soon as people met her, they fell in love with her warmth and joy and love.  No one ever wanted to leave her, which may be how so many people ended up living in her house and becoming a part of our family.  People just naturally gravitated towards her and she welcomed them with open arms.

I moved into her house after my grandfather died, almost 16 years ago.  Various friends lived with me over the years, continuing the tradition of keeping the house full of people who were chosen family.  While housemates moved out and on (or sometimes back in), we kept up family holiday gatherings.  At one point, for a Passover which included over 30 people, we took a survey.  We asked anyone that had ever lived in the house for a period of time (a few days to a few years), to raise their hands.  Almost three-quarters of the people in attendance had their hands up.

So when the massive NP tribe started running up and down the hill and my kids started getting waves and high fives and we started talking with BG and Bojan, I realized that you all were my people.  NP is all about community, family, lack of isolation.  NP is all about support, love, warmth and joy.  Over the years that I’ve been on the edges of the tribe and now a part of it, I’ve watched my kids’ idea of family expand to hold the idea that I grew up with:  Family is by blood and, if you’re lucky, by choice.

I had the opportunity to hear Dr. Bruce Perry speak at a conference recently and he talked about the idea of “relational wealth.”  Kids who’ve experienced psychological trauma, maltreatment and other Bad Things have a better outcome when they have relational wealth rather than relational poverty.  That is, they have meaningful connections to others.  The same is true for all humans, actually: the more relational wealth you have, the healthier you are.  No one gets better or stronger or happier in isolation.  Connection with others is good for your health, all around.

My grandmother left us with the words “love each other” as her final direction.  With November Project, I feel like we are carrying out her wishes every day.  I think that the big blue house on Summit Ave was destined to be on the November Project route.  It was inevitable that we would connect.  And I couldn’t be more grateful. Thank you November Project.  Thank you.

We will be exploring the South End on Monday – next to the Blackstone Community Center – and you want to be there.  It’s the LAST Monday of 2015.  Boom.  Verbal now and get the exact location here.