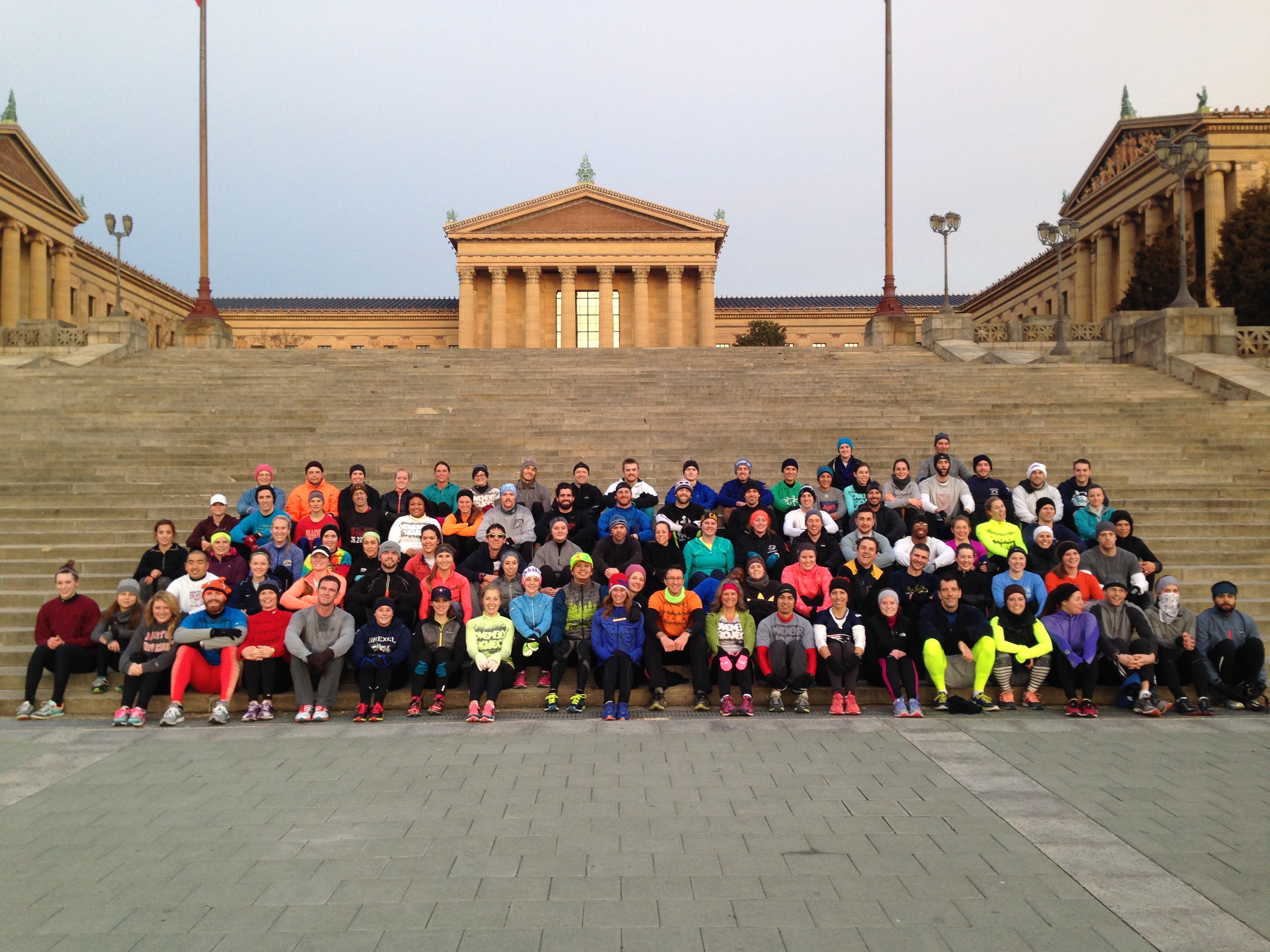 Today was nothing short of awesome, as per usual. We ran, we tossed some tennis balls around (pausing only for burpees, squats, dips, pushups and armless hugs). We raced, in teams, with an arbitrary winner, that we never announced. Kind of how #racingeverything works. You just race everything! Everybody wins today.

Everyone except maybe Matti? Matti did make it back with the hard hat this week. We didn’t shame her too much… at first! If you recall, last week was the first Wednesday ever that the hard hat did not return to a workout. She applauded the need for accountability while we applauded her for coming back with the hat in tow. Then, just when we thought the firsts were over, Matti attempted to award the hard hat to Joanna. The tribe cheered, peered around and no Joanna! While she had worked out with us this morning,  she also scooted out early for work. Maybe, Matti actually was the the big winner of the day? Taking the hard hat home again to give to Joanna later? I’d call shenanigans but the look on everyone’s faces when we realized Joanna was no longer there was too darn priceless! Well played! Thanks for keeping all of us (unknowingly) on our toes.

Stay on your toes folks. Keep your eyes on the prize and smile even when things don’t seem to go your way. Life is full of experiences, you win some, you lose some. All that really matters is who you take on the ride along your side! Happy to be riding with all of you! See ya Friday at Lemon Hill!

One Reply to “Everyone Wins Today – (PHL)”