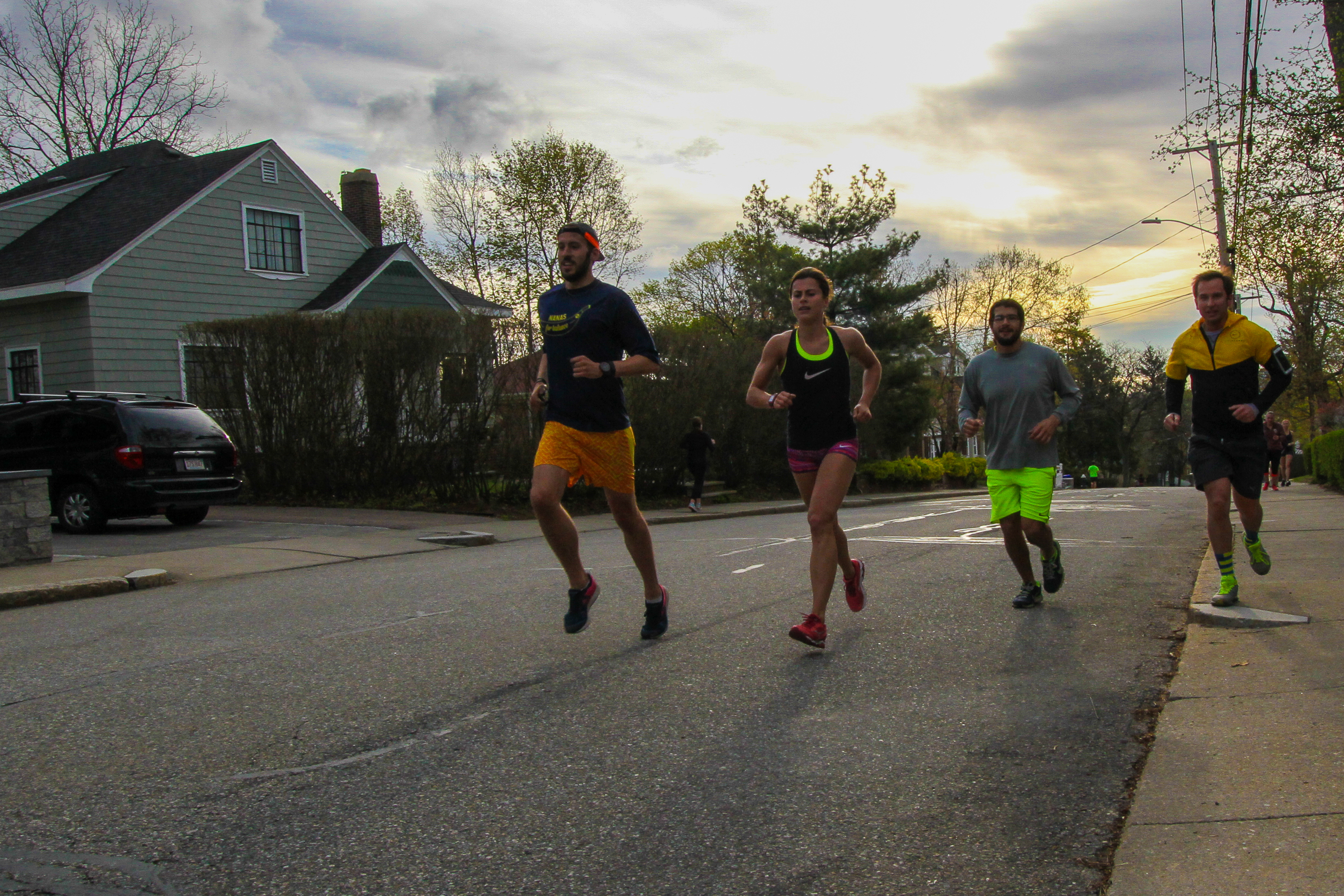 Today was one of those days when I feel like a starstruck kid walking around in a sea of celebrities.  Every 2 minutes I’d do a double-take, and step back in surprise and fucking excitement because “YOU!! You’re…hereeeeeeee!” There were tons of awesome, badass, fun, inspiring, and cool as shit tribe members in the house today–particularly a few (like 20) who we haven’t seen in a long time.  Some because they got deported to other countries, or moved to another state for medical school, or have been training for marathons and ultra races.  Some because I have no idea, but I’ll tell you what…I couldn’t have been more excited to see those faces.  To hug those bodies.  To feel the vibe that comes when you have more and more awesomeness surging up and down Summit Ave, bouncing in the playground, and staring dead-pan straight-faced at the camera for the group photo.  It was good.  It was really good.  It was probably more than good but my thesaurus is broken and I just want to keep telling you why all this is so freaking important.

Pay close attention to this.

We give a lot of shit to people who break verbals.  The We Missed You page is legendary, though it is both a point of shame AND pride when your friends take the time to notice you didn’t show the fuck up and they write about how un-fun you are for sleeping instead of getting free fitness with the tribe.

no one…I mean NO ONE shows up after being gone for a workout, or a week, or a month, or a whole damn year to find anything but open arms, warm and awkward 6 second hugs, the same “fuck yeahs” and high fives that they know so well.  You still might hear a “we missed you” but it’s because we really, actually, genuinely missed you.  And we are glad you’re here.

I was so happy to see EVERYone today.  There was no judgment, there were no grudges.  No eyes were rolled. No critical whispers of, “OMG did you see who bothered to show up today?” We don’t do that shit and if you ever hesitate to #JustShowUp because it’s been too long or you think you can’t show your face after all your broken verbals, well stop it.  Stop it right now.  It’s not been “too long.”  You’re not “too out of shape.” And no one cares exactly how many workouts it’s been since you were last bouncing with the Tribe.  It’s a fucking party when you show up.  It’s a rave, riot, mosh pit, festival, hoe-down, slow-dance, fast-dance, break dance party when EVERYbody shows up.  You’re everybody.  JUST SHOW UP because I want to feel like all the M/W/Fs are Christmas and the presents I open are all the tribe members I love (and the newbies like Connor too), every damn day.

Plus, when you show up we do awesome shit like not get run over by cars while crossing the street an excessive number of times during the Sue’s Ladder workout.  We ran progressively longer laps down the front hill, in the fashion of old school suicide runs.  Each time we hit the park at the top we did 10 burpees, then crossed the crosswalk to head down the hill.  First loop we crossed at York Terrace, next loop at Mason Terrace, third loop at Short St. and fourth loop all the way to Beacon.  Anyone who completed more than one full ladder repeated that short, longer, longer, longest pattern of badassery with a metric ton of burpees included.  A little spice on the #hillsforbreakfast this morning.  You’re welcome.  Y’all can track your reps on the fancy NP tracker, which is new and improved and fun to be able to show the world that you were there too.  Plus next time we do Sue’s Ladder you want to know if you got a little faster.  This is how you track progress.  Just like the big boys did when they created that little google doc called November Project.

MONDAY DESTINATION DECK: Is in the Seaport, base of the stairs across the street from the World Trade center.  Exact location in the tracker here.