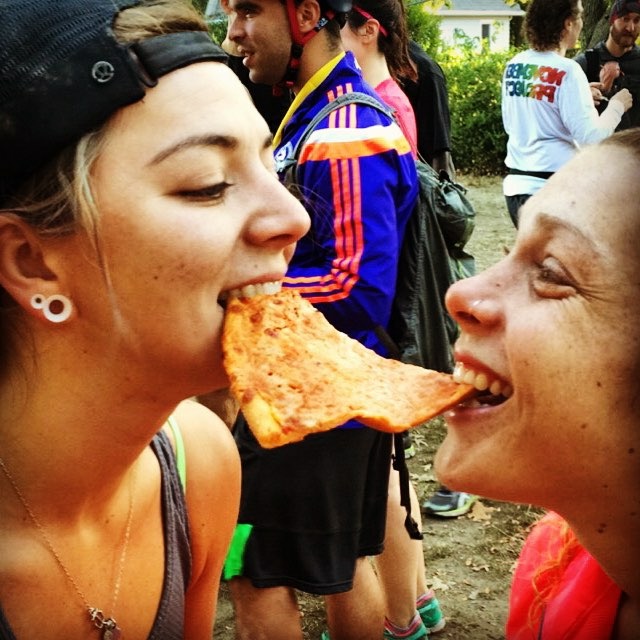 This one cuts deep. Not only ’cause my blog is about WMYs, but also because Erica Holt, the mother of the poster-family for November Project. In fact after today, we’re moving to a new family. The Klawiter/Anderson gang now hold reign. Is that what this is about? You couldn’t stand how cool Erika Anderson is and staged a sit-in with Erica George (also WMY’d today) Why did you miss out this morning Erica!? Even MY MOM showed up. What gives? With a thrilling recount of the events that may or may not have led up to this verbal fail, I hand it over to the one and only Molly “Yes My House Burned Down That One Time, Remember That? Isn’t It Weird That I’m The Same Person” Blumberg.

Hey Erica,
A few days ago, I was sitting on the beach half way across the world, dipping my little toesies into the Mediterranean and nursing a jellyfish sting that has swollen to resemble a large leg nipple (I was excited to show you it in person today, but alas that picture I sent you will have to do.) And in this serene moment I thought to myself, “Goddamn, I miss Erica Holt.” So I packed my bags and booked a flight home that would get me into Boston just in time to catch a bit of sleep and make my way to the Monday morning workout at Pleasure Bay.

You had texted that you would be there (multiple exclamations included to show how serious you were) and I was so excited that I sent back the twin dancing emoji. I woke up this morning tired and disoriented after a full day of traveling, but one thought got me out of bed. “Erica Holt.” I biked on down to Southie and took in the crowd. No sight of you, but there was still time.

Emily Saul even sang the world’s longest song about the United States in order to stall a few minutes for you.

The workout started and I still couldn’t find you.

And then the workout ended.

I thought that maybe after not seeing you for a few weeks I had forgotten what you looked like. Maybe you got a radical new haircut as is traditional in the Holt house at the start of summer. Maybe I was still asleep and dreaming in my bed after days of sleep deprivation. You see, as the mom of two of my best and coolest friends, I’ve gotten to know you pretty well over the past few years. I know that you love America almost as much as you love drinking Bud Light. It is the Fourth of July weekend after all, so that can be a deadly combination. But if I know you at all, I know (or I thought I knew) that no hangover stops Erica Holt. I’ve seen you rally hard the day after drinking like it was no big fucking deal. So I was a little worried when I didn’t see you. Had you gone too far?

How many beers are too many beers for Erica Holt? How many licks does it take to get to the center of a tootsie pop?

Probably the same answer for both questions.

I thought that I would text Charlie to make sure that you were ok, but the last time I asked for his digits he told me that he didn’t have a phone (classic blow off line right there). I guess it turns out that staying in your bed was more important than welcoming home your travel weathered friend. Anyways, I hope that you had a great and relaxing morning with your snooze button. Erica Holt, we missed you today. But I’ve already missed you for a few weeks now, so what’s a few more days.