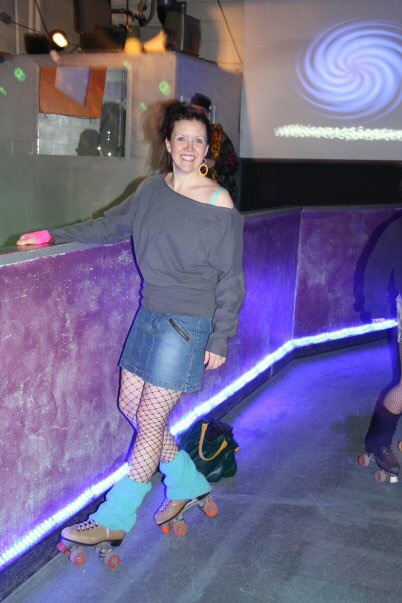 I don’t know…maybe you were busy baking goodies for the tribe (I did see many leave Wednesday’s workout with cupcakes and tarts and I also benefited from your baking prowess with macaroons). Or maybe you were up late cooking your December meals…I know that they are in high demand and I can understand why, my family enjoyed an amazing turkey chili Wednesday night. Regardless of the reason, I’m pretty sure that you’ve had late nights before and you’ve still made it out to a workout the next morning.

I think most would consider you a part of the NP Canada core…we just expect you to be there in the mornings. Even without a verbal we wonder where you are when your friendly face is missing. And we wouldn’t call you out unless you actually did drop a verbal & even the verbal you dropped to me Wednesday night during our run probably wouldn’t have resulted in this blog post (and yes, I did bring you the crop tights for you to try for your Honolulu marathon)…but the tweets last night, initiated by you even, to meet and run to our hill, well that is the straw that broke the camel’s back.

The real  kicker also is that I heard that you laid it on pretty thick to Josh who was leaning on the side of skipping today because he was up late last night…Hmmmm…guess what? – Josh did show up. He ran over without you by his side and his first response was concern for your safely. He didn’t for a moment think you’d stand him and the tribe up. He was genuinely worried about you! You’ll have to give him an extra long hug on Monday 🙂

We Missed You Erin!