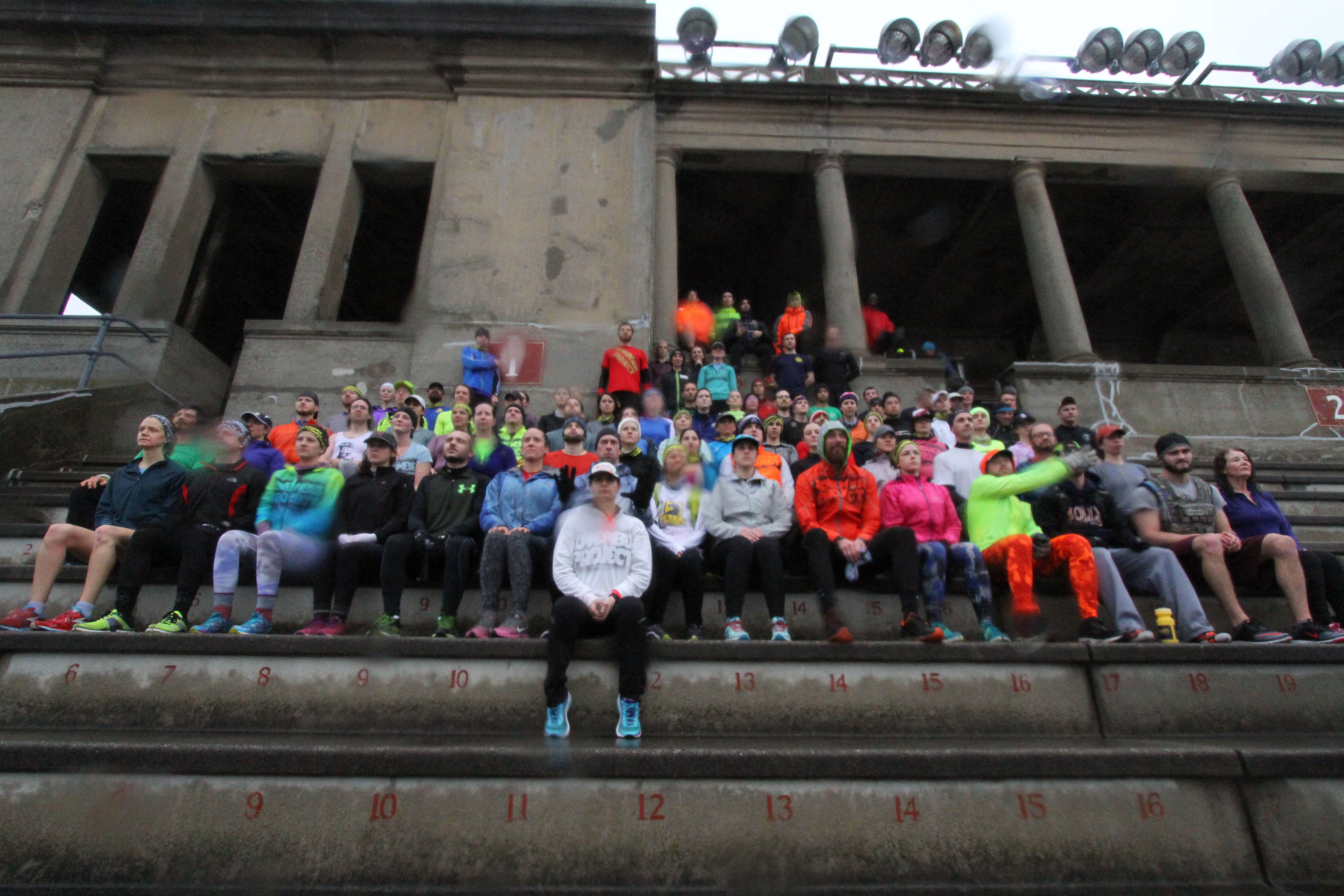 As I was leaving the stadium this morning I saw someone jump on someone else’s back for a piggy back ride. They were hootin’ and hollerin’ and carrying on, and I thought to myself: “Damn. This is an amazing bunch of humans.”
Then I took a step back and realized where I was. It’s 7:20 in the morning. It’s 36 degrees out, pouring rain, and windy as f*ck. We’ve all been out here for hours running, climbing, hugging, and laughing the entire time. To the untrained eye, we’re insane. We’re absolutely off our rockers. Who would do this?! Why on earth would you get up at the ass-crack of dawn, put your clothes on, get yourself to the stadium, and line up at the bottom of Section 37 to run stadium steps in these conditions??? All before most people are even awake?!

I snap back. I know it’s not lunacy. It’s real. It’s me. It’s my life, and there’s no place I’d rather be. I do it ’cause I love these fucking people. I love the vibe. I love that when I get out of bed at 4:30, that I know all of you idiots are gonna be there with me. I love knowing that I can count on you, and that you’re just as crazy as I am. I love that we push each other and hold each other accountable, and that regardless of weather, November Project will be running stairs on Wednesdays. It’s just the way things are. The sun will rise and set, the tide will come and go, and November Project will be running stairs at way-too-early-o-clock on Wednesdays.
Which brings me to my next point. I’m thinking about running some hills this Friday at 6:28AM. Anyone wanna join? It’s gonna be a blast. We’re gonna bounce and hug and run around. I also think it’s one of my friend’s birthday’s, so we’ll probably make them do silly sh*t. Not sure what the weather will be like, but knowing us it doesn’t much matter.

Nice job out there today folks.

ALSO! It’s almost March. Buy yo’ parkin’ permits for Hahhvahd if you do that sort of thing.