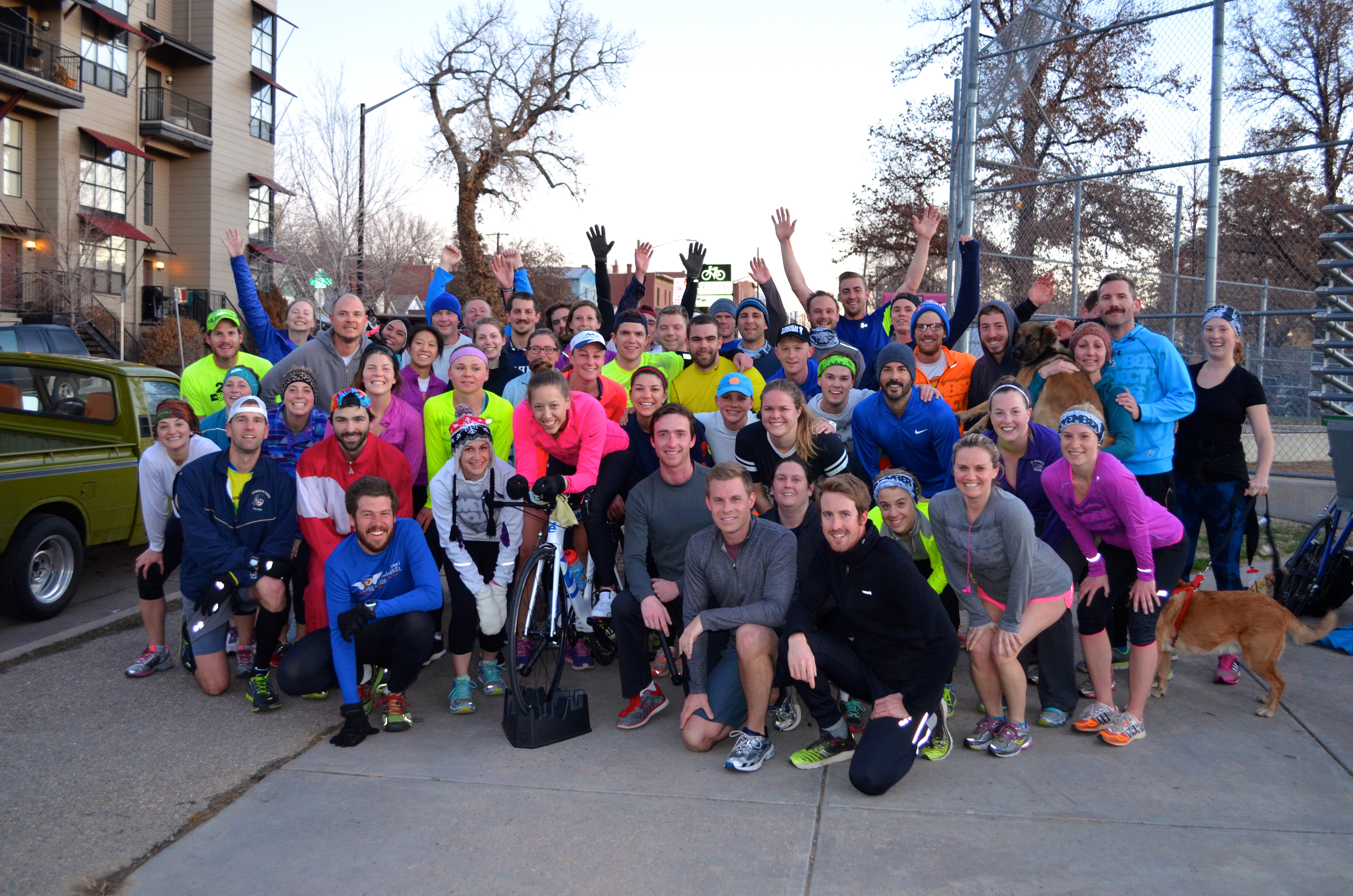 I’ve been quacking in my head all day since this mornings showing at the hill. Maybe its the spring weather that put a spring in your step, or maybe the fear of bathing suit (park bathing suit?) season coming up that brought out what felt like a larger than normal crew to the hills today. Whatever the reason, I’m a big fan. Almost as big of a fan as I am of The Mighty Ducks trilogy, which Dan, intentionally or not, so fondly reminded us of today. I like to think November Project Denver draws a lot of parallels to arguably the greatest movie trilogy of all time. Just like Coach Gordan Bombay, Lieutenant Dan found himself haunted by his dark past while being forced to lead a group of misfits to glory for #free as punishment for his DUI. Something like that… Sorry for putting Dan and DUI in the same sentence on the internet, Dan. It’s like saying the “b” word on a airplane. It doesn’t have a shed of truth to it but you still said it so you get taken into custody anyway. Did I tell you I thought you did a great job running today? Next time, I will try to write the blog closer to the workout so I can write about what actually happened. Things I should be talking about are how each person that joined us on the hill today got stronger and faster, made this community a little bit better and earned their weekend.  Also how Kaitlin Wallace is a bad ass who continues to take the injury deck to the next level by showing up with her bike trainer to add to the vibe and increase your high five ratio. Team  Gordon Bombay forever <3

Have a great weekend! GeneralMollz

NPSUMMIT3 is in Park City this year! Denver, this is your calling. The Summit will be centered around the North Face Endurance Challenge Series and will have people from all tribes and all places. Main NP even is the marathon relay. Sign up for teams of two or four. Let’s show the rest of the NP world what we’re all about. Check it out http://www.thenorthface.com/en_US/endurance-challenge/park-city-utah/?stop_mobi=yes