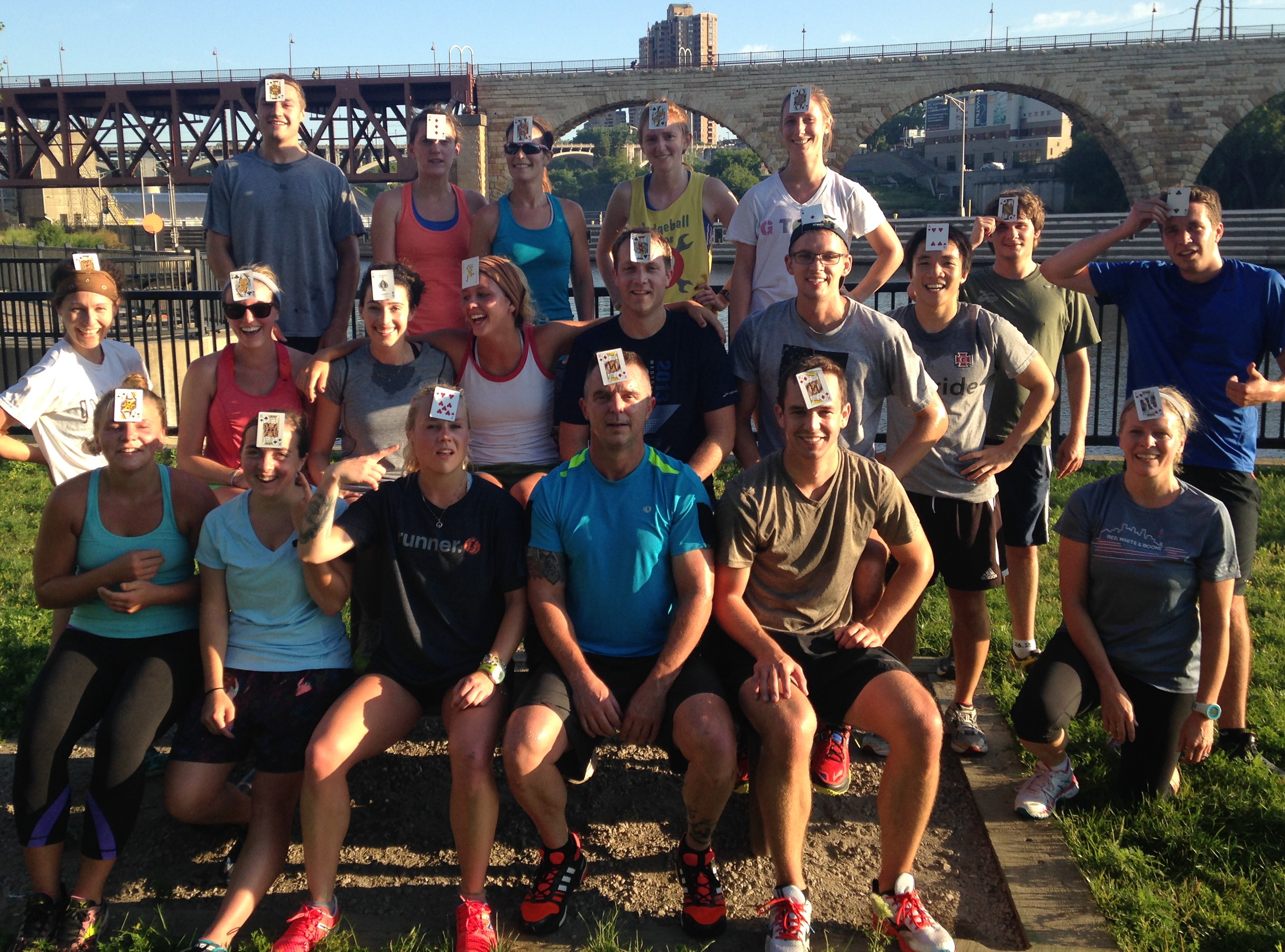 Wednesday was goooood. 3 newbies, and both tribe leaders on board. The sun was extra bright. Like, definitely bigger than usual.

The workout for the day began with the regular warmup; a river crossing over the Stone Arch and back. From there we made our way up to the Bridge Memorial for our main workout.

Our workout originally consisted of two decks of playing cards. And in a last second audible, an extra half-deck was added on top. The cards were spread out at the top of our hill. Every time a someone descended down the hill, they took a card with them. Every card suit corresponded to a specific workout, and the number on the card designated the number of reps of that workout to complete. That card’s workout was then completed at both the top and bottom of the hill. We were done once every card was used up and dropped at the bottom of the hill.

Some card workouts were more difficult than others, but everyone kept moving. So the person that got the 2’s & 3’s of spades all morning had the opportunity to run more hills while others took on 13 burpees at a time. Almost zero idling took place, as everyone was inspired to finish the decks together.

After all the cards were played, this weeks positivity award was bestowed upon Jessica Johnson. She has been around since the cold, and brings a powerful smile week after week.

Wednesday morning was tough, and super fun. Next time we hit the decks will be stronger and faster, and we will be greater in numbers. There will be more decks.

Next Wednesday, PR day. Best times will be dropped on the River Crossing course. So show up with some friends, and join the sweaty hug party.