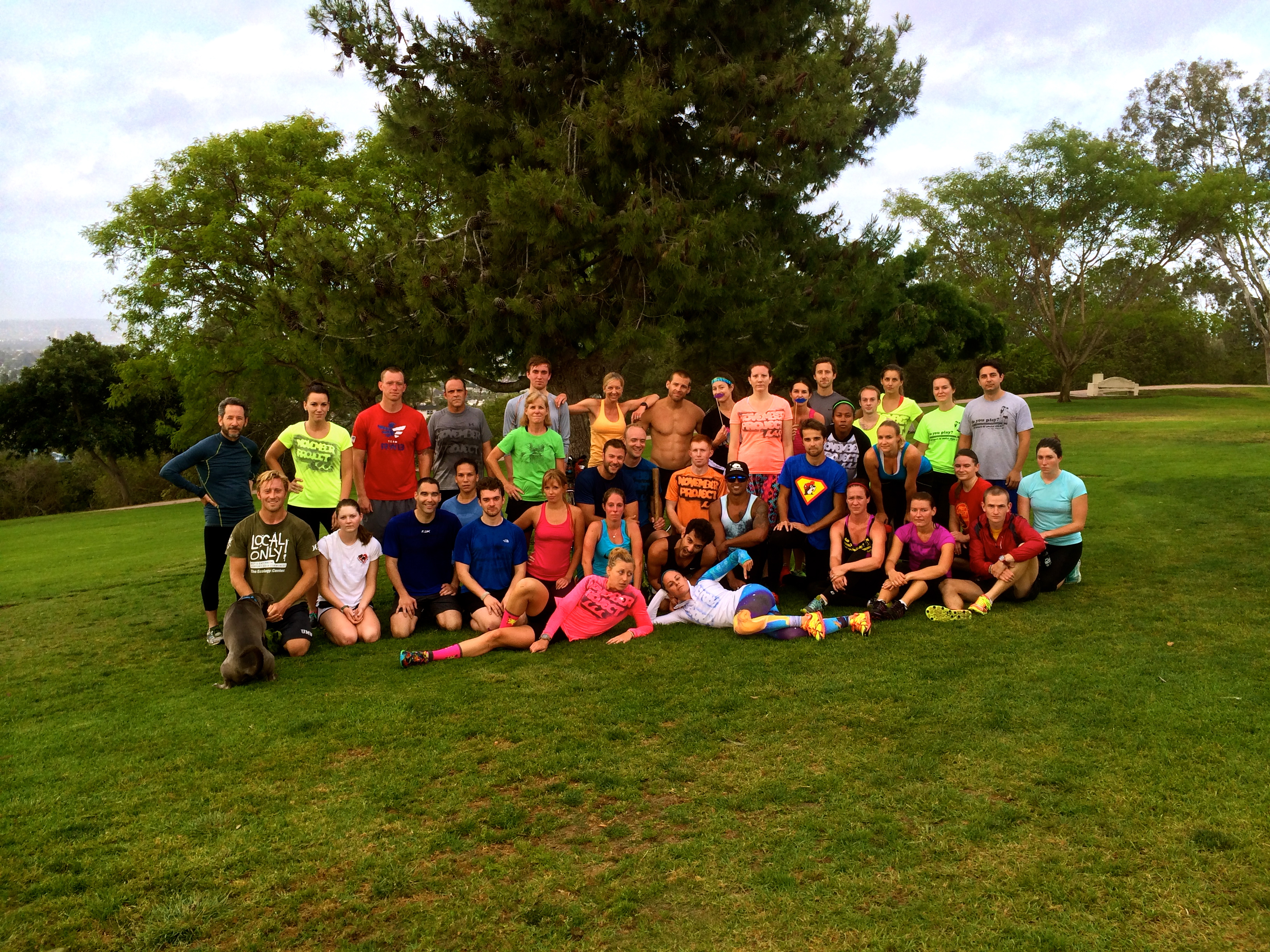 We all know by now that Kate Sessions is a magical place. Aside from the views, the bears and the occasional tweaker – it boasts the ability to humble even the greatest athlete, and to show any (wo)man exactly where they came from.

Our “around the world” workout was dubbed “the Circle of Life” workout today. This was originally named so because Lauren was sporting her snazzy Lion King Pants (obviously). What transpired over the next 30 minutes was nothing short of an evolutionary masterpiece.

We began at Station 1 flopping around on the ground like those very first tetrapods who were brave enough to leave the water. We flipped and flopped and once our abs were strong enough: we took the land. Sprinting through time we morphed into lizards and quadrupeds at Station 2. Getting lost in the music, our cores became solid and our butts screamed with strength. Station 3 was a fast forward to the Cro-Magnon era where men showed off their two-step skills to impress the ladies and our new found legs really started to heat up. The final station of today’s evolutionary ass kicker illustrated a perfect “circle of life”. How? Because after that shit – we all were right back to where we started: Flipping and flopping on the ground, in the fetal position, wondering how we got here, who was hugging me and why am I so sweaty?!

Well done you sexy beasts – Darwin would be proud!
As always – Be Happy! Be Strong! Be Bright SD!