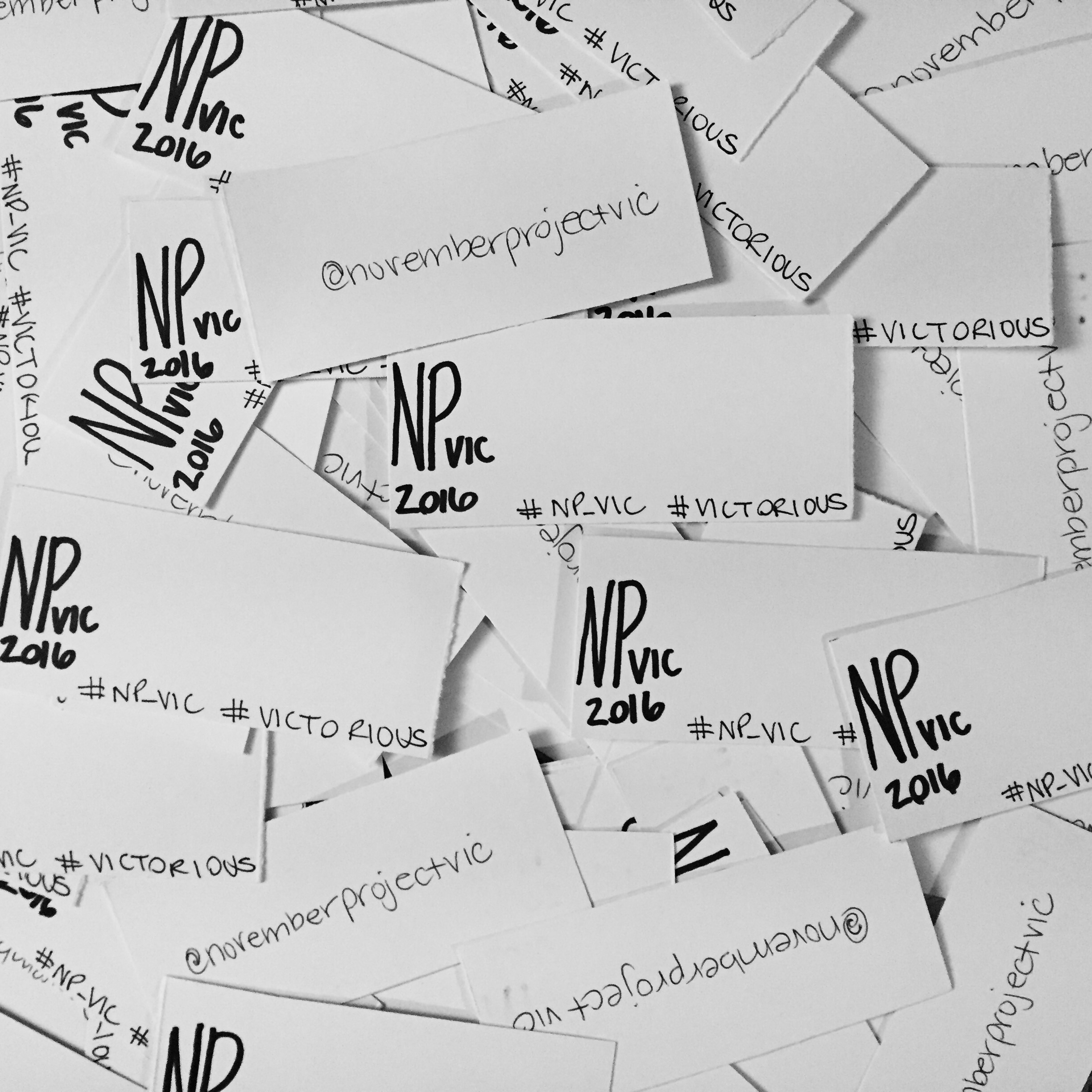 We’re gonna be Canada’s Fittest City. And we’re gonna charge to be NP’s Fittest Tribe. That’s gonna be our identity. We will be #victorious.

Here’s how we’re doing. This morning we had somewhere between 65 and 80 folks sweating in the dark (we’re unsure, we didn’t focus on an accurate head count…and did we mention it was dark), pounding their chests into the half inch of near-freezing water sitting on top of the parking lot we were working out in, getting dirt kicked into their clothes, hair and teeth by their neighbours. Getting hugged and high-fived by their neighbours. Yelling FUCKYEAH at those neighbours in response, whether they were an Olympic gold medalist (check), a collegiate cross-country running champion (check), a national team bob-sledder (check), one of the NPers visiting from Boston, Winnipeg and Vancouver (check), or one of the newbies charging to stay close to the group on their first time out (check check check. Every one of us finished with a shit-eating grin.

But it’s easy to think your team is winning, meeting its goals, when the endorphins are pumping and you have the benefit of no basis of comparison…but we did, we had our visitors. So I asked our friends from Boston, Winnipeg and Vancouver, how were were stacking up compared to those tribes:

Boston: “Holy shit, this is so much harder!”
Winnipeg: “It’s warmer here…though it’s a wet cold…but I’ve never worked so hard in my life.”
Vancouver (former high performance XC skier): “These arms* have never been so worked.”

FUCKYEAH, Victoria. Goals being met, already. One week in.

Where do we go from here?

We support every single one of our tribe in identifying, articulating, and achieving their individual goals. Because as that happens, as every one of us gets fitter, stronger, harder…yup, you know it, our whole tribe continues strengthen its place as the axis about which spins Canada’s Fittest City.

So at the end of today’s workout* we asked everyone in our tribe to write down a goal or goals, and share it with the tribe. Where someone in the group has information or input on how to achieve those goals, they’ll now be able to weigh in. Regardless specific supports, our teammates will hold us to account. And, like they do every Wednesday morning, they’ll cheer us on, making us go a little further than we might otherwise, expanding our sense of the possible, helping us to reach our goals, whether for the day or for the year.

‘Cause that’s how we roll. Empowering our community to do more, of anything and everything* they want to do, that fitness and fierceness and the power of having a team behind you will support.

So what’s on your list? #NP_Vic has your back.

*His arms hurt, everyone says it’s the hardest work they do, because we work the hell out of Victoria’s bodies, holistically, top to bottom, to glorious failure. Because while no NP tribe is a run club, we here are taking very seriously the goal of supporting our particular tribe to empower their whole bodies, to do any manner of activity, whether that’s climbing, or paddling, or cycling or, yes, running like they stole it. Because Vancouver Island is an outdoor multisport recreation paradise, and our tribe is gonna be able to get after all of it.