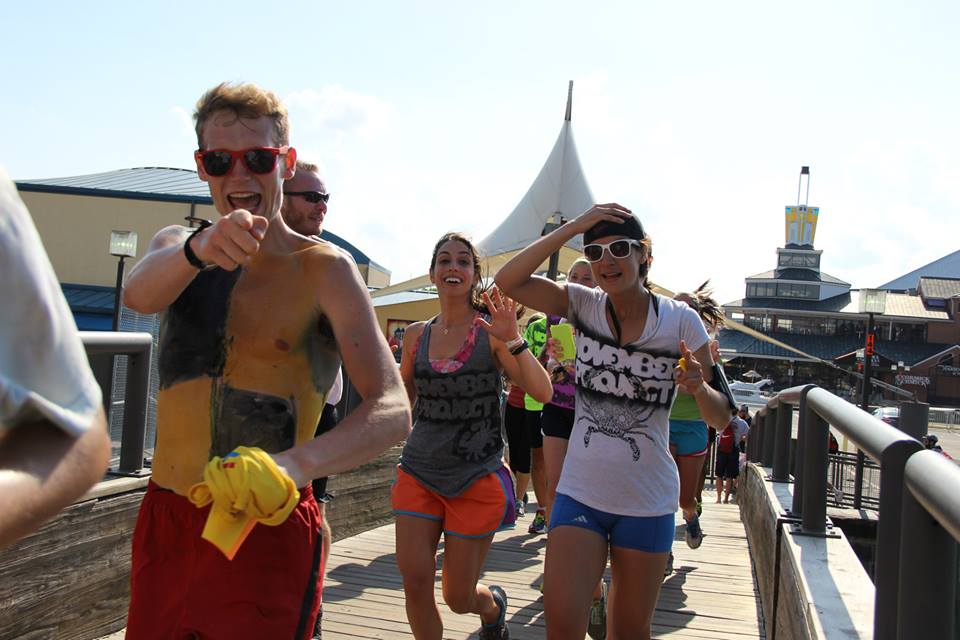 Saying goodbye sucks just as much as being extremely cold and not being able to warm yourself up or seeing a puppy you are just out of reach to pet. This past week we had to say some ‘see-you-later’s to a few core NP tribemembers as they take on new cities one bite at a time. One of those individuals was the fierce, fast-as-f@*k Ben Becker. This is his story.

I would like to start off by just saying you are all crazy. Just nuts. Out of your minds. And I love it. Don’t get me wrong, I’m on that boat, too. I have been fully immersed in the craziness and I wouldn’t have it any other way. I came to Baltimore knowing I would only be here for a year, and I was dead set on leaving here with no hang ups or reasons to be sad. And here I am knowing I am going to have to make multiple trips up each year just so I can let out my true crazy with you guys again. I still remember the first couple of times I joined you guys, Nick kept mentioning world takeover, and I’m not going to lie I thought to myself ‘I know this probably means nothing, but that’s something weird to say right? Like he doesn’t really mean it right? RIGHT?!? Maybe I have somehow found my way into a cult. Oh well, at least they are fun.’

Cheerful smiles and sweaty hugs have slowly become a staple to my weekly routine. Screaming ‘FUCK YEA’ at the top of my lungs no longer feels weird when I do it at 6:30am , but it’s a reason to get up. I am not going to lie, the tribe culture that you guys have created defies normal logic and intoxicates the soul. Cries of world takeover no longer scare me, but I really wouldn’t mind being ruled by Nick, Pat, and Syd overlords. I mean if the world showed even a fraction of the love that they displayed then we would be in a much better place!

As I have spent time with more and more of you all, in and outside of workouts, I realize as diverse as NP Baltimore is, it always attracts people with the same innate character. You are all just loving people. I have never gotten along with so many people that I just met right off the bat. Never once have I felt judged for wearing my booty length short shorts. It’s refreshing moving to a new city and having a new welcoming family.

Having been on cross country and track teams for the past ten years, I am not ashamed to say this is my favorite tribe/team/conglomerate of people to be a part of. When you are part of a running team, you make friends with people simply because you both love running, and sometimes that’s the extent of the friendship. But here at November Project, each and every single one of you guys inspires me. When I see all of you guys out there sweating just as much as me, or more, it makes me look deep down in myself to push even harder. And I swear I would not have the confidence to get back into racing without you guys. It is not about physical fitness, but about self-confidence that you build through blood, sweat, and tears to become the best version of yourself. And you guys gave me back that confidence through positivity and sheer enjoyment

I cannot wait to see the tribe as it grows and gets even better, and I am sad that I won’t be around to see it. As I move from place to place and reach out to new November Project tribes I know that no place will be quite like Baltimore. Baltimore will always be my home tribe no matter where I live. You guys inspire everyone to be themselves and be their best everyday. So if I have one wish (besides obviously you all moving down with me to North Carolina, duh) it is that you stay crazy NP Baltimore. Crazy looks good on you.