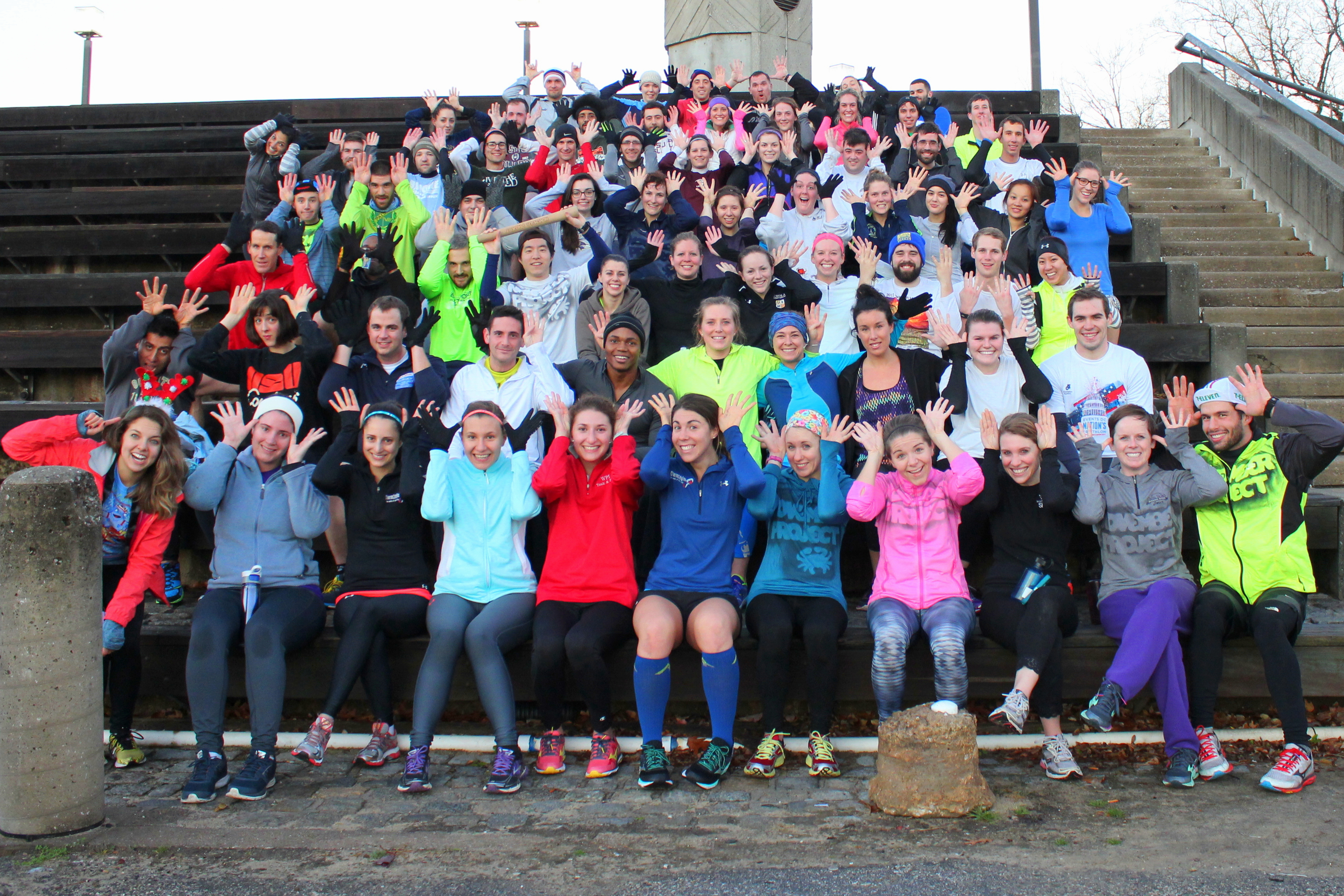 I don’t remember the day that the real identity of Santa was revealed to me. Don’t worry – no spoiler alert here. Please read on. It’s weird. I can remember running out of the back room on Christmas morning, past the tree, and straight to the fireplace, utterly confused at how Santa ate ALL the cookies even though I specifically left him a note to leave me just a piece #greedy. But I don’t recall one traumatizing, defining moment on the discovery of Santa’s self. Memories are funny like that. I just remember that I liked Rudolph’s claymation fawn girlfriend because she had a bow and eyelashes, and Yukon Cornelius because he’s just a weird fellow – and I always think Mr. Narwhal is in that movie but then realize it’s Elf and quote it all the same.

Anyyywhoooo. Today the tribe discovered how Santa and his reindeer train for Christmas Eve: flying around to all countries and all houses in 24 hours, which obviously takes a lot of work. They do a lot of complicated circuit training….like, an immense amount from what we discovered.

Breakdown: Groups of 9 together traveled to different countries (formerly known as cones and/or checkpoints) to work a circuit and wait for their Santa to run a lap and return to his reindeer all in one piece. Next country = new rotation of workouts = new Santa = whole hell new set of muscles to destroy.

Granted, I think reindeer in general really don’t need to train as they are fierce beasts with some sort of magical power that enables flying. But Santa….poor Santa…you greedy Sally. Regardless, each tribemember earned his/her honorary reindeer wings…or antlers this morning by just showing up, taking on a complicated workout, and throwing it down successfully in Mrs. Clause’s face like a batch of fruitcake you won at White Elephant. What?

Congratulations to our man, our Boston-rep, our thighs-for-days Wookie on being the most badass and positive this week!

And all I can say this morning is: thank you. Thank you for embracing the crazy, for just showing up, and for being the most positive additions to our week. Sometimes a hug is necessary and just cures all.