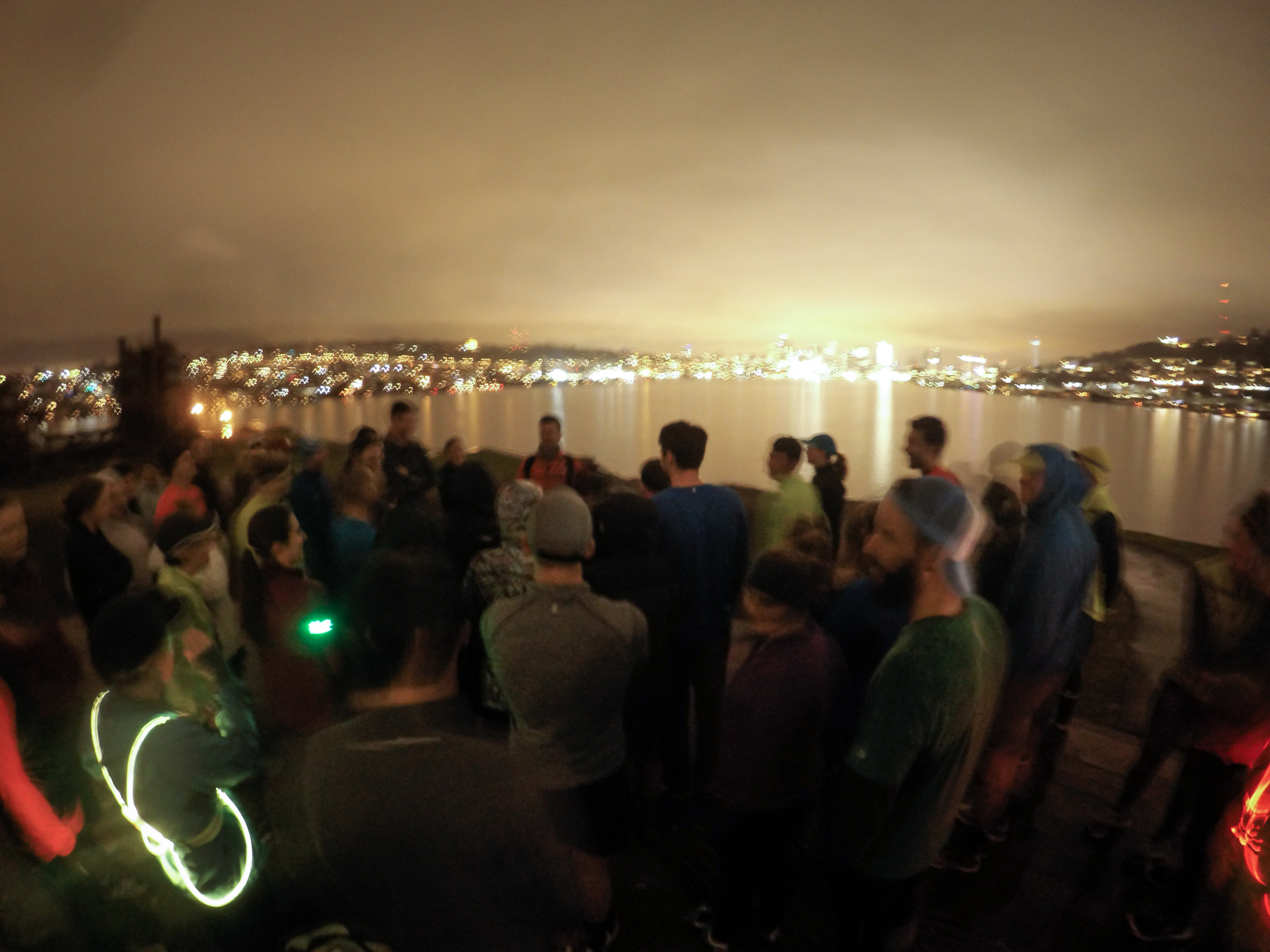 What is there to say about today’s workout?  Ben had us bear crawl, crab walk, calf raise, lunge, frog jump, and suicide in the pitch black and soaking wet.  It rained the whole morning and you couldn’t see anyone.  End of story.  It was awful, but we thank you, Ben.  If we’re ever looking for punishment in the near future, we’ll be sure to let you know.

Anyhow, on to the (somewhat) important stuff:

We’re growing and that’s awesome.  With growth comes change.  As we’ve talked about, this is going to be a massive year for November Project Seattle and there will be some changes made.  Buffs are on their way, socials are being planned, and Friday workouts are on the horizon.  All good things coming down the pipeline.

For your Co-Leaders, every day in the world of NP is a wild ride.  There are decisions to make, questions to answer, positions to appoint, workouts to design, photos to take, social mediums to manage, propaganda to share, waivers to sign (speaking of which, we need to sign those waivers…), and fuggin’ blogs to write.  However, after all is said and done, this isn’t Kelsey’s tribe.  It’s not mine either.  This tribe belongs to the individuals it’s comprised of, so as it grows and the community builds stronger in this city, look to yourself to step up and be an extension of the Co-Leaders.  In the long run, it will make the tribe stronger.

I know what you’re thinking.  “November Project Seattle has gotten too big, we’ve gone too corporate, and now we have TWO Facebook pages.”  Well, truth be told, you’re right.  We like to think we’re not completely selling out, but rather… Climbing the corporate ladder.

The tribe is strong.  It’s time we give them some power.