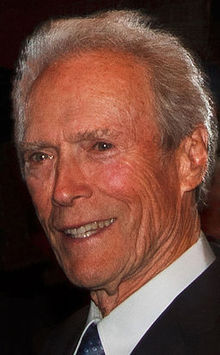 Potrero Hill is a residential neighborhood in San Francisco, California. It is known for its views of the San Francisco Bay and city skyline, its close proximity to many destination spots, its sunny weather, and for having two freeways and a Caltrain station. Vermont Street is a north-south street in the Potrero Hill district of San Francisco, one of a series of streets in the Potrero Hill district named after American battleships. Between 20th and 22nd Street, near McKinley Square, the street has seven sharp turns. This has led the street to be dubbed the crookedest in the world in competition with the better-known Lombard Street (Vermont, while steeper than Lombard, has fewer turns). In an episode of Fact or Fiction on the Travel Channel, Jayms Ramirez measured the sinuosity of Lombard and Vermont streets and found that Vermont is indeed more crooked (with a sinuosity of 1.56 versus 1.2 for Lombard Street). Sinuosity, sinuosity index, or sinuosity coefficient of a continuously differentiable curve having at least one inflection point is the ratio of the curvilinear length (along the curve) and the Euclidean distance (straight line) between the end points of the curve. This dimensionless quantity can also be rephrased as the “actual path length” divided by the “shortest path length” of a curve. The value ranges from 1 (case of straight line) to infinity (case of a closed loop, where the shortest path length is zero) or for an infinitely-long actual path. Vermont Street is featured in a chase scene in the Clint Eastwood movie Magnum Force (1973). Clinton “Clint” Eastwood Jr. (born May 31, 1930) is an American actor, film director, producer, musician, and political figure. He rose to international fame with his role as the Man with No Name in Sergio Leone’s Dollars trilogy of spaghetti Westerns during the 1960s, and as antihero cop Harry Callahan in the five Dirty Harry films throughout the 1970s and 1980s. These roles, among others, have made him an enduring cultural icon of masculinity. Masculinity is something Dan Clayton’s dad wishes his oldest son had more of. November Project San Francisco ran hills on Vermont Street on December 11, 2015. The November Project is a free, open-to-the-public exercise group founded in Boston, Massachusetts in 2011. The name “November Project” comes from the fact that the founders began in November, 2011 and used a Google Docs document to track their progress, which was called, “November project.” While sessions in all cities occur year round, the name stuck. Surprisingly not at the workout was NPSF regular, Tantek Çelik. Tantek Çelik is a Turkish American computer scientist, and has been the Chief Technologist at Technorati. He is one of the principal editors of several Cascading Style Sheets (CSS) Specifications.
Share via socials: