Last night was great! This morning was amazing! Giant thanks to all that came out to Landry’s last night to our #GrassrootsGear+ Launch Party to get the first look at our first ever line of t-shirts. The link to November Project online shop should be live so feel free to share with your friends, family, neighbors, professors, and of course your parole officer…The World takeover continues. We wouldn’t be able to pull last night’s event without our boy Mark Vautour, friends from Harpoon, Ninety+ Cellars, and Food Should Taste Good, our awesome volunteers that helped the event run as smooth as Brian Axelrod, and of course our current and soon to be wives for showing their unconditional love and support for everything that we do. read more 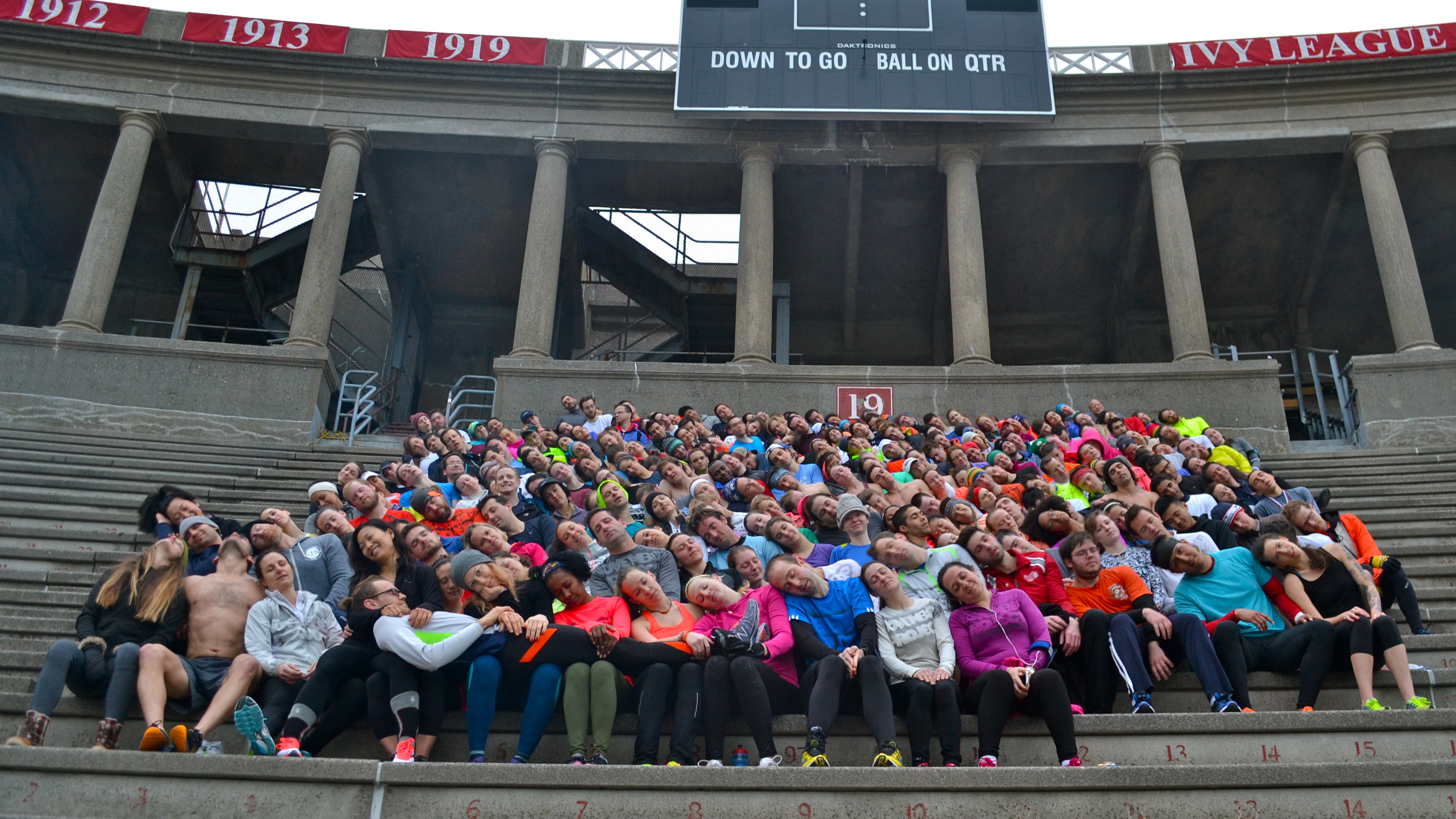 Man, oh man, I don’t remember when’s the last time we started the workout at the section 37 and ended it at section 1. Snow, ice, lions and tigers, have been preventing us from doing the full tour for most of the winter but this morning we were back at it and it felt good to be out there. Does that mean that spring is here? Well let’s not get too carried away… read more

Yes, November Project was a few dudes in Boston who started training on 1/11/11 with an attempt to train for free at a high level no matter what the weather brought their way. Yes, November Project grew in Boston in 2012 and has become the most fun this city has ever seen. Yes, the first new tribe in Madison turned into SanFran, into Edmonton, DC, Denver, San Diego. That was the #Powerful7 of 2013. When Baltimore, Indianapolis, and Philly jumped in after pledging for 2+ months earlier in 2014 we had the #Power10. Yes, we were beyond happy with a 10 tribe family. Yes, we had a hold on North America. And YES, today we took another giant step forward. read more