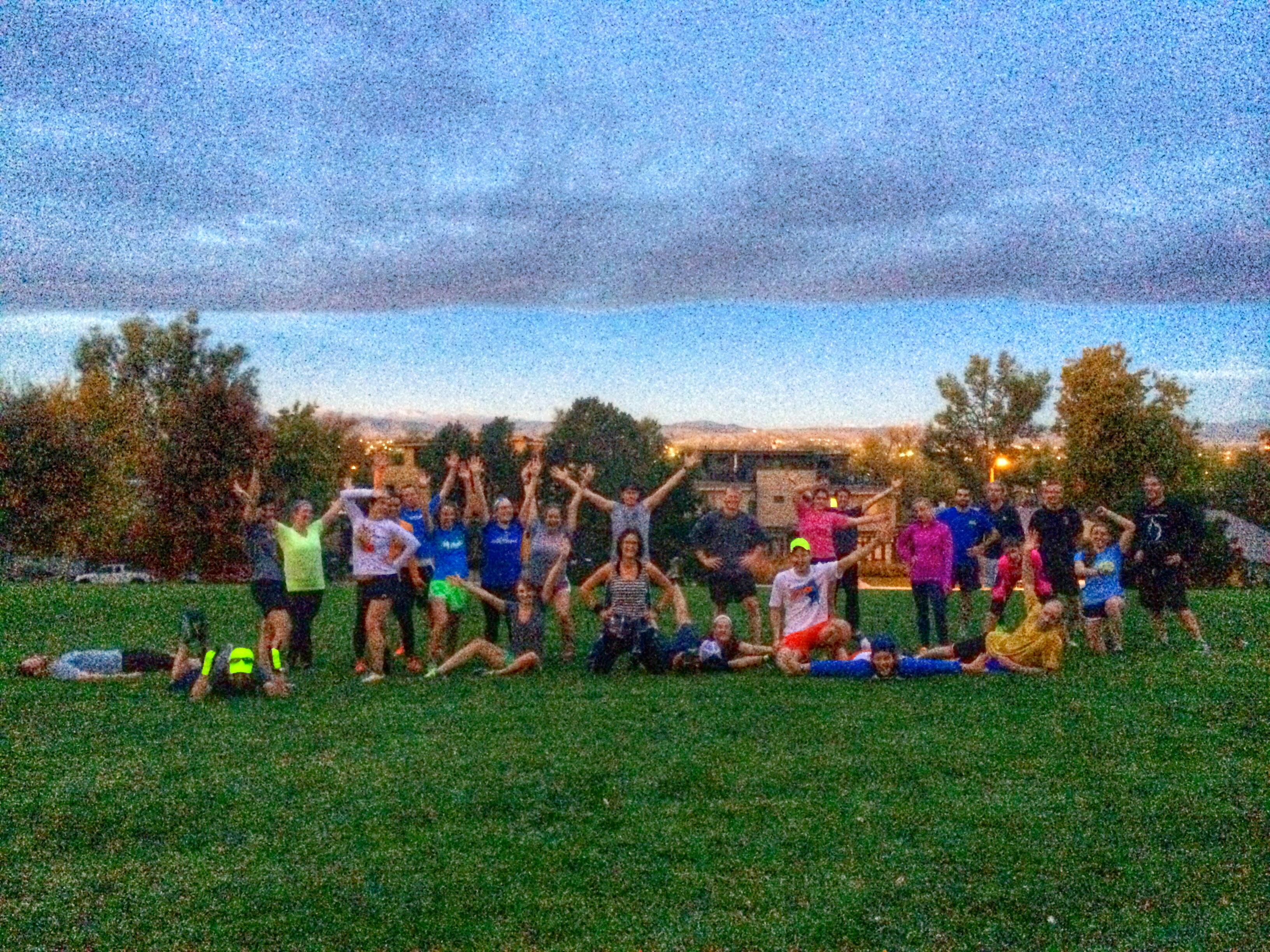 Today’s FUBU Friday was brought to you by AlliBell and Paul Rhode- a decision made while under the influence of alcohol and post half marathon endorphins. Well AlliBell, you make good decisions when you’re fucked up. If you are part of the tribe and don’t know AlliBell, then who do you know? So without further ado, I give you AlliBell:

On this dark Friday morning, #NP5280 showed up ready to crush some hills, do burpees like it was our job, and chow down on breakfast burritos with the satisfaction that we had earned them. The man with the beautiful calves, Paul Rohde, and biggest breakfast burrito connoisseur of them all, Alli Bell, led the troops this morning so that our fearless and uber-fit leaders, Lieutenant Dan and General Molly, could show the #NP5280 family what dreams are made of.

The tribe divided into teams of three. One person on each team started with killing hill sprints like they were being chased by one of those giant spiders in Harry Potter, another did some dips and sit-ups because why not, and the last person did BURPEES, BURPEES, AND MORE EFFING BURPEES. Because #NP5280 loves burpees more than the rest. Although we couldn’t see each other in the early morning darkness, the sounds of mouth breathing and sweat wiping could be heard echoing throughout the park.

The tribe finished with a trip to Illegal Pete’s, where the breakfast burritos were illegally tasty and heavenly to our aching muscles.

Tonight: Run to happy hour. Meet at 6 @ Gov’s Park tavern for a 3.5 mile run around Cheesman park followed by 2 for 1 beers! Sign up here.

11/5: November Project celebrates 3 years! Yearbook photos and more excuses to get down and sweaty and hug new and old friends.

If we don’t see you tonight, have a wonderful weekend. Where will your grassroots gear take you?