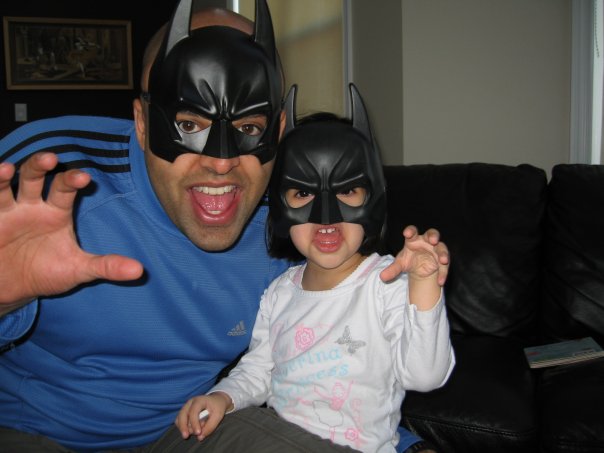 November Project Canada’s Min Dhariwal was notably absent at this morning’s workout. The popular sports reporter had given a verbal to two tribe members on Monday evening. Unconfirmed reports say Min was celebrating his half birthday on Wednesday which could have lead to his absence less than 48 hours later.

From an early age, Dhariwal had high hopes of playing professional sports. After his parents moved to Canada so he could play hockey in ’77, he disappointingly became a fan of the Montreal Canadiens, and shunned the not-yet-in-the-NHL Edmonton Oilers.

“Min was a better skater than any of the other children at his age. I remember seeing him blow by defencemen with his speed. They would turn and admire his long flow because they knew they couldn’t catch him” said Dhariwal’s Tom Thumb Coach.

“We would have scouts watch him from all over. They all wanted to see this kid skate. He had it all. I’ve never coached anyone with his level of skill. He could have been the Roman Oksuita of England.” Then, one morning, faster than he would end up losing his hair, Dhariwal’s career took a turn.

“No one really knows what happened that morning. Everyone seems to have their own story as to what happened. I remember him telling me at the game the night before that he couldn’t wait to see us at the morning practice.”

“The kids were talking about it all practice. We could barely get anything done. Even our assistant coaches were trading stories. There was this one story where someone saw skate past their parent’s vehicle to the rink in his full equipment on the sidewalk. That’s how fast he was. Another story had him running to the rink as he was chased by 3 members of a rival team wearing blue jerseys. All I know is that Dhariwal changed that day. After that day, he was never the same player. That compete level was missing. It’s as if someone had tied a parachute to him and the faster he tried to go, the slower he would be.”

Coaches, scouts, hockey executives and the entire country of England were devastated to learn that such a promising career had taken a turn for the worse. However, his family took the news harder than anyone else.

“Min was our pride and joy. He was supposed to help our entire family retire early” said an unidentified member of his extended family. “It was tough at first, and it took a few years, but eventually we learned to love him again.”

Min Dhariwal (left) is welcomed back into the family

With his hopes and dreams of playing for Les Habitants dashed, Dhariwal redirected his passion into being a fan for a different sport, soccer. Unfortunately, his country, England has been just as disappointing as his hockey career.

Recently, Min rediscovered his love for all things hockey. While his playing days may be over, he was able to settle in as a sports anchor behind the news desk of a national network. Like his hockey career, it began with much ballyhoo as he was able to meet a Canadian icon, whose last name is a fruit, within his first week of work. He has been a staple on the news network and can be found roaming the streets of Edmonton chasing down stories.

Dhariwal (left) with a Canadian icon

With Dhariwal’s unexplicable absence this morning, it can only remind us of his past. Whether or not this is a turning point in his career remains to be seen. One thing we know for sure, is that We Missed You this Morning, Min!

Will we see more of Blazer Min or Flip Flops Min?