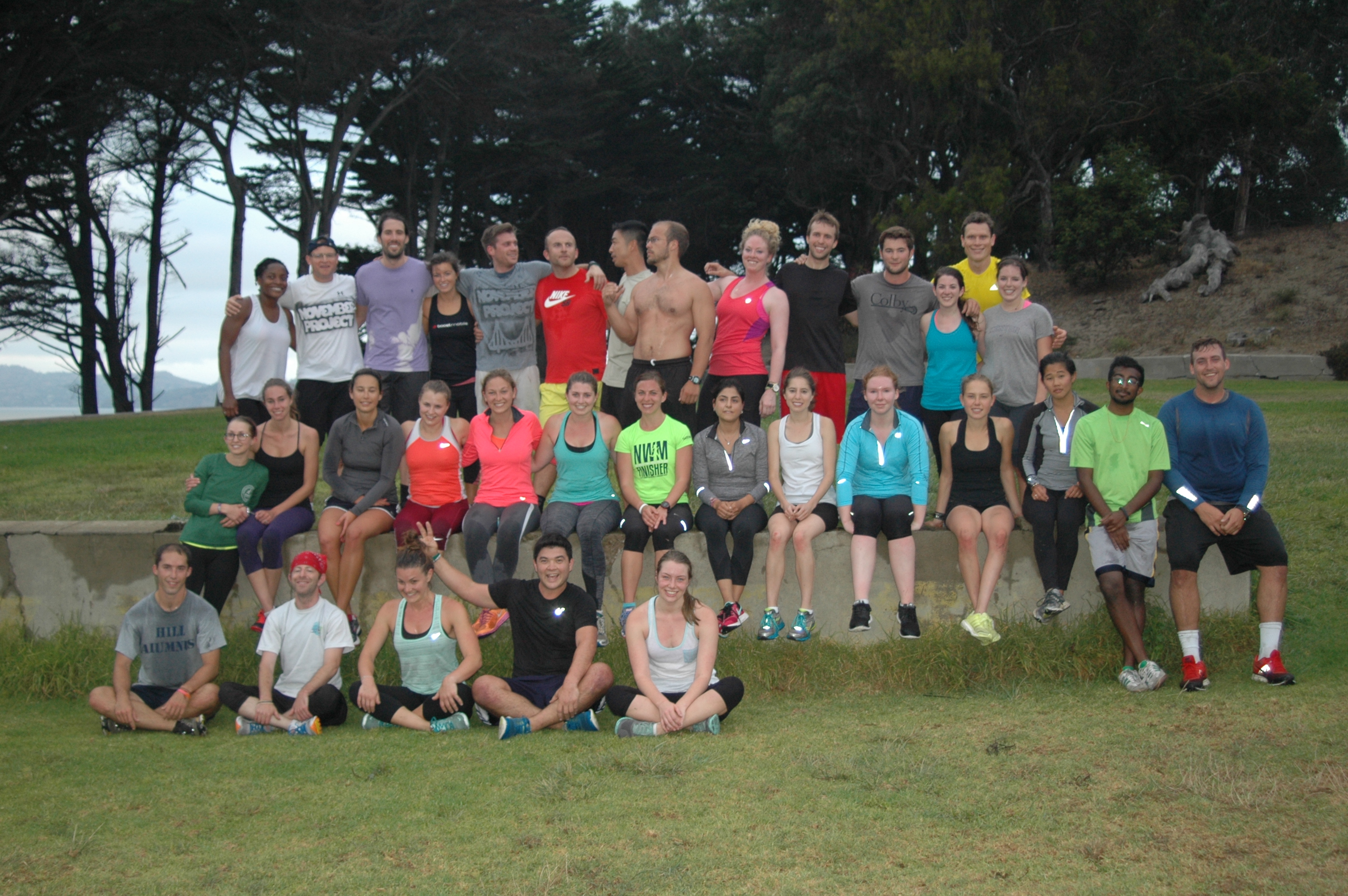 In keeping with our #BACKTOSCHOOL themed month, this morning the tribe experienced Foundations of Chemistry! What’s our back to school month, you ask? I’LL TELL YA!

Step One: Recruit the entire city. Invite everyone. Literally freaking everyone.

And that’s it! Simple enough, right? Recruit some, party some, workout LOTS, do good, be good, feel good. Got it? Great.

Today’s workout, as I mentioned, was Foundations of Chemistry. We separated the group into two halves, sent one half running in one direction around a loop, and the other half running the other direction. Each tribe member represented an electron (oh yes, we went there, we’re that nerdy), while the circle itself represented an atom. Paddy and Dan hung out in the middle like the bad-ass nuclei we are! On the backstretch, tribe members paused for 5 burpees. When they completed a full revolution, they collided with the first unpaired electron they saw for a series of partner workouts. Here’s where Dan and Paddy’s chemistry knowledge may have some holes — We wanted the atom to implode on itself a couple times during the workout, and by that we meant that we wanted the tribe to come to the middle and hold a squat circle for 60 seconds. We called this fusion… accurate? Probably not. Funny? Well, probably not. Fission occurred when the minute was up and our tribe members returned to the outside layer of the atom.

Inaccuracies aside, fun was had, bonds were made (heyyo!) and muscles were burned. We also learned that there are zero chemists in NPSF. Everyone here is working on their app and was no help to us whatsoever in designing this workout.